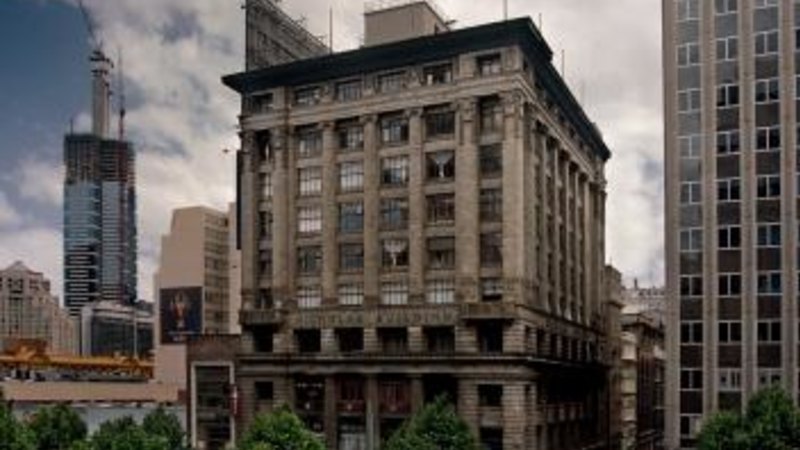 A group of wealthy Toorak families is selling the prominent Nicholas Building in Melbourne’s Swanston Street, famed for its collection of creative, idiosyncratic artists and small businesses, architecture and Cathedral Arcade.

The 1926, 10-storey office designed by Harry Norris is owned by four Toorak family groups, including surnames like Davis, Smorgan, Cohen, Price, Silverstein and Samuel, and is expected to fetch more than $80 million. 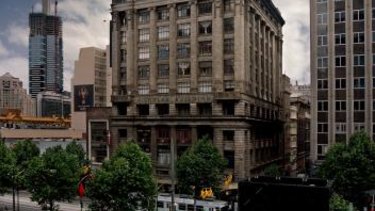 The Nicholas Building at 37 Swanston Street is home to creatives and crafters.Credit:Neil Newitt

On the south-west corner of Flinders Lane and Swanston Street, it lists more than 100 tenants in a rabbit warren of small offices and studios.

The sale is being overseen by agents from Allard Shelton and Colliers International. The former have managed the building and its eclectic tenants for years and confirmed the office tower is up for sale.

“The Nicholas Building owners have been considering their position with the property – as you would appreciate there are four family groups that have owned the building since 1973 and with a multitude of stakeholders,” the agents said in an email sent to tenants.

“After careful consideration a decision has been taken to offer the property for sale by a local and international expression of interest campaign which will formally commence next week and close mid-August.”

Milliner Serena Lindeman said she first moved into her studio office in 1999 and has stayed put ever since making ladies designer hats for racing carnivals and other events.

“Often its a place where the creative comes ahead of business brain. To me that’s rather wonderful. Its great to be around people who are generating wonderful products.” 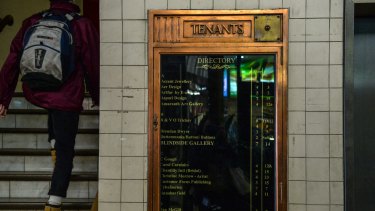 The Nicholas Building is owned by a group of wealthy Toorak families.Credit:Penny Stephens

On the building’s ground floor is the Cathedral Arcade.

It has a prominent barrel-vaulted, leadlight ceiling, patterned tiled floor and boutique retail spaces. it also features a distinct historic post box set into one wall.

The ground floor was renovated in early 1992 and the lower facade restored in March last year.

“It’s a well known building and a beautiful one at that,” said Joseph Walton from Allard Shelton. “We’re anticipating the market to be really strong.”

The building is next to the $11 billion Metro Rail project’s new Town Hall Station which, when complete, is expected to have the highest volume of foot traffic in CBD.

“It’s really going to be a repositioning opportunity,” Mr Shelton said, particularly the ground floor retail spaces which will connect through Cocker Alley into the new metro station.

The building is being sold subject to existing 112 tenancies. “I don’t think it’s going to impact them negatively at all,” he said. 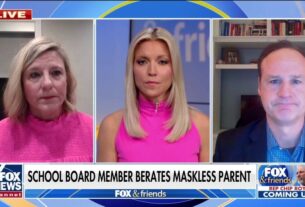