Martin Lewis lays out when to expect £150 council tax refund

Britons will automatically get the discount into their accounts if they pay the levy via direct debit. One of the more well-known and popular schemes is the council tax rebate, which can be claimed first by those who pay it through direct debit. The discount, which is worth £150, is available to households in tax brackets A to D which could see people claim a significant reduction on their council levy.

According to Government statistics, every person in the country who falls into these tax brackets make up 80 percent of the population.

It should be noted that households which are in tax brackets E to H will not be eligible for the discount.

With inflation at 10 percent and energy bills forecast to hit £2,800, many taxpayers will be looking to apply for the rebate.

Households do not need to apply for the reduction on their council tax bill as it will automatically be given to eligible households.

Furthermore, those who claim the support will not need to pay the £150 back to their local council.

As well as the announcement of the council tax rebate, the Chancellor Rishi Sunak recently confirmed a £400 energy discount for households.

This will be a grant and replace the previously announced, and controversial, £200 loan to vulnerable households.

Money from the rebate will be paid directly to claimants and will not be deducted from their final bill.

Organisations, such as the Local Government Association (LGA), are letting households know how they benefit from the discount.

Councillor Shaun Davies, the chair of the LGA’s Resources Board, outlined how having a direct debit arrangement could be beneficial for those looking to receive the rebate.

Mr Davies said: “This year will be tougher than most, particularly for those on lower incomes, so it is good that the Government is stepping in to provide financial support to help ease these pressures.

“Having a direct debit set up will mean councils can automatically pay the £150 energy rebate straight into your bank account.

“It is quick and easy to set up to pay council tax by direct debit via your council’s website.

“You can still get the money if you don’t have a direct debit set up, but it could take longer as your council will have to contact you and then you’ll have to make a claim.

“Councils will also now be looking to set up their local schemes to offer discretionary help to households who are not eligible under the terms of the rebate scheme, but who are struggling to meet the costs of rising energy bills.”

A Government spokesperson said: “The £150 council tax rebate is just one part of the government’s £22billion package of support that will help millions of people deal with rising living costs.

“Direct debit is the quickest and easiest way to pay council tax, and the best way for most people to get the rebate.

“But councils have a range of other options for people who don’t pay by direct debit.

“Most councils have already started paying the rebate and we fully expect the rest to do so without further delay.” 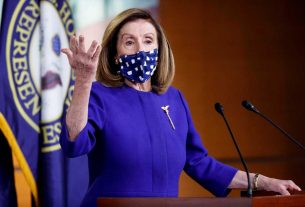