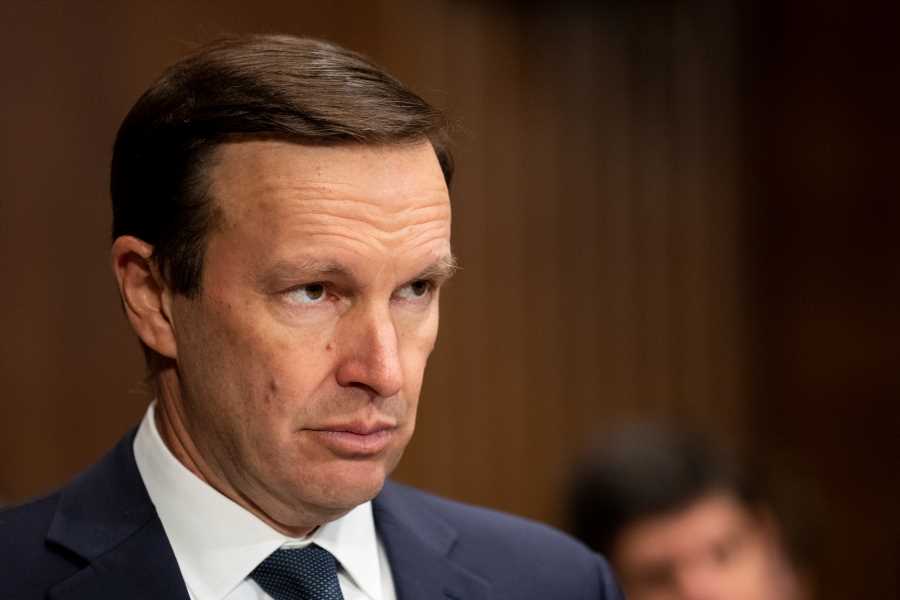 Chris Murphy has seen the photographs of the Sandy Hook Elementary School shooting. The Connecticut senator is one of the few people who have. The public has been spared the images of the “unthinkable, grisly, horrific scenes,” he says, so shocking that the first responders who first entered the classrooms required as much counseling as the parents who lost their children.

“I sometimes wonder what would happen if the photos from inside these scenes became public,” Murphy mused on Wednesday morning. “Would people be moved to action if they saw what a kid looked like after, you know, 12 or 15 bullets went through their body?”

Murphy doesn’t pretend to know what unfolded at Robb Elementary School in Uvalde, Texas, where at least 19 children and two teachers were murdered on Tuesday afternoon. Nor will he venture to imagine the scene at the nearby civic center, where loved ones were either reunited with their children or shattered by the news they never would be.

Armed Law Enforcement Was on the Scene in Uvalde. They Just Didn't Do Anything

'How Does This Make Sense to Anyone?': Late-Night Hosts Call Out GOP's Inaction on Gun Violence

But at the Newtown firehouse on December 14, 2012, he’d huddled with the families who weren’t spared the horror of learning their children had been among the 20 killed. The Uvalde gunman used an AR-15 type rifle, just as the Sandy Hook shooter had. So Murphy isn’t sparing anyone what’s emerging from Uvalde, never shying away from the heartbreaking details as he elevates reporting from the scene. “Imagine being 9 years old, and watching your friend get shot in the nose and collapse dead in front of you,” he tweeted, sharing a New York Times dispatch on Tuesday night.

Gun control advocates are not settled on whether anyone should publicize the gruesome, painful moments that accompany a senseless gun death — especially since doing so can retraumatize survivors, says Christian Heyne, the vice president of policy at Brady, a gun control group. But Heyne, whose mother had been killed by gun violence, signs off on Murphy’s efforts.

“I worry that something is rotting inside the core of this country as we numb ourselves, intentionally, to these murders,” Murphy says. “I don’t want people to put this in a convenient box or to sanitize the reality of what this is. I want people to deal squarely with the reality — and the reality is awful and terrifying.”

I asked Murphy to put his own experience at Sandy Hook into context. A massacre is a “crime scene,” he says. “Very often, the bodies don’t get moved immediately. Very often those kids lie on the floors for a long, long time. You know the kids don’t have IDs on them, so it’s the parents who have to do the identification. These AR-15s — they explode when they hit the kids’ bodies. Sometimes the kids are unrecognizable. Last night, they were doing DNA swabs of the parents. That might be because that was the only way to identify who these kids were. You get shot through the nose via an AR-15, there’s nothing left of your face.”

Consider this the next evolution of the calls to action Murphy’s been making ever since the 2012 Newtown massacre. The tragedy in the then-House member’s district forged Murphy into one of his party’s fiercest gun control advocates. He offered thoughts and prayers on the solemn occasion, in keeping with a custom to not immediately politicize deaths. But Murphy lost his patience for political deference after the Senate failed to pass a background checks bill the following April. When a gunman killed nearly 50 people at Orlando’s Pulse nightclub in 2016, Murphy staged a first-of-its-kind 15-hour filibuster to demand action on gun control.

Upon every tragedy, he’s now rushed to the Senate floor to deliver a fiery repudiation of senseless tragedy — including Tuesday night, when he excoriated his Republican colleagues for nearly a decade of inaction since the Sandy Hook tragedy. To do so is now nearly a universal Democratic party position. For proof, look no further than Rep. Ruben Gallego’s (D-Ariz.) tweet declaring Sen. Ted Cruz (R-Tex.) a “fucking baby killer.”

The speeches and insults have done little to dislodge partisanship entrenchment as Congress settles into its familiar post-massacre cadence. House Democrats passed a pair of gun control bills last March and are clamoring for the Senate to do the same. Sen. Joe Manchin (D-W.V.) vowed to do “anything I can” to pass “common sense” gun laws, but refuses to eliminate the filibuster, virtually guaranteeing their demise. Cruz, Texas Gov. Greg Abbott (R), and former President Donald Trump, meanwhile, will address the National Rifle Association’s annual conference in Houston this weekend.

Murphy, ever the optimist, will spend the next ten days negotiating with his GOP colleagues to find some compromise legislation. There’s an “all too slim” chance that will happen, Senate Majority Leader Chuck Schumer (D-N.Y.) admitted to reporters today, when “we’ve been burned so many times before.” But if a deal is to be made, Murphy says, making Uvalde’s aftermath real for his fellow lawmakers will be key.

“I want my colleagues, even if for just a second, to put themselves in the place of those parents in Uvalde — to think about what it would be like to have to walk into that school and identify your child, face down in his fourth grade classroom, six or seven hours after he’s been shot,” Murphy says. “I want people to think about what this is like because maybe it forces them into action.”