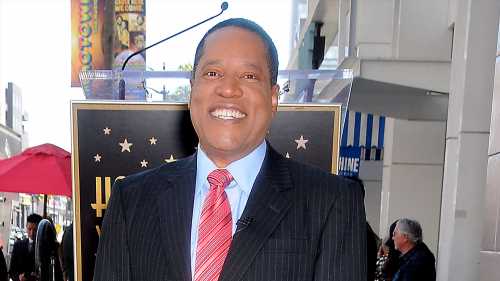 If Gov. Gavin Newsom is recalled next week, the entertainment industry will lose a valuable ally in Sacramento.

The industry’s top concern at the Capitol is the film and TV tax credit, which provides a 20-25% discount on eligible production spending in the state. In July, Newsom signed a two-year expansion of the program, bringing it to $420 million a year, and indicated he would support making that increase permanent.

With the exception of former San Diego Mayor Kevin Faulconer, the leading Republican candidates to replace Newsom all oppose the film incentive.

Radio host Larry Elder, who has led in the replacement polls since entering the race in July, has long been against giving tax credits to Hollywood. He sees the program as “hypocritical,” given Democrats’ support for higher corporate tax rates on other industries.

“I find it interesting that Hollywood pulls that lever for the Democratic Party, that raises taxes, and then they go to Sacramento to complain about taxes being high,” Elder said at a press conference on Tuesday. “I support lower taxes for all businesses, and when I get to Sacramento I intend to do just that. But I’m not going to choose any particular business.”

Voting in the recall ends next Tuesday, and the entertainment industry has been contributing heavily to the “no” campaign. Reed Hastings, co-founder and co-CEO of Netflix, has given $3 million. Other donors include political action committees affiliated with IATSE and the Motion Picture Association, as well as four of the six MPA member companies: Disney, NBCUniversal, Warner Bros., and Paramount. The tax credit is the central focus of the MPA’s lobbying in Sacramento.

Elder, who has been campaigning with conservative actor Scott Baio, challenged the entertainment industry’s financial support for the governor.

“I ask the Hollywood community that has donated a considerable amount of money to my opponent to look in the mirror, and ask themselves whether or not they still want to be Democrats and the tax-raising party, while complaining about having to pay the taxes that they just voted to raise,” Elder said.

Elder has long made a sport of attacking liberal celebrities. In his 2003 book, “Showdown,” he spent several pages going after Sean Penn, Rosie O’Donnell, Alec Baldwin and Richard Gere.

And on his radio show, he has repeatedly criticized California’s film tax credit. In 2017, he noted that the Quentin Tarantino film “Once Upon a Time… in Hollywood” had been awarded an $18 million credit, and launched into a critique of the program.

“Every year here in the great state of California, Hollywood hires a bunch of lobbyists to trek up to Sacramento to push for tax credits in order to stop what they’ve called ‘runaway productions,’” Elder said at the time. “It’s a brilliant marketing term.”

John Cox, the businessman who ran against Newsom in 2018, is also opposed to film tax credits. In an interview, he said that he would work to phase out the program if elected.

“It’s far more important to reduce the cost of doing business than to hand out a few credits to some cronies,” Cox said.

In July, the state Assembly voted 66-4 to increase the tax credit program from $330 million to $420 million for the next two fiscal years, and to create a separate $150 million incentive for soundstage construction.

Kevin Kiley, a Republican candidate who serves in the Assembly, was one of the four who voted no. In a statement, Kiley said he supports tax cuts for all industries, not just for the entertainment business.

“I favor lowering tax for film and television along with all California industries and workers,” he said. “Our state is too expensive and Californians need broad relief — that’s my goal as governor.”

Faulconer is the lone supporter of the program among the top contenders. In 2014, he signed a letter supporting expanding it from $100 million to $330 million.

At a campaign stop, Faulconer said he also supported the more recent expansion, and said he sees the program as a valuable investment in one of the state’s key industries.

“It’s jobs. It’s economic impact,” Faulconer said. “Other states have been trying — and unfortunately successfully — to poach from California for too long. We need to stand up and be competitive and I will.”

Caitlyn Jenner, the former Olympian known for starring in the reality shows “Keeping Up with the Kardashians” and “I Am Cait,” has been trailing far behind in recent polls. Her campaign did not respond to requests for comment.

If Newsom is recalled, the new governor would not be able to single-handedly repeal the program. But the governor would get to appoint the leadership of the California Film Commission, which administers the credit. Colleen Bell, the current executive director, is a Newsom donor. She gave $10,000 to his campaign in 2018 and $32,400 earlier this year.

The current program expires in 2025, and will have to be reauthorized by the Legislature. That’s not likely to come up in the next year, but whoever is elected governor in 2022 would have to approve that extension.

Though Elder is a longtime critic of Hollywood’s politics, he is not a stranger to the industry. In addition to doing his long-running radio show, he hosted two seasons of “The Larry Elder Show” on TV and four seasons of “Moral Court.” In 2015, he received a star on the Hollywood Walk of Fame.

Cox has also had some industry experience. He is an investor in “Reagan,” the upcoming biopic about the 40th president, starring Dennis Quaid. Cox has a small role as Chief Justice Warren Burger.

Cox said the film was shot in Oklahoma, but not because of tax incentives there. Instead, he said that labor costs were cheaper.

“The government in Sacramento has literally priced the film industry out of California,” Cox said. “They need to hand out credits because they’re making costs so high on the other end. I want to reduce costs.”

As mayor of San Diego, Faulconer opened a film office to handle permitting for film and TV productions. The office replaced the San Diego Film Commission, which had actively promoted San Diego as a production locale, and which had closed years earlier for lack of funding.

Cathy Anderson, the longtime CEO of the commission, said she urged Faulconer’s office to fully restore it, arguing it was essential to rebuild the crew base that had left the city. But that idea did not get traction.

“He’s just not helpful,” she said. “He’s sort of listening, but he’s not listening to what it would take to really do it.”

Nevertheless, Anderson said she would probably vote for Faulconer on the replacement ballot.

“I guess he would be the lesser of all the evils if you had to choose someone,” she said.