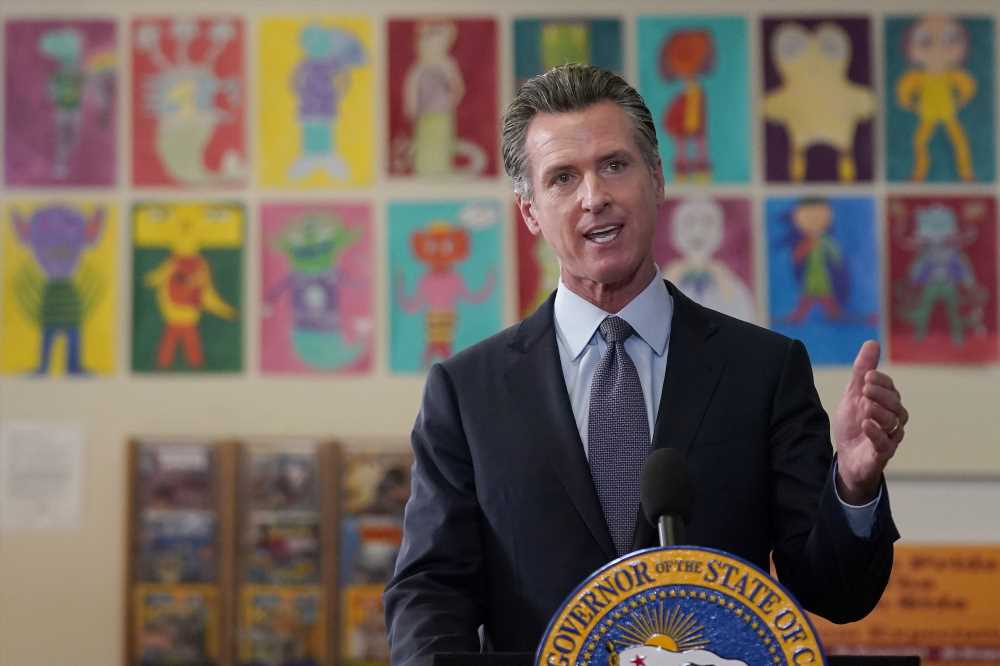 California Governor Gavin Newsom is pushing for a ban on assault weapons and ghost guns that mirrors the state of Texas’ approach to denying women the right to an abortion.

Newsom said Saturday that he has directed his staff to work with the legislature and attorney general on a bill allowing citizens to sue makers and distributors of the weapons in California. The proposal, Newsom said, would allow private citizens to “seek injunctive relief” as well as up to $10,000 in statutory damages per violation, plus costs and attorney’s fees, “against anyone who manufactures, distributes, or sells an assault weapon or ghost gun kit or parts in the state of California.”

“If the most efficient way to keep these devastating weapons off our streets is to add the threat of private lawsuits, we should do just that,” he added.

The push comes a day after the Supreme Court declined to suspend a Texas law that allows private citizens to sue, for up to $10,000, anyone who “aids or abets” an abortion after six weeks gestation — before many even know they are pregnant. Abortion providers in the state are currently suing Texas state medical licensing officials over the law, and the United States is suing the state. But while those cases move forward, the Supreme Court said in a 5-4 decision that the law must stand and declared that clinics cannot sue the state’s attorney general, judges, or court clerks, as they had tried to do. The anti-abortion law, signed by Republican Gov. Greg Abbott, severely limits the availability of the procedure in Texas, and that’s what Newsom, a Democrat, is hoping to accomplish with restricted firearms.

“SCOTUS is letting private citizens in Texas sue to stop abortion?!” Newsom tweeted. “If that’s the precedent, then we’ll let Californians sue those who put ghost guns and assault weapons on our streets. If Texas can ban abortion and endanger lives, California can ban deadly weapons of war and save lives.”

The gun control push decision comes as California appeals a judge’s ruling that its decades-long ban on manufacturing or selling a number of assault-style weapons was unconstitutional. In a June decision, a federal judge wrote that an AR-15 assault rifle was, like a Swiss Army knife, “good for both home and battle.”

“If states can now shield their laws from review by the federal courts that compare assault weapons to Swiss Army knives, then California will use that authority to protect people’s lives, where Texas used it to put women in harm’s way,” Newsom said in the statement.