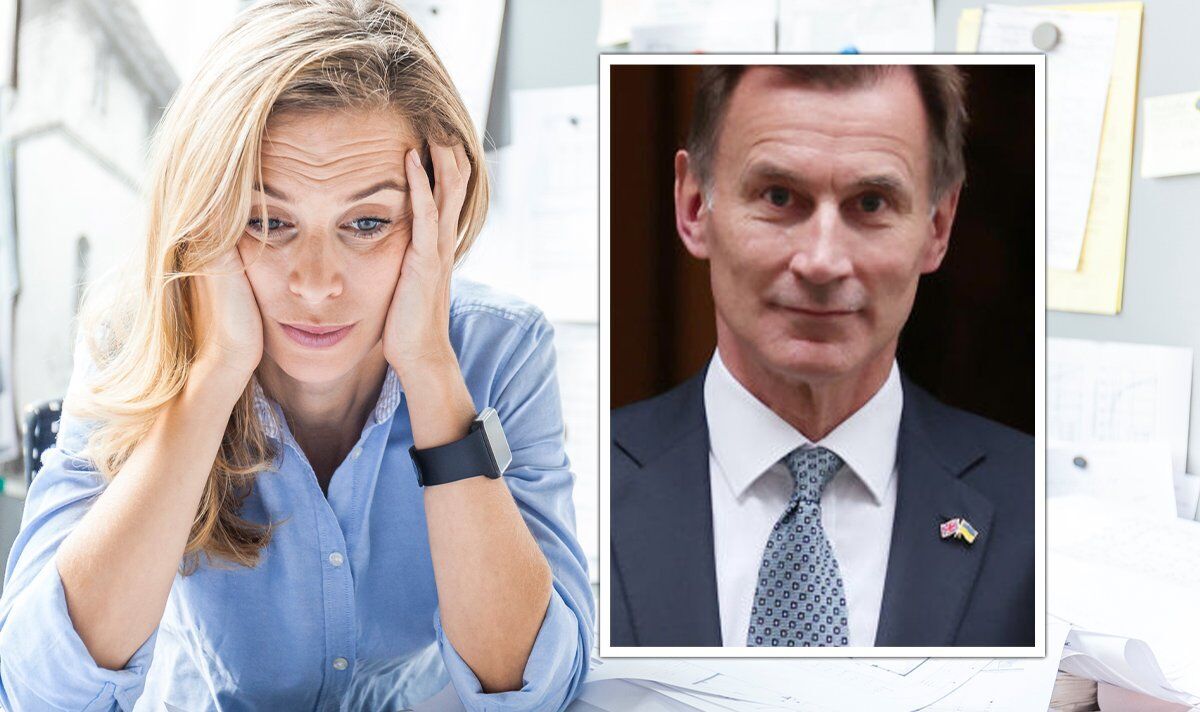 During his Autumn Statement last month, Jeremy Hunt confirmed that the freeze on UK income tax allowance threshold will be extended, which means it will remain in place until 2027/28. Previously, the tax allowance threshold was frozen until 2026 under the current Prime Minister Rishi Sunak’s time as Chancellor. However, experts are warning that the tax burden for Britons will increase as a result of the decision with lower earners being particularly worse-off.

As it stands, workers pay 32 percent tax, which is split 20 percent for income tax and 12 percent National Insurance, on everything they earn over the tax allowance, which is £12,570.

While all income tax thresholds have been almost the same since 2019, Jeremy Hunt’s latest expansion to the allowance threshold freeze means how much tax people will pay out will change.

The majority of earners will pay more tax each year as thresholds will remain the same for another six years at the same time earnings will rise with inflation. This is referred to as ‘fiscal drag’.

If wages increase in line with inflation forecasts by financial services firm EY, someone earning a salary of £15,000 would see the amount of tax they pay rise from £878 from the current tax year to £1,818.

Alice Guy, a personal finance expert at interactive investor, broke down how fiscal drag affects all taxpayers, not low or high income earners.

Ms Guy explained: “Raising the headline rate of tax is deeply unpopular, resulting in terrible headlines, bad publicity and the inevitable pressure for the government to do a U-turn.

“In contrast, fiscal drag is a subtle way of raising taxes, and is much less likely to meet widespread criticism.

“Most of us know the headline rates of tax, but we don’t really look at how much tax we’re paying in total and if it has risen over time. We often talk about how many people will be dragged into the higher rate of income tax.

“But it’s important to remember that fiscal drag affects all of us, even if we don’t change the tax band.

“That’s because as our pay rises with inflation, more and more of our pay is taxed and our overall tax burden increases.

The finance expert outlined ways in which people can avoid losing their hard-earned income to these stealth tax rises.

She added: “Very low earners and very high earners actually face even bigger tax rises than those on average incomes.

“That’s because more of their income will be taxed as their pay rises but the basic tax threshold stays the same.

“If you can afford to, you can reduce your income tax burden by paying money into your pension. Pension savings are topped up by the taxman by at least 20 percent, meaning that it only costs a basic-rate taxpayer £80 to pay £100 into their pension.