Lord Frost grilled on rights of British expats in the EU

Builder Taylor Wimpey España is reporting record-breaking reservation figures for Spanish holiday homes September, as travel restrictions ease. Sun-struck Brits are buying on the Costa del Sol, Costa Blanca, Mallorca and Ibiza and other Spanish hotspots, and getting much more for their money than in the UK.

Taylor Wimpey España has taken more property reservations than any September since it was founded in 1958.

Reservations were treble those seen in September 2019, the last “normal” September before the pandemic.

Sales and marketing director Marc Pritchard put this down to surging demand from UK second home buyers, although they do not have it their own way.

Brits face tough competition from domestic Spanish buyers, who are keen to buy second homes in their own country.

Pritchard said October reservations also look promising. “Britons are free to fly with fewer restrictions and there is growing confidence about buying homes in Spain once more.”

The working from home revolution is also driving the trend, Pritchard said. “Many Brits are now free to work from home and if they buy a property in Spain they can do so with even greater geographical flexibility than before.”

He said Spain offers far better value than the overheated UK market. “The idea of owning a property overseas is gaining traction with many families looking to rebalance their lifestyle post-pandemic.”

Brexit has caused a few paperwork headaches, but Pritchard added: “Buyers spending €500,000 (£425,000) or more can apply for a Golden Visa that opens up the entire Schengen Zone to them once more.”

Buyer appetite was “muted” during the pandemic but Taylor Wimpey España has launched a string of new developments in the Costa del Sol, Costa Blanca and Mallorca.

“Spain is firmly back on the map so far as British second home buyers are concerned,” Pritchard said.

Brexit has made life harder for Britons looking to retire in European hotspots such as Spain, France and Portugal.

From January 1, 2021, British citizens became third country nationals, and cannot spend no more than 90 days in any 180-day period in any country within the EU’s border-free Schengen Area.

For stays longer than 90 days, either for holidays or residency, you need to apply for a visa, said Jason Porter, director of specialist expat financial advisers Blevins Franks.

To secure a visa or residency permit, Brits have to show they are financially independent, Porter said.

EU countries will also want to make sure you have enough income to see you through retirement.

Britons must show that they and their dependants have sufficient income not to be a burden on the state. 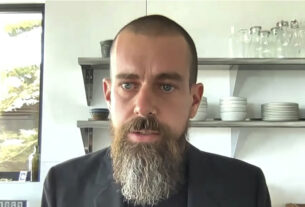 Twitter shares surge amid reports CEO Dorsey will step down

NFL's Rams are hoping a Missouri rule will move a case against St. Louis to another part of the state