On June 17, 2021, the Department of Homeland Security was warned of the vulnerabilities the Del Rio International Bridge posed to the Border Patrol’s law enforcement operations. It was recommended that DHS immediately address the issue by setting up a temporary outdoor processing site (TOPS) as had been done previously under similar circumstances in the Rio Grande Valley at the Anzalduas Bridge.

Instead of following sound advice, which would have avoided the current disaster, DHS ignored the suggestion, leaving the law enforcement community to deal with the consequences of their poor decisions.

On Thursday, groups primarily consisting of Haitian nationals began crossing the border illegally at the Del Rio International Bridge in numbers that overwhelmed the Border Patrol.

Border Patrol agents worked around the clock, but because DHS failed to provide simple resources, the illegal border crossers could not be processed as fast as they were entering, and they quickly began stacking up under the bridge.

In a misguided attempt to cover the Biden administration’s ineptness, DHS shut down Del Rio Sector’s five Border Patrol checkpoints and all six of the Laredo Sector checkpoints. They completely dismantled the second tier of defense against the smuggling of criminal aliens and drugs.

Instead of performing critical enforcement activities, the agents from the checkpoints have been reassigned to transport, process and perform bridge security assignments.

Aside from the Texas state resources that Gov. Greg Abbott is surging to these areas, busy highways and interstates are unprotected and ripe for exploitation by criminal cartels. What the Biden administration is really doing is ensuring that criminal cartels will generate record-breaking profits.

DHS also announced they are surging 400 Border Patrol agents to Del Rio from other parts of the country. While this might sound good, the agents must be pulled from other areas of concern, which creates coverage gaps in states like New Mexico and Arizona. This will undoubtedly be exploited by criminal cartels.

In another misguided response to the crisis playing out under the Del Rio International Bridge, CBP announced that they shut down the Del Rio Port of Entry.

Not only is the Biden administration putting the American public in danger by increasing the amounts of drugs and criminal aliens entering our country, they are also causing economic harm to Del Rio, Laredo and all the towns in between.

Ports of entry generate billions of dollars in revenue for the American economy. They also serve as major profit-generating tools for local communities.

Shutting down the checkpoints, redeploying resources from already burdened areas and closing the Port of Entry is akin to waiving the white flag of surrender to the cartels.

By shutting down the Del Rio Port of Entry, all the international trade that would normally pass through Del Rio is being rerouted to the Eagle Pass Port of Entry. This decision will have two major ramifications.

The additional travel costs for companies will be passed on to the consumer and it will further slow our ability to process commodities coming into the United States.

Over the past eight months, criminal cartels have recognized that the Biden administration is slow to adapt to their strategies. Organized crime has also recognized that they can dictate law enforcement operations by simply flooding our borders with illegal immigrants.

Shutting down the checkpoints, redeploying resources from already burdened areas and closing the Port of Entry is akin to waiving the white flag of surrender to the cartels.

If not for Abbot and Texas’ Department of Public Safety, there would be little to no coverage in essential border security corridors. But Abbot should not be forced to do President Biden’s job. And while it is encouraging to have a Texas DPS presence in these corridors, it is not as efficient as having the Border Patrol due to jurisdictional issues.

DHS knew this was coming but did nothing. Americans will certainly pay a high price for this ineptness, both in safety and dollars.

There must be accountability when the president of the United States willfully ignores his duty to protect the American people and cedes border security decisions and control of law enforcement operations to criminal cartels.

A chromosome is a deoxyribonucleic acid, DNA, molecule with part or … 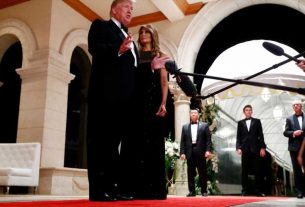 As They Scream Voter Fraud, Trump And His Press Secretary May Have Voted Illegally