Fox News host Dan Bongino warned that “it is going to get worse before it gets better” in the United States as President Biden appears to be politically floundering ahead of his one-year anniversary in office.

Bongino said Tuesday on “The Dan Bongino Show” on Fox Nation and Westwood One that when former President Bill Clinton faced cratering approval in the early part of his first term because of his far-left policies like “HillaryCare”, the Arkansas Democrat made a calculation and tacked to the political center prior to his 1996 reelection.

Instead, Biden is doubling down on far-left politics, including issuing a verbal “appeal” to private companies to stop what he believes to be “misinformation” – which Bongino said shows the president is “not hiding it anymore” in terms of his true politics.

“Joe Biden, the PINO – president in name only – is making a quote ‘special appeal to private companies’,” he said. He added that Biden had no issue with Big Tech and the mainstream media stifling coverage of his son, Hunter Biden’s foreign business dealings, specifically the first son’s former business partner Tony Bobulinski’s interview with Tucker Carlson in 2020.

“They are specifically prohibited from colluding with private actors to suppress free speech – this is a clear call to violate the First Amendment. He’s saying… I’m Joe Biden, I’m the president, I’m not allowed to do this – but I’m going to do it anyway,” Bongino said. 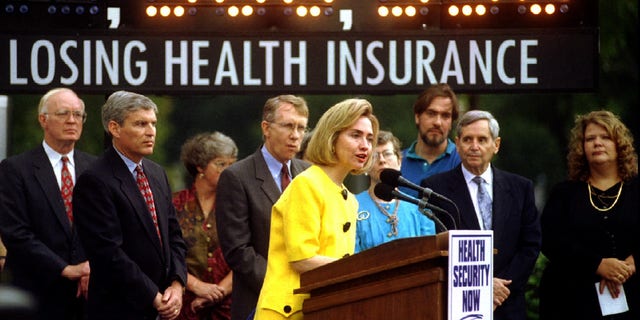 Bongino said Biden’s comments are a clear indication he has no intention to moderate as Clinton did, and that instead the Democrats in power have entered “desperation time” and are in turn seeking to crush opposing and critical voices.

“[Biden] is not going to change course. Even the dreadful Bill Clinton understood about ¾ of the way through his first term that if he was going to get reelected, he couldn’t have the country falling apart and HillaryCare (what was to be the Health Security Act of 1993) be his signature issue.”

Bongino pointed out Clinton’s famous proclamation, “the era of big government is over”, and that he decreased government spending with the help of newly elected Republican-controlled Congress.

That served Clinton well, Bongino said, reiterating that Biden shows no sign of seeking the same compromise as his predecessor. 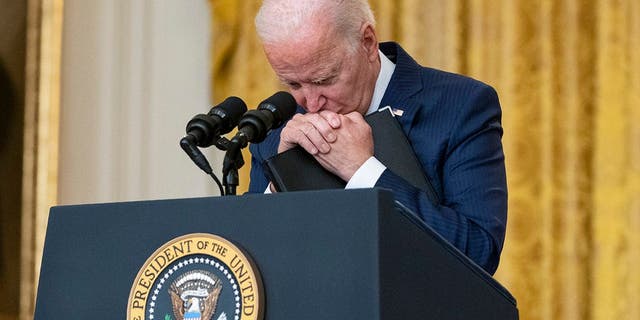 President Biden clasps his hands while listening to questions from reporters.
(AP)

“I’m not celebrating the presidency of Bill Clinton or the morally-inept Bill Clinton himself, I’m simply telling you he had the political acumen to understand he had overstepped – that he’d screwed over America – that the liberalism as he wanted it through HillaryCare and these other initiatives they were pushing for were not going to work, and he redialed and reset the thermometer, and he wound up getting reelected quite handily [in 1996],” Bongino said.

“I’m telling you for a fact: Joe Biden has none of those inclinations. He is neither brave, nor does he have any sense of dignity. Someone is whispering in his ear because he just wants to be he loved by the liberal left that he can be this transformative figure… despite the fact the electoral math does not work.”

Instead, Biden continues to govern as if he received an electoral mandate in 2020 to govern from the hard left like Franklin Roosevelt, when in reality the Senate is evenly split and Democrats have a slim majority in the House, he added.

“That’s why he continues to lose. That’s why I am not optimistic…he’s now getting desperate. And him getting desperate was evidence last week with a President of the United States personally calling for private companies to violate the Constitution and the First Amendment and suppress ideas he doesn’t like,” he said. “Folks, it is going to get worse before it gets better and I need everyone to be prepared.” 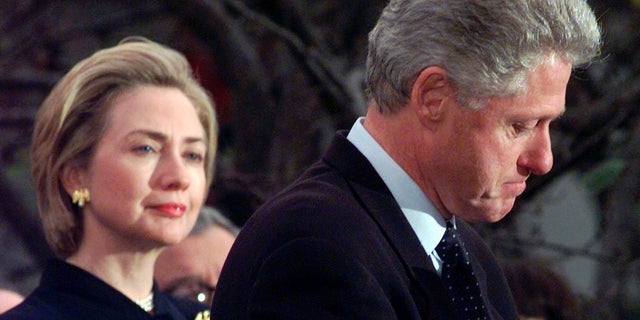 In this Dec. 19, 1998 file photo, Hillary Rodham Clinton watches President Clinton pause as he thanks those Democratic members of the House of Representatives who voted against impeachment. (AP Photo/Susan Walsh, File)

Bongino said he was heartened by the inauguration of Virginia Gov. Glenn Youngkin and the quick actions the governor has already taken.

“Glenn Youngkin had a great first day in Virginia. He did what he said he was going to do – and we’ve got to clean the house up. It’s our house, it’s the United States of America,” Bongino said. “We put our hands over our hearts, and we celebrate this place when that anthem plays because this place matters – there’s no second place, what are you going to do, go to Canada? … There’s nothing like the United States.” 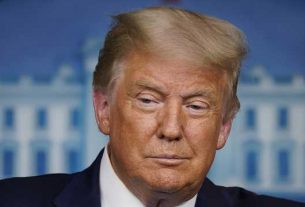 Answer and Explanation: A system of checks and balances stops one …