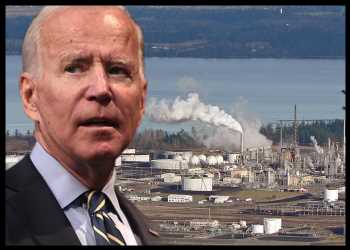 Energy Secretary Jennifer Granholm said President Joe Biden will veto a bill by House Republicans limiting the administration’s authority to tap the nation’s oil reserves, if it is passed by the Congress.

The Strategic Production Response Act limits the drawdown of petroleum in the Strategic Petroleum Reserve (SPR) until the Department of Energy develops a plan to increase the percentage of federal lands leased for oil and gas production – unless the release is for a severe oil supply emergency.

H.R. 21, introduced by Rep. McMorris Rodgers and 31 co-sponsors, is expected to pass in the Republican-controlled House, but its fate is uncertain in the Senate, where Democrats hold the majority.

Granholm said in a news conference that House Republicans are pursuing an extreme agenda that risks worsening supply shortages in times of crisis, and risks raising gas prices.

In order to address price rise and disruptions in oil supply following the Russian invasion of Ukraine last year, President Biden authorized the largest-ever emergency release from the Strategic Petroleum Reserve, which helped the prices to come down. Gasoline price is $1.60 per gallon lower than its peak this summer and
below its pre-invasion levels. The Treasury Department estimates that SPR actions reduced prices at the pump by as much as 40 cents per gallon.

Analysts have credited the releases from the Strategic Petroleum Reserve for filling the supply gaps and the lessening of dependence on Russian oil in the global market.

In the opinion of Granholm, H.R. 21 would impose “unnecessary, unhelpful restrictions on when the SPR can be used to help provide supply”. “It would require these arbitrary reports regarding energy production on federal lands before waiving any new restrictions. It would interfere with our ability to be responsive to release oil during an international emergency, helping Putin’s war aims. It would potentially delay allowing oil to be released for domestic emergencies following a natural disaster or a pipeline outage at home, leaving, again, prices at risk of rising during — in the wake of a market shock because of emergencies due to extreme weather events.”

In a letter she sent to the Hill last week, the Energy Secretary had made it clear that there is nothing standing in the way of domestic oil and gas production. In fact, production is on track for a new record in 2023, according to her.

“If Congress were to pass H.R. 21, the President would veto it. He will not allow the American people to suffer because of the backwards agenda that House Republicans are advancing,” she told reporters.

Separately, the White House said the Biden Administration strongly opposes the bill. “Production is up by more than 1 million barrels per day under President Biden and is on track to reach a new record this year. Oil and gas companies are currently sitting on thousands of unused but approved permits that they can use to further increase production right now,” it said in a statement on Monday. 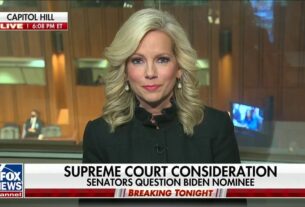