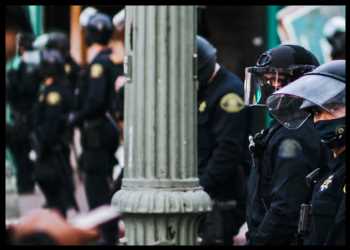 The signing of the historic executive order, scheduled for 4 PM ET at the White House, coincides with the second anniversary of the brutal killing of George Floyd, a black truck driver who was choked to death during arrest by a police officer in Minneapolis.

The murder of George Floyd exposed the lack of impartial justice that American Black and Brown communities have long been experiencing.

The incident sparked one of the largest social movements the United States has ever seen, with calls from all corners to acknowledge the legacy of systemic racism in the country’s criminal justice system and institutions.

After his murder, protests against police brutality, especially towards black people, quickly spread across the United States and globally. His dying words, “I can’t breathe,” became a rallying cry.

In a factsheet released by the White House, the Biden administration acknowledged, saying, “There are places in America today where the bonds of trust are frayed or broken”. “To heal as a nation, we must acknowledge that fatal encounters with law enforcement have disproportionately involved Black and Brown people.”

The Executive Order will enhance public trust by promoting accountability, transparency, and the principles of equality and dignity in policing and the larger criminal justice system.

The EO also requires the use of federal tools such as guidance on best practices, training and technical assistance, and grant making to support reforms at State, Tribal, local, and territorial law enforcement agencies.

The EO orders the Attorney General to establish a National Law Enforcement Accountability Database, in which all Federal law enforcement agencies must participate. The database will include records of police officers’ misconduct as well as commendations and awards they received.

The EO requires steps to improve the investigation and prosecution of criminal civil rights violations.

Law enforcement agencies will be required to adopt measures to promote thorough investigation and preservation of evidence after incidents involving the use of deadly force or deaths in custody take place.

Using body-worn cameras during arrests and searches will be made mandatory.

Footage of incidents involving serious bodily injury or deaths in custody must be released as soon as possible for the public.

The new order bans the use of chokeholds and carotid restraints unless deadly force is authorized, and restricts the use of no-knock entries.

New standards that limit the use of force and require de-escalation will be set for all federal agencies.

An updated approach will be followed for recruitment, hiring, promotion, and retention of U.S. police officers.

All Federal LEAs must conduct anti-bias training annually, and implement procedures to respond meaningfully to complaints of bias.

Within six months, all Federal LEAs must collect and submit on a monthly basis all data on incidents involving use of deadly force.

A new committee will be formed to propose reforms in the U.S. criminal justice system.

The Attorney General will update DOJ policy as necessary to fully implement the FIRST STEP Act.

Solute definition, the substance dissolved in a given solution…