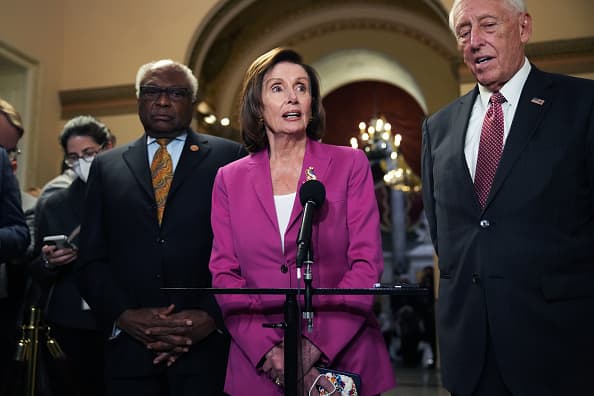 The procedural vote on the bigger social services and climate plan represented just a partial victory for the White House and Democratic leaders in the House, who had hoped to pass both the procedural vote and the final bill Friday.

Still, the move showed for the first time that the Democratic caucus could unite behind a vote to advance the Build Back Better legislation, even if they could not come together to vote to pass the final bill.

"The Build Back Better Act will be a once-in-a-generation investment in our people," Biden said in a statement lauding the passage of the infrastructure plan and the successful procedural vote for his social and climate plan.

The final passage plan fell apart late Friday morning, when it became clear that a small group of House moderates would not vote for the bill until they saw an economic analysis from the Congressional Budget Office of the bill's long term impacts on the budget deficit, known as a CBO score.

The impasse was only resolved after Biden personally stepped in and brokered a deal. Moderates agreed to issue a formal pledge to vote for the social spending bill, provided the CBO score showed that it would not add to the budget deficit.

The CBO is unlikely to have that report ready for several days, however, and Congress will be in recess next week. Initially, it had appeared as though House moderates would be satisfied with a report that was released Thursday by the nonpartisan Joint Committee on Taxation.

That report found that the $1.75 trillion social spending bill would not add to the federal deficit long-term. But the report did not take into consideration several major parts of the bill that were still being negotiated early this week, when the analysis was performed.

The procedural vote sets up the conditions on the final vote, such as how much time each party gets to debate the bill on the House floor, and whether any amendments can be introduced. It also sets into stone what the bill will contain when it is finally taken up for a formal vote later this month.

What's in the bill:

For much of Thursday and early Friday, it appeared as though the full bill would pass, as House Speaker Nancy Pelosi and Democratic leaders reached agreements with a handful of holdouts.

These included a small group of Democrats who insisted on immigration language in the bill, a group of lawmakers from the Northeast opposed to the lower SALT deduction cap, and a third bloc of moderates who refused to support granting Medicare sweeping powers to negotiate prescription drug prices.

In each case, leaders and members reached a compromise. But ultimately, the lack of a CBO score was unacceptable for a half-dozen moderates.

The House will be out on recess next week, returning the week of Nov. 13. If there is a CBO score by then, it's possible that the House could move immediately to a final vote on the bill.

Once the final bill clears the House, the Build Back Better Act goes to the Senate, where it is likely to be revised. There, two conservative Democrats have an outsized influence on what happens next: Key swing vote Sens. Joe Manchin of West Virginia and Kyrsten Sinema of Arizona.

Manchin has already said he opposes including paid leave in the bill. Meanwhile, Senate Budget Committee Chairman Bernie Sanders, I-Vt., has said he opposes raising the SALT cap deduction, arguing that it favors the wealthiest taxpayers and costs the government billions of dollars.

Senate Majority Leader Chuck Schumer said he hopes to have the Senate pass its version of the Build Back Better Act after the House does, and before Thanksgiving. 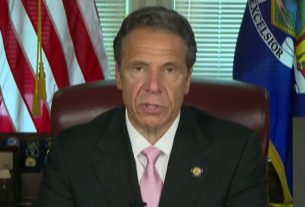 Cuomo says Trump is 'facilitating' coronavirus, urges him not to be 'a co-conspirator' of COVID-19