Rep. Mark Green: This is one of the greatest security risks this nation has ever had, and the State Department doesn’t seem to care at all

The Biden administration is working with “urgency and care” to enhance its screening and vetting operations as part of its effort to resettle Afghan refugees in the United States, with senior government officials telling Fox News that, at this point, no Afghans of “concern” have entered the country.

Last month, ahead of its Aug. 31 deadline to withdraw all military assets from Afghanistan, the Biden administration airlifted more than 124,000 individuals from Hamid Karzai International Airport in Kabul. That included approximately 6,000 American citizens.

Since the withdrawal, the administration has said its mission has shifted from a military mission to a “diplomatic” one, and it is committed to continuing to evacuate Americans left behind, as well as Afghan allies, some with pending Special Immigrant Visas (SIVs).

A senior government official on Tuesday outlined the screening and vetting process for Fox News, saying that the process begins overseas.

The administration has deployed more than 200 Customs and Border Protection officials overseas to capture the biometrics and biographics of individuals. The official said CBP officials then are able to work with “interagency partners,” including officials within the FBI, the National Counterterrorism Center, the intelligence community, the Department of Defense and others within the Department of Homeland Security to “look at data across databases to vet.”

The official explained that there is a “second layer” of screening once individuals arrive at a U.S. point of entry. Officials there go through the information and “make sure no one let into the country is of concern.” 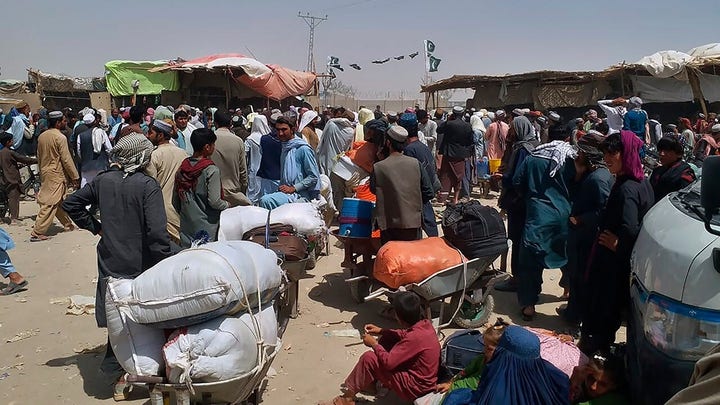 “No one has gotten into the United States or entered that is of concern,” the official said. “The administration is working with urgency and with care to enhance the screening and vetting operations to make them more efficient without compromising U.S. national security.”

A spokesperson from the White House National Security Council told Fox News that intelligence, law enforcement and counterterrorism professionals are conducting the screening and security vetting for all Special Immigrant Visa (SIV) applicants and other vulnerable Afghans.

“We are surging resources to evaluate each case to protect homeland security,” the NSC spokesperson said.

“If someone fails these checks while they are still overseas, they will not be permitted to board a flight to the United States,” the NSC spokesperson said, adding that “if something of concern is found, further security vetting at the port of arrival occurs and CBP has the authority to not grant them entry into the United States.”

The NSC spokesperson added: “The president takes no responsibility more seriously than keeping Americans safe, and we will use every tool we have to ensure that no known or suspected terrorists enter the United States.”

At this point, the Department of Homeland Security has flagged 44 Afghan evacuees as potential national security threats to the United States, according to a report by the Washington Post last week.

Also last week, senior U.S. officials told Fox News that Camp Bondsteel, a U.S. military base in Kosovo, will temporarily house Afghan refugees who don’t pass the initial round of vetting. Those officials told Fox News that several refugees have already been sent to that base but said it was unclear what the next steps would be for those who failed the initial security screening — including whether they will be sent back to now-Taliban-controlled Afghanistan. 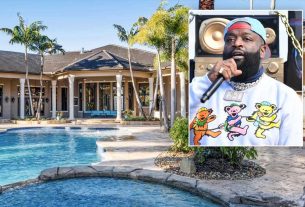