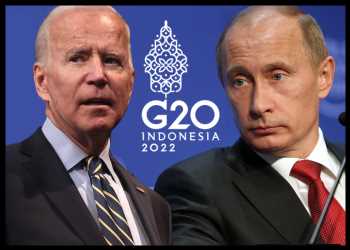 U.S. President Joe Biden does not have any plan to meet with his Russian counterpart Vladimir Putin during the G20 summit in Bali next month.

This was confirmed by U.S. Secretary of State Antony Blinken in an interview with Canadian Broadcasting Corporation.

“What we’ve seen is Russia and President Putin have no interest in any kind of meaningful diplomacy to end the aggression that they have committed against Ukraine; in fact, quite the opposite. We’ve seen a doubling, a tripling down of that aggression – the mobilization of more Russian forces, the purported annexation of Ukrainian territory, the loose talk about nuclear weapons, and now this horrific campaign against all of the basic infrastructure of Ukraine so that Ukrainians don’t have power, don’t have lights, don’t have heat, as we get into the winter. So every sign is pointing to a doubling and tripling down, despite the fact that the Ukrainians continue to take territory back from Russia that was seized in the first months of this aggression.”

Blinken made Washington’s stand clear that the dispute has to be resolved directly between Russia and Ukraine. “So if Russia actually wants to talk and is serious about it, it should be talking with the Ukrainian Government.”

He pointed out that Russia’s actions have created deep opposition to it in the international community.

a couple of weeks ago, 143 countries, or two-thirds of the world, voted at the United Nations General Assembly in favor of a resolution condemning the annexation of Ukrainian territories by Russia.

Asked if the U.S. support a demand to exclude Russia from the G20, Blinken said “it certainly makes it increasingly hard to do business (with Russia).”

The White House and President Joe Biden himself had said previously regarding the latter’s lack of interest in meeting with the Russian President at the G20 summit.

It is not yet confirmed if Putin will attend the meeting the leaders of the world’s 20 major economies, comprising 19 countries and the European Union. 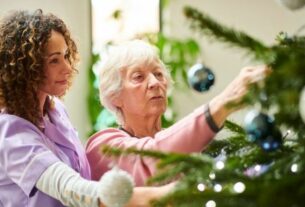 Unpaid carers may be eligible for £460 benefit payment boost this Christmas – are you?