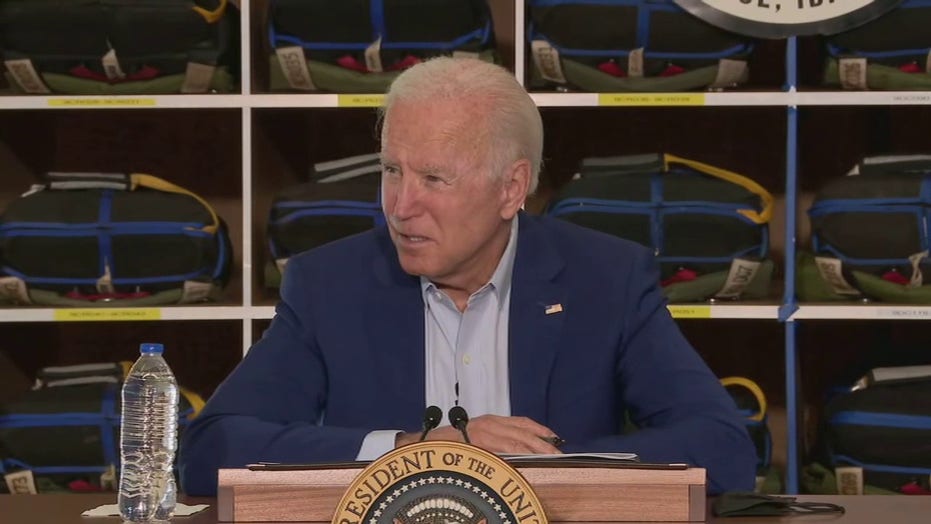 Biden blames Idaho wildfires on global warming, warns ‘it’s not going to get any better than this’

The president makes remarks during a briefing from federal and state fire agency officials at the National Interagency Fire Center in Boise, Idaho.

President Joe Biden blamed the wildfires engulfing parts of Idaho and other western states on global warming, the effects of which he claimed can only get worse.

Biden made the comments at a Monday roundtable in Boise, Idaho, where he was briefed on the efforts against the wildfires by Republican Gov. Brad Little, as well as federal and state fire officials at the National Interagency Fire Center.

Biden later went on to push his Build Back Better Plan, which will provide Idaho with $1.3 billion in state fiscal relief and $600 million in local fiscal relief.

In addition to Idaho, Biden is also slated to tour parts of wildfire-ravaged Northern California while he touts his spending plan.

Biden’s remarks echoed ones he made when he recently surveyed damage from Hurricane Ida in New York, New Jersey and Louisiana.

“Folks, the evidence is clear: Climate change poses an existential threat to our lives, to our economy,” he said in New York. “And the threat is here; it’s not going to get any better. The question: Can it get worse? We can stop it from getting worse.”

Potassium hydroxide, also known as lye is an inorganic compound with the chemical formula …