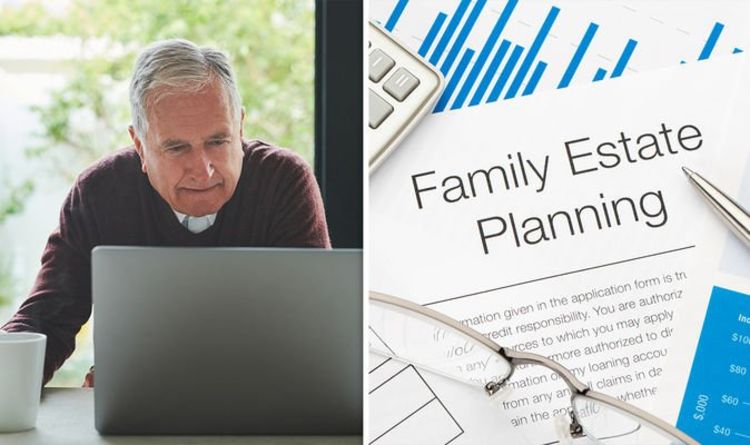 Inheritance planning can be a complicated endeavour, with many things to think about throughout the process and several pitfalls to avoid. Tim Bennett, Head of Education at Killik & Co, offered some insight on various key topics surrounding inheritance which could help Britons navigate and simplify this sometimes tricky subject.

Who to leave money to

Mr Bennett said: “Assuming we plan to leave something behind, one obvious point to make is that it doesn’t have to go to children. Once someone has set up a will, their wealth could be left to several different recipients or any combination of them.”

Some common alternatives include wider family, such as siblings, charities, friends, carers and the Government.

Mr Bennett continued: “Whilst it may seem natural to some parents and grandparents to simply pass assets down the family tree, others may only be comfortable leaving a proportion of their wealth this way.”

He also warned it usually makes little sense, in inheritance tax terms, to pass assets up the family tree as there is a danger the recipient is subsequently taxed twice, or more.

Another important point raised by Mr Bennett was that people should make sure that they have enough held back for their own needs before they worry about future generations.

How much is enough?

Assuming someone wants to leave money to future generations, they then need to address the thorny issue of how much to give.

Mr Bennett said: My advice would be to identify specific financial goals that could be funded in the future – university costs, for example, or a first property deposit – and work out how much money they may require and for how many people.

Mr Bennett’s advice is to identify specific financial goals that could be funded in the future – such as university costs or a first property deposit. Then, he suggests working out how much money they may require and for how many people.

“That way, it is also easier for a donor to work out how much they can afford to spend on themselves before they die, and manage the expectations of future generations.”

He added that this is harder to do if a death estate is simply left as an open “whatever is left” blank cheque.

The best ways to pass down assets

Inheritance tax is levied at a hefty 40 percent, with few exceptions, on an estate once its value exceeds the available tax-free limits.

Passing assets down the family tree is one way to reduce the value of an estate and therefore the eventual tax bill. There are a number of ways this can be done.

Regular gifts out of income can be made, subject to specific affordability tests.

Potentially exempt transfers of any amount can be made at least seven years prior to death, however, Mr Bennett pointed out this comes with “some big caveats”.

He explained: “One is that the assets must be properly gifted (rather than, say, loaned) and another is that, should the donor die within the seven-year period, tax becomes payable on a sliding scale.

“The other aspect of such gifts that needs noting is that they do not escape capital gains tax, which has its own rules.”

Gifts in consideration of marriage are another potential option, subject to limits according to who is making them.

Gifts to political parties and charities and amounts paid into private pensions are two other avenues which Britons could potentially explore to reduce their inheritance tax bill.

All Bank of Canada exchange rates are indicative rates only, obtained from averages …