As part of the jobs scheme, funding is given to participating employers across the country funding to create new jobs for 16 to 24 year olds on Universal Credit who are at risk of long term unemployment due to the pandemic. Earlier this month, Chancellor Rishi Sunak announced that the Kickstart initiative would be extended by three months to March 2022 as part of a wider £500million jobs plan. According to the Government, around 76,900 Kickstart roles have been created so far out of 196,300 roles made available for young people to apply for as of September 2021.

Many of the organisations which have helped facilitate the Kickstart scheme over the past year have praised the Government’s decision to extend the scheme at least until the near future.

One of these organisations is I Am Moore, a subsidiary of Jane Moore Media, a Liverpool-based social impact mission, which aims to at get as many young people into Kickstart career placements.

For Lynn Lock, the Chief Executive of I Am Moore, the Government’s decision is not only a welcome one but an essential one.

Ms Lock said: “We were very pleased. I thought it was something that should be done. Kickstart took a long time to gather momentum after it was announced by the Chancellor.

“Personally speaking, our employers across the country have really stepped up to the plate and offered some amazing opportunities. Think it’s only fair that we should have the extra time to get these filled.”

Employers who take part in the scheme have until December 17 of this year to put forward their application for funding.

Funding usually covers the entirety of the National Minimum Wage for 25 hours per week for six months, the employer’s National Insurance contributions and the minimum automatic enrolment pension contributions.

On top of this, employers will be able to postpone the job state date until anytime before March 31, 2022. From the Universal Credit claimants start date, the employer will receive six months of payment from that day.

According to Ms Lock, I Am Moore has been able to do a world of good for many benefits claimants and employers up and down the country.

She added: “We’ve placed 136 people into work at the moment and that is growing daily. We have over 500 job vacancies and recently put in another application for another 89 vacancies.

“It shows you the outburst of support from employers. With over 500 jobs, we are into 200 plus employers now.

“We have a really strong relationship with DWP and Jobcentres locally. We’ve had young people who come through university, have gained a degree and have had to go on to work in another field due to their desired role being no longer available.

“We’ve been able to look at their past background and look at a potential career for the future.”

With the economic impact of the pandemic likely to be felt for some time, many people are wondering why the Government does not expand the Kickstart scheme to include support for those over 24 years old.

Speaking to this train of thought, Ms Lock said: “I’d love to appeal to the Government and say please extend the Kickstart age profile.

“Being unemployed is never a career choice. I don’t care who tells you otherwise. Look at someone who’s on £59 a week and tell me whether it’s something someone chooses to do.

“I’d say expand the Kickstart scheme, we’ve got a band of employers who are looking for someone. The chancellor announced £500million, as part of an initiative which includes support for those over 50.

“What about the people in the middle, those who are aged between 25 and 50 years old? Let’s bring them into play. Let’s work with those people who typically have families, home, rent, mortgages to pay. As part of the level of levelling up agenda, let’s not work on both ends of the age profile.”

On top of this, Ms Lock believes there could be a future where the Kickstart scheme is a permanent fixture of social security support across the UK, however it would need much collaboration.

She explained: “Taking the scheme up to March is a step in the right direction. Looking at it as a permanent fixture would be a real process.

“I’d say to the Government, let’s get together. Let’s sit round the table with training providers, colleges, education of all forms, the DWP and local authorities, and join the dots.

“We’ve got a programme in place but when that programme ends people fall a precipice and it’s more debilitating than before.

“This is because for many people they’ve had a taste and all of a sudden it’s dropped.”

Currently, funding for the Kickstart scheme is due to end on March 31, 2022. Employers and Universal Claimants have until December 17 to put forward an application for the job scheme. 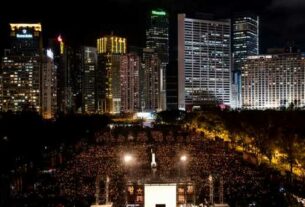 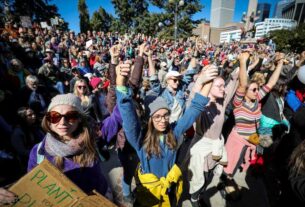 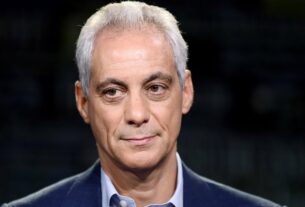