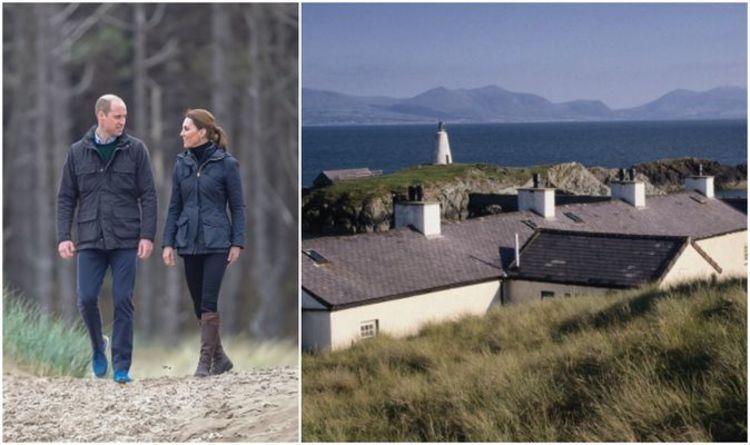 Prince William and Kate Middleton rented a home in Anglesey, Wales between 2011 and 2013 which was incredibly private and remote. Before settling with their children in London at Kensington Palace, the Duke and Duchess of Cambridge lived in a four-bedroom country cottage in Anglesey, Wales, which William later described as “an immensely special place.” Between 2010 and 2013, the royal couple rented a farmhouse on the Bodorgan Estate for approximately £750 a month from Lord and Lady Meryick.

Prince William reportedly moved in after he was stationed in Anglesey to train for the Royal Air Force.

In early 2010, Prince William was stationed in Anglesey as he began to train for the Royal Air Force and his then-girlfriend Kate Middleton moved in with him, which at the time some people found “scandalous”.

In Anglesey, William was training to fly the Sea King search and rescue helicopter and began the training in January 2010 until September 2010.

He then began working at the RAF Valley. The Duchess of Cambridge joined him a few months after he relocated, while she was working at her parents’ company as a website designer, photographer and relationships manager.

Complete with private beach access and beautiful views of Newborough Forest, the cottage seems like an idyllic escape.

Living in Anglesey provided the couple with the privacy they craved which they did not have when living in London.

They moved into Apartment 1A at Kensington Palace after Prince William’s job as a military pilot ended in 2013.

At the Anglesey Show in 2013, the Duke said: “This island has been our first home together, and it will always be an immensely special place for us both.

“Catherine and I look forward to returning again and again over the coming years with our family.

“I know that I speak for Catherine when I say that I have never in my life known somewhere as beautiful and as welcoming as Anglesey.”

However, during a visit to a children’s centre in Cardiff in 2020, Kate revealed that she felt isolated after giving birth to Prince George.

The Huffington Post reported Kate said: “I was chatting to some of the mums, I had just had George and William was still working with search and rescue, so we came up here when George was a tiny, tiny little baby, in the middle of Anglesey.

“It was so isolated, so cut off, I didn’t have my family around me, he was doing night shifts, so if only I’d had a centre like this at a certain time.”

The home has largely been kept private since the royals spent their time there, but it is known it has four bedrooms, two bathrooms, a living room and a kitchen.

A photo of the dining room shows incredible views over the Bodorgan Estate, as well as a traditional log fireplace.

The farm is formed of two houses, with a staircase between the two.

Surrounding the main home are several outhouses that were used as sleeping quarters for the security guards.

Bodorgan Hall is the largest property in Bodorgan and is owned by Lord and Lady Meryick, who is the niece of the Duke of Buccleuch.

The home has a private beach that only the Cambridges could access.

While guests can see the water from the bedrooms on the first floor, you have to go through the farmyard to get down to the beach.