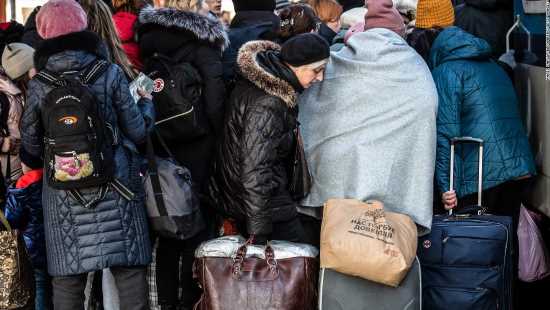 New York (CNN Business)After a month as the top story in mainstream media, it is inevitable that coverage around the war in Ukraine will at some point start to fade in prominence. But that fade can be just that, rather than something resembling a fall of a cliff. American viewers will continue to stay highly engaged — that is, if coverage remains focused on empathetic, on-the-ground reporting of what have long been known in newsrooms as “people” stories, analysts say.

“Opportunities for compelling reporting will abound, but news organizations will need to commit resources necessary for thorough coverage,” says Philip Seib, author of “Information at War: Journalism, Disinformation and Modern Warfare.”
“In building the audience for consistent Ukraine coverage, it is worth remembering that people care about people … less so about abstract policies.”

We saw this play out over the last month when journalists and photographers on the ground transformed the human suffering in Ukraine into potent moments that flooded our screens.

This truthful and vivid coverage of Vladimir Putin’s barbaric and unprovoked attack on Ukraine has clearly stirred deep feelings with many American viewers while perhaps reminding some media executives in a concrete way how important the work their journalists do is to democracy.

Those two factors should help keep American viewers tuned in and hopefully some media executives willing to dig a little deeper to provide the airtime and resources for in-depth coverage of the war — even as domestic stories like Ginni Thomas’ text messages and Ketanji Brown Jackson’s confirmation hearings compete for space on front pages and TV and digital screens.
“I think American news consumers are capable of walking and chewing gum at the same time,” Tony Barbieri, professor emeritus of journalism at Penn State University and a former Moscow correspondent and managing editor of the Baltimore Sun, said, referring to the Washington Post front page Friday that had the Thomas story sharing top space with the war in Ukraine. It was a print version of cable TV’s split screen. (Disclosure: Barberi was managing editor at the Sun while I was media critic there, though we did not work together.)

“The Ginni Thomas story is an important one and deserves the coverage it’s getting. But I think a lot of people view it as just another dispute in hopelessly partisan Washington,” Barbieri added. “The war in Ukraine is of a vastly different order of importance, considering the strategic stakes and the catastrophic human suffering the war has caused.”
There are also cultural explanations for this sustained viewer interest in Ukraine. The human toll in Ukraine has elicited a level of empathy from westerners that was all but absent during the wars in the Middle East. In fact, western journalists who aired this empathy in the early days of the war were rightfully called out for their racial bias. Then there is the perception that the conflict involves a clear-cut made-for-TV villain in Putin and a similarly telegenic hero in Ukrainian President Volodymyr Zelensky.
Pointing to the villain-hero characteristics of Pution and Zelensky, Barbieri called it “a helluva good story — the former comedian president playing Churchill on American TV every night, while his adversary, the malign nuclear-armed weirdo, sits alone at the end of a long table in the Kremlin.”
Barbieri believes mainstream U.S. media understand on several levels the need to stick with coverage of the war and refugee crisis Putin has created in Europe.
“I think the US media have done a terrific job covering this story — on the battlefield, of the appalling human toll, the diplomacy,” he said. “Of course, they have a moral obligation to continue, but I don’t think anyone needs to tell them that. It’s their job.”
Seib, a professor emeritus of journalism and public diplomacy at the University of Southern California, said he wonders “how long the US public, with its short attention span, will pay attention to the war.” While audience interest is still strong, viewing levels are no longer at the heights they were the first week after Russia’s invasion.
But like Barbieri, Seib sees elements of the war that should make it an ongoing story worthy of extensive coverage for weeks and possibly months to come.
“Even in the best possible scenario, Ukraine will be a mess for a long time during physical, economic, and emotional rebuilding,” he said.

Coverage by mainstream US media, from the Associated Press and New York Times to CNN and MSNBC, has been steeped in righteous empathy for the people of Ukraine. But policy matters have also been covered in depth.
“I think that the best way to retain a non-expert audience is to continue a mix of human-interest and policy-oriented coverage,” Seib said. “As with many events, I think US news organizations have a journalistic responsibility to stay with the story indefinitely.”
Source: Read Full Article

The Constitution of the United States is the supreme … 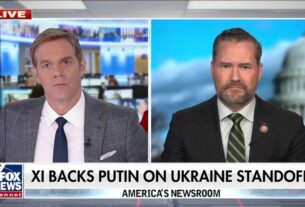