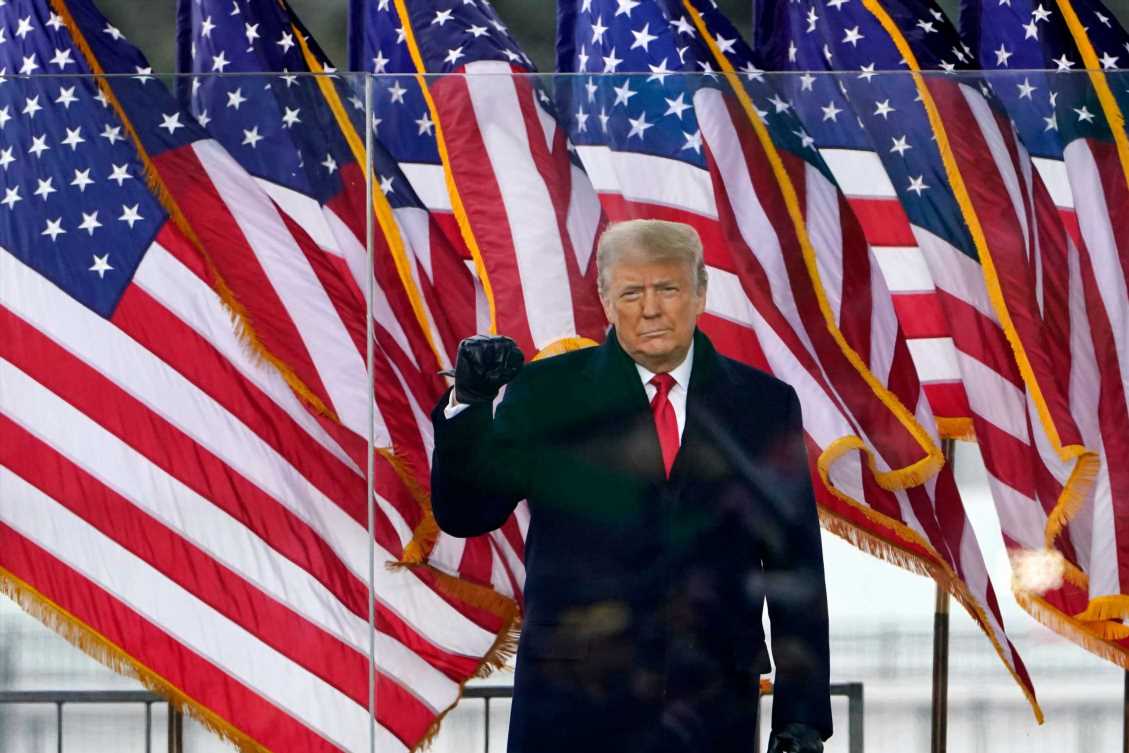 There are few certainties in life: just death, taxes and the guarantee that if Donald Trump tweets something, it will contradict a previous tweet he posted.

Twitter users were reminded of that on Wednesday while the president’s supporters stormed the grounds of the U.S. Capitol to stop Congress’ certification of the election Trump lost in November.

Previously, the president asked his supporters to come to Washington, D.C., to protest the election results.

As the protests turned violent, Trump attempted to cool things down without pissing off his supporters or admitting that he lost the election.

His tone was a far cry from his tweet in late July when the Capitol was the site of many protests against racial injustice.

Back then, Trump had a different feeling toward protesters, and suggested that those who damage buildings should serve 10 years in prison.

The president has made no such decrees this time, probably because those in question are his supporters.

Many Twitter users couldn’t help but notice the irony.

Trump later posted a video asking supporters to go home, but rather than suggesting they needed to face criminal charges, he told them he loved them. He also went on a rant of false accusations that the election was stolen from him.

IT TeamLife at Salesforce centers around our culture…