A San Francisco-based biotech advised by experts, including Moderna co-founder Robert Langer, has chosen Australia as its research base as it works to change the way the world detects cancer. 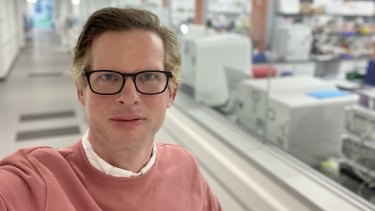 Cyriac Roeding is chief executive of US biotech Earli, which is basing its first human trials for a new cancer detection tool in Australia.

Roeding had co-founded Shopkick, an e-commerce app which sold to Korean firm SK Telecom for $US250 million ($331 million) in 2014. He was looking for his next venture and was prompted by an article he saw in a Stanford University magazine about Dr Gambhir’s research to contact him. The pair later spun out Earli’s core technology into a standalone company.

Earli is trying to address one of the key challenges in treating cancers: not finding them early enough. “Instead of looking for cancer, what if we forced the cancer to reveal itself?” Mr Roeding, chief executive of the business, said.

The company’s technology, which is being trialled at sites in Sydney, Melbourne and Adelaide, involves injecting a compound into patients, which prompts cancerous cells to make a synthetic, non-human biomarker.

The cancer can then be prompted to produce an enzyme that will “eat up” a radioactive tracer that is injected into the body, letting doctors see where a dangerous tumour is even if it can’t yet be picked up by traditional imaging.

According to Mr Roeding, the technology could stop doctors from having to watch and wait for the growth of a tumour before they know how they should treat it.

“That’s euphemistically called ‘watchful waiting’ – but you want that intervention before you have a tumour with multiple mutations,” Mr Roeding said.

The company’s mission is also now deeply personal. In July 2020, Dr Gambhir, who provided the scientific vision for the business, himself passed away after a cancer diagnosis.

Mr Roeding had become a close friend of Dr Gambhir and told The Sydney Morning Herald and The Age he had learned a lot from his co-founder’s clarity and determined focus.

“There is this one thing that I think makes him different from most people I have met in my life – he knew all the skeletons of all the things that hadn’t worked in cancer science, and yet he hadn’t become jaded,” Mr Roeding said.

Since Dr Gambhir’s death, the business has garnered support from a range of immunology and oncology experts. Earli’s scientific board includes Moderna co-founder Robert Langer and Nobel Laureates Lee Hartwell and Jim Allison.

Australia’s clinical trials system has been a major drawcard for the company, with Mr Roeding estimating that the speed of the approvals process shaved at least six months off Earli’s development timelines.

“We came to Australia because of the local approval cycles are much shorter here – approvals are happening at the local level, not at the federal government level. Australia is world leading in this regard,” he said.

“There’s a very high-quality bar [for research] here, high proficiency among clinicians, a very diverse genetic pool of people, and they are highly concentrated in a couple of cities.”

Phase 1 clinical trials are still underway for Earli’s detection tool, with coronavirus shutdowns causing some delays. Trials are aimed at patients with confirmed locally advanced or metastatic lung cancer or another cancer that has spread to lungs or liver to help test the product. 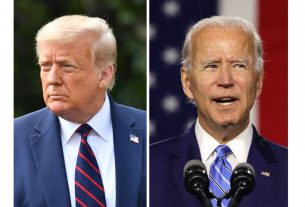 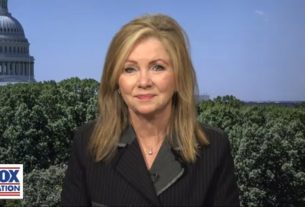 Sen. Marsha Blackburn reflects on conversation with a stranger that changed her career