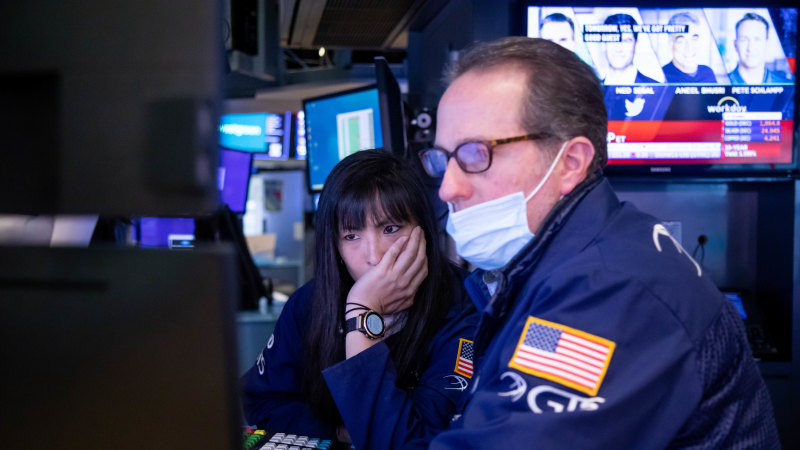 Stocks shifted between gains and losses in unsettled trading on Wall Street on Thursday as more big companies report earnings.

The S&P 500 is 0.3 per cent lower in mid-afternoon trade. More than 70 per cent of stocks within the benchmark index gained ground, but a slide from several big technology stocks with outsized valuations is more than offsetting those gains. 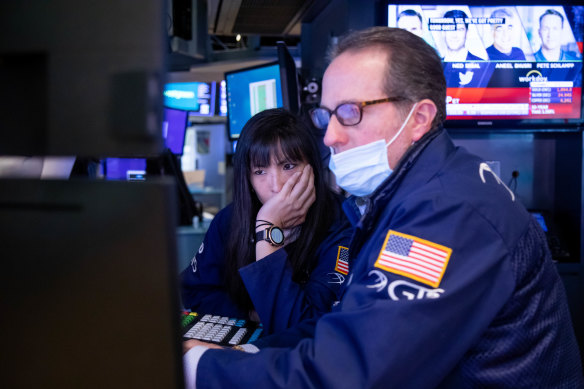 The Dow Jones is up 0.8 per cent while the tech-heavy Nasdaq has fallen by 1.5 per cent. The Australian sharemarket is set to inch lower with futures at 5.07am AEDT pointing to a dip of 8 points, or 0.1 per cent, at the open. On Thursday, the ASX added 0.5 per cent.

Facebook’s parent company Meta Platforms plummeted 22.3 per cent after reporting a second straight quarter of revenue decline amid falling advertising sales and stiff competition from TikTok. It joins other tech and communications stocks, such as Google’s parent company, Alphabet, and Microsoft, in reporting weak results and worrisome forecasts over advertising demand.

Construction equipment maker Caterpillar is up 8.4 per cent and contributed greatly to the index’s gains after it handily beat analysts’ third-quarter profit forecasts.

“What you’re seeing is a little bit of relief,” said Megan Horneman, chief investment officer at Verdence Capital Advisors. “Earnings are not great but they’re not awful either.”

The benchmark S&P 500 is still holding on to weekly gains and remains solidly on track to end October in the green.

Earnings have been the big focus for Wall Street this week, but markets got some encouraging economic news Thursday as the government reported the US economy returned to growth last quarter, expanding 2.6 per cent. That marks a turnaround after the economy contracted during the first half of the year.

The economy has been under pressure from stubbornly hot inflation and the Federal Reserve’s efforts to raise interest rates in order to cool prices. The central bank is trying to slow economic growth through rate increases, but the strategy risks going too far and brining on a recession.

The rising interest rates have made borrowing more difficult, particularly with mortgage rates. Average long-term US mortgage rates topped 7 per cent for the first time in more than two decades this week.

The latest economic data is being closely watched for any signs of a slowdown or that inflation might be easing as Wall Street tries to determine if and when the Fed might pull back on its interest rate increases.

The central bank is expected to raise interest rates another three-quarters of a percentage point at its upcoming meeting in November. But traders have grown more confident that it will dial down to a more modest increase of 0.50 percentage points in December, according to CME Group.

Central banks around the world have also been raising interest rates in an effort to tame inflation. The European Central Bank piled on another outsized interest rate hike on Thursday. Markets in Europe were mixed.

The Canadian Charter of Rights and Freedoms sets out … 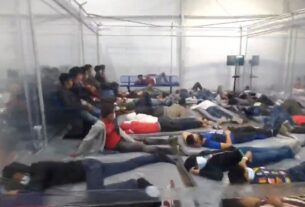