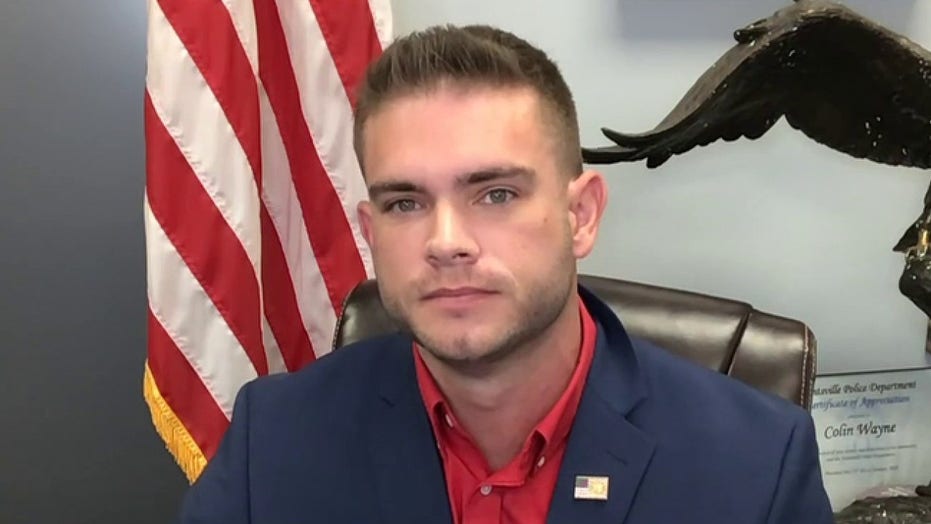 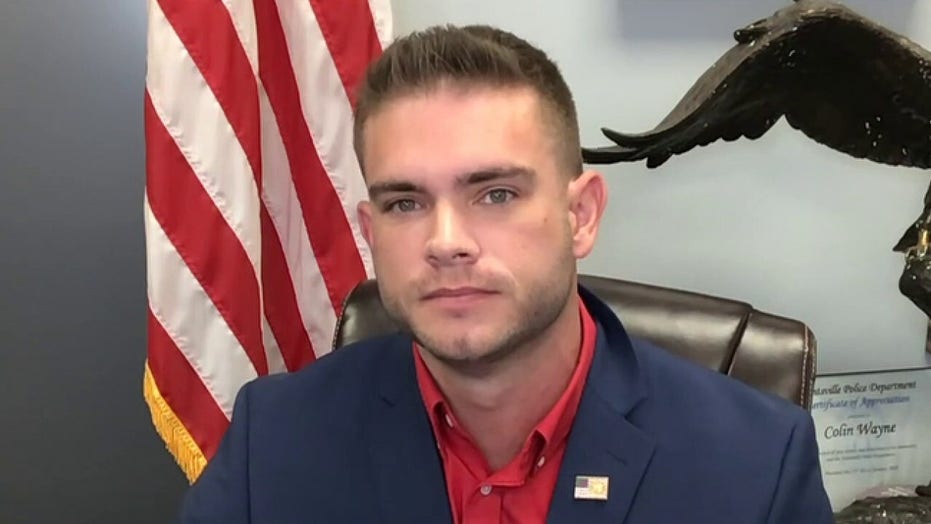 ‘Redline Steel’ owner reacts to Biden’s economic plan: It should be ‘people over profit’

An Alabama Army combat veteran whose business had taken a hit because of rising steel prices is calling on President Joe Biden to reinstate a Trump Administration tradition to honor American-made products at a time, he says, when businesses could really use the morale boost.

Colin Wayne, CEO of Redline Steel Huntsville, Ala., wrote to Biden this week asking him to re-launch the “Made in America” showcase at the White House that celebrated businesses from around the country that manufactured products with American workers and goods.

To cancel the tribute would be a “disservice,” especially when many businesses are struggling with rising costs and labor shortages, Wayne told Fox News on Saturday.

“To take that away is kind of a disservice to [Biden’s] campaign of Build Back Better,” Wayne, an Army veteran of the Iraq and Afghanistan wars and a former fitness model, said. “If he wants to build back better, it starts with recognizing and honoring domestic companies that are building sustainability for the future. To take that away is not a good message sent to business owners.”

The White House did not respond to Fox News’ request for comment on Wayne’s letter or whether Biden had any plans to host a “Made in America” style showcase this year.

Wayne, 31, nearly lost his life while serving as a military police officer in Afghanistan in 2012. A rocket attack on his base in the Paktika province blew up the gym with Wayne inside. He was severely injured with shrapnel in his legs, nerve damage to his back and a traumatic brain injury.

Through months of physical therapy and surgery, Wayne did more than recover. He built his physique so much that he became a fitness model after being discharged from the Army.

By 2016, Wayne launched Redline Steel, a home furnishing retailer that specializes in steel-made products, to transition out of modeling to something with more longevity. His business had early success and Wayne had the honor of representing Alabama at former President Trump’s “Made in America” showcase in July 2019 at the White House where his Redline Steel products were on display.

Trump held three such events during his administration, but the showcase didn’t occur in 2020 in the midst of the coronavirus pandemic. 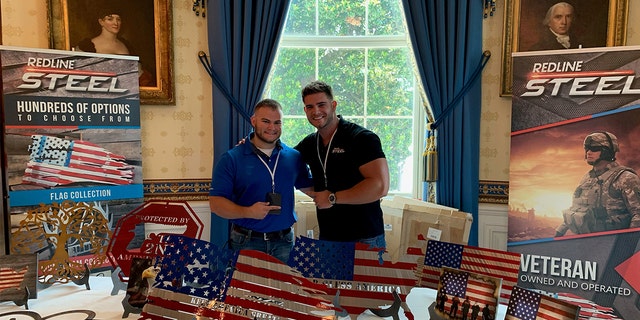 Colin Wayne, an Army combat veteran and CEO of Redline Steel in Alabama, on the right, with his brother, Coleman Erwin (L), an Army veteran. The picture was taken on July 15, 2019, at the White House when Redline Steel was invited to be part of the "Made in America" business showcase.
(Colin Wayne)

Wayne, who was deeply honored by the recognition from the commander-in-chief, considered the White House focus on American-made products a big morale booster. Now as times are tougher, Wayne says he’d welcome any chance to speak with Biden about how to better support domestic manufacturers.

The biggest challenge is the price of steel that has shot up astronomically. In his letter to Biden obtained by Fox News, Wayne points out that “since January, the drastic increase of domestic steel costs has increased 265% per pound on the CRU.” Since his company manufactures steel products, the increase has meant Redline is losing more than $150,000 monthly, Wayne said.

The losses are unsustainable, so Redline announced recently it has to increase shipping costs to customers. Additionally, Wayne is seeking to transition to aluminum-based products, which he says are running cheaper than steel.

Wayne wants to know what Biden is doing to secure the domestic supply chain and combat inflation.

“I want to keep my products in America,” Wayne said. “I think that’s very important as a veteran who almost died for this nation. It’s important to sustain America’s prosperity. With the cost of how much everything is rapidly increasing, it’s hard to constitute the price points domestically when you can outsource at a fraction of the cost.” 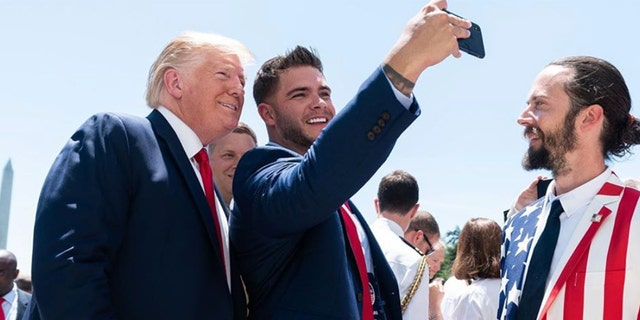 Former President Trump and Colin Wayne at the White House in July 2019. Picture was originally posted on Trump’s Instagram account.

During the coronavirus pandemic, Wayne already found creative ways to retool his business, starting with offering free home decor products as a thank you to professionals putting their health on the line, including nurses, truckers, health care workers and U.S. Postal Service mail carriers.

He currently employs more than 100 people.

A chance to visit the White House again and support Made in the USA products would be an extreme honor, Wayne said, noting he has the utmost respect for the office of the presidency. 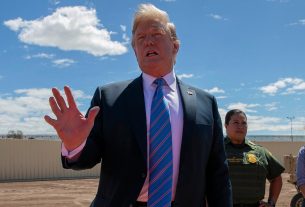