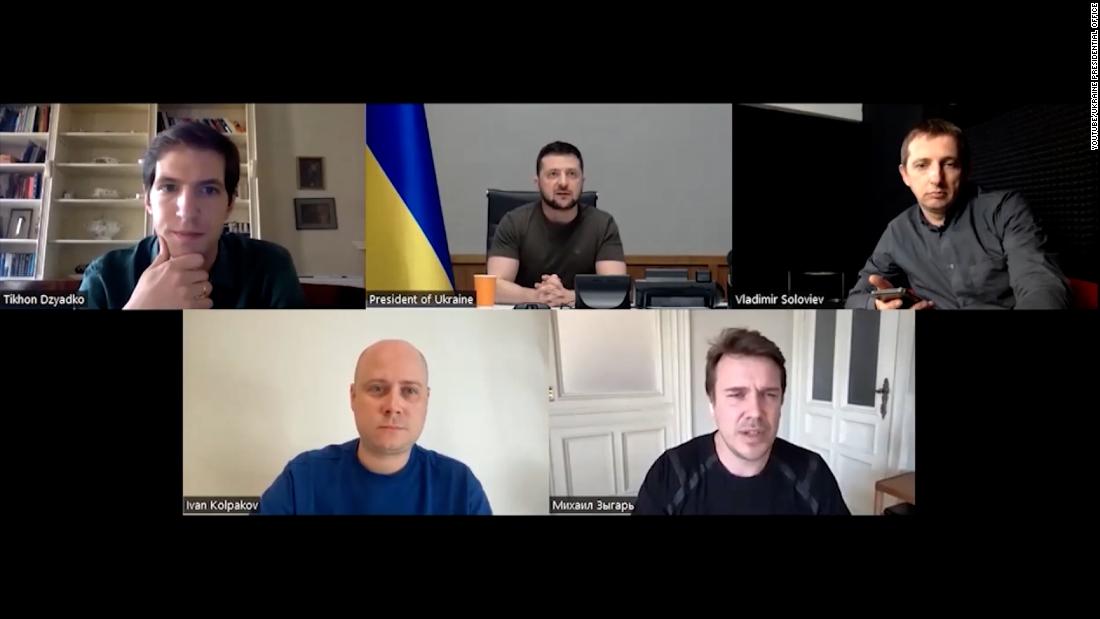 Lviv, Ukraine (CNN Business)Ukrainian President Volodymyr Zelensky has accused Moscow of being “frightened” by journalists “who can tell the truth” after the Kremlin attempted to prevent Russians seeing an interview he gave about the war in Ukraine.

Moscow’s media watchdog Roskomnadzor issued a statement Sunday warning Russian news outlets against rebroadcasting or distributing the interview between Zelensky and some of Russia’s most prominent independent journalists.
“Roskomnadzor warns the Russian media not to publish this interview,” the agency said in its statement. “The media outlets conducting the interviews will be subject to scrutiny to determine the extent of responsibility and the appropriate response to be taken.”

The journalists who interviewed Zelensky were from Meduza, a website based in Latvia, Moscow newspaper Kommersant and recently shuttered channel TV Rain. The prominent writer Mikhail Zygar, who is now in exile, also took part.

Some of the outlets that participated have been formally labeled as “foreign agents” by the Russian government, Roskomnadzor said in a statement on social media app Telegram.

During the interview, Zelensky harshly criticized Moscow but also discussed a potential deal to end the war. Ukraine is ready to accept neutral non-nuclear status, he said. 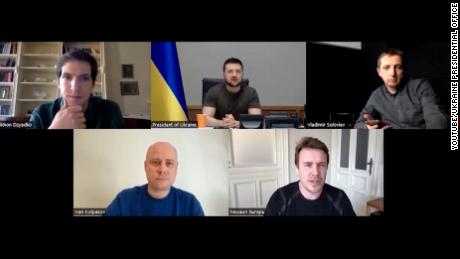 Zelensky said Sunday that Moscow was “frightened” by the truth.

“[They] destroyed freedom of speech in their state — [and are] trying to destroy the neighboring state. They portray themselves as global players. And they themselves are afraid of a relatively short conversation with several journalists,” he said during a video address.
“Well, if there’s such reaction — then we are doing everything right. [It] means they are nervous,” added Zelensky.
Moscow has cracked down on independent media in the weeks after President Vladimir Putin ordered the invasion of Ukraine, and many Russian journalists have left their home country. Access to foreign media such as the BBC has been restricted.

Russian lawmakers have also criminalized the spread of “fake” information that discredits the Russian armed forces or calls for sanctions against the country.
Novaya Gazeta editor Dmitry Muratov, who won last year’s Nobel Peace Prize for “efforts to safeguard freedom of expression,” has committed to auctioning the award medal to support Ukrainian refugees. Novaya Gazeta said in early March that it had removed articles on the war in Ukraine from its website due to the government censorship.
Source: Read Full Article 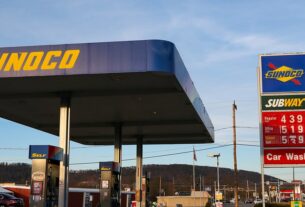 This is the hardest way to get free gasoline