Phil Spencer reveals how you can add value to your property

Lucy Green, a 26-year-old medical student, was one of the thousands of people who left London in 2020. Last year, the number of Londoners who had left the capital during the pandemic was estimated at 700,000, according to a study led by the Economic Statistics Centre of Excellence. Another report, from PriceWaterhouseCoopers, showed Londoners were leaving so quickly that the city’s population would decrease for the first time this century.

However, a few months after she moved to a quieter town on the outskirts of London, Lucy found herself missing the hustle and bustle of the capital.

Within a year, the 26-year-old had returned to London with her partner and bought a flat in the city.

Lucy first moved to St. Albans in 2020 because she wanted “more space and a garden”.

But, she said she “very quickly realised that living in London and having an easy commute to work was more important to us”.

Lucy and her partner decided they wanted to buy a flat in a more affordable, but still busy, part of the city.

They opted for a one-bedroom flat in Woolwich, southeast London, right on the Thames.

Lucy said: “We’re really pleased with our new home – it’s on the 18th floor, with a spacious balcony that has brilliant views across London.

“It feels great to be able to stop pouring so much money into renting.”

DON’T MISS:
How to remove tea and coffee stains from mugs – the one easy step [TIPS]
Houseplants: Three plants that can remove dust from your home [INSIGHT]
The world’s ‘most dangerous’ plant – ‘extremely toxic’ [COMMENT]

Lucy stressed the “cultural opportunities” available in London were also important to her.

She explained that Woolwich Works, “a new creative district delivered in partnership with the Royal Borough of Greenwich at Royal Arsenal Riverside”, opened in September last year.

This is right on her and her partner’s doorstep.

The medical student added: “The venue is home to immersive theatre company Punchdrunk as well as Chineke! orchestra and is a great example of the diversity of cultural opportunities outside of London’s West End.”

Lucy and her partner’s flat is situated in a development that she said is “a lot more vibrant than St. Albans”.

“Walking around you see lots of young professionals and families,” she explained.

“The mix of modern flats with historic listed buildings also makes it a really interesting place to be.

“You can tell that it’s not just one block of apartments but a whole community that is being developed here.”

Although Lucy initially moved from London “because of a lack of greenery”, she said Woolwich is not lacking in this department.

She continued: “It’s a great location, right on the river and next to the beautiful Maribor Park complete with landscaped gardens.

“There’s no shortage of green space, so we’re not having to compromise on that now we’re back in town either.

“My partner and I are both really sporty so being less than a minute from the Thames path for running and cycling.”

The couple also have access to a gym and pool called the Waterside Club, just a stone’s throw away from their flat.

Lucy added the location is “very well connected and getting into central London will be even easier when Crossrail opens”.

“I work in Whitechapel and my partner is based in Farringdon which are both under 20 minutes away using the new Elizabeth Line,” she said. 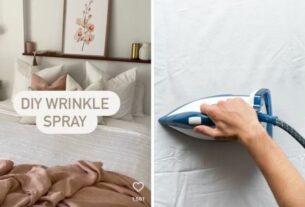 How to remove creases from bedsheets – the simple hack involving vodka 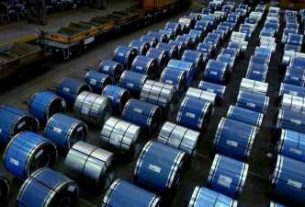 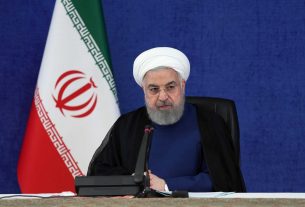