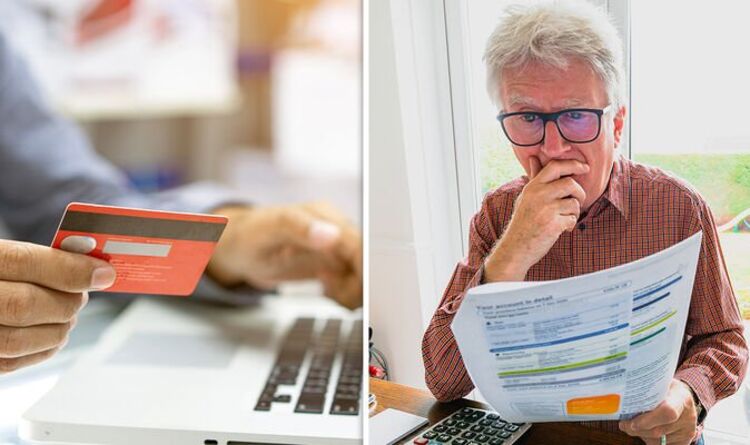 On BBC Money Box this weekend, he described how he fell victim to this cyrptocurreny fraud. Reporter Dan Whitworth described the scam as “the most comprehensive and devastating fraud” he had ever reported on.

Graham thought he was investing in cryptocurrency when he contacted a firm he found on the internet last August.

He was fed up of poor returns on his savings and hoped to use the extra money to buy a home for his son.

Graham ended up losing his savings, his car and his home and the thieves “stripped him bare”.

Graham started off investing £50 but was told the more he put in the more he would get out.

Next it was £10,000, and then eventually Graham had been groomed by the criminals so much that he put in well over £100,000 worth of his savings.

Bit by bit, the criminals pulled Graham in deeper into their web and got him into thousands of pounds of debt.

Mr Whitworth explained they did this by convincing Graham there was a problem with the company he had originally invested with. A second man, who called himself Jeff, got in touch with Graham and said he could help him get all his money back and even make money on his original investment on top of that.

He said he would need more money to do it, so Graham, increasingly frantic to get his money back, was pulled even further and further into the fraud.

In Graham’s desperation he ended up throwing more good money after bad.

Graham said: “I began to fear that maybe there was a problem with this particular company and that I was not being given good advice. But at that stage I had kept all of this investment to myself, I hadn’t even told my children and I don’t have a partner – I’ve been widowed now for 17 years.

“With lockdown and being stuck at home and all the other things that have gone on in the last couple of years I very much worked alone in the house.”

Graham quickly burned through all of his cash and maxed out on the loans that he could take.

By this time Jeff was able to convince him to take equity release on his house. He wanted another £280,000 because of the “loss of value of Bitcoin”.

Graham was reluctant to do this but Jeff kept reassuring him that he had a team ready to buy back his house and that he would also get a full return on his investments which was going to be valued at “something like £1.4million”. Graham reluctantly agreed, and voiced his concerns in a letter.

Graham continued: “It all came to a head on February 8 when I tried to contact Jeff because that was the day he should have bought the house and I should have had my investment returned in full.

“I could not reach him, then I had a WhatsApp message from his PA to say that he’d had a bad car accident and was in hospital.

“I thought this has got to be total total fraud, suddenly it all came to a head and I thought, ‘oh my God’. I became very concerned, I was very frightened at what I’d done. I began to feel like a total idiot, I was very ashamed of myself.

“I’d basically given my entire life away to this individual. I pulled all the blinds and curtains closed in my house and my neighbour saw what I’d done and she rang me up. She said, ‘Graham, what’s the problem?’ and she came over to my house and then my son came and it all broke. I said what I’d done, I was a complete and utter mess, I could not believe what I had done.

“I’m 77 years old; I’m a mature man, I have fought in two wars, I have had a commission in the Royal Air Force for 22 years, I have flown around the world, I have operated around the world, I have lived in many countries, I have experienced death, I have experienced awful tragedies and yet I had made this gross, terrible, terrible error of actually giving everything away to this fraudster.

“I’m actually appalled that I’m talking about this right now, it is very difficult to explain.”

Graham’s daughter Liz said the whole family was in complete shock to find out that he had lost everything. She described the fraudsters as more like “murderers” because they had taken away his future. “They stole everything,” she said.

The family said they had agreed the tell Graham’s story, which was difficult for all involved, in an effort to make people aware of the dangers of scams like the one he had suffered. Liz said the fraudsters had turned the entire families lives upside down and warned anyone who thought they were too wise to be scammed to think twice.

In total Graham lost nearly £800,000, the vast majority of that money was transferred to two accounts, one in Santander and one at Barclays.

Barclays said they would take no further action while Santander said the case was under review.