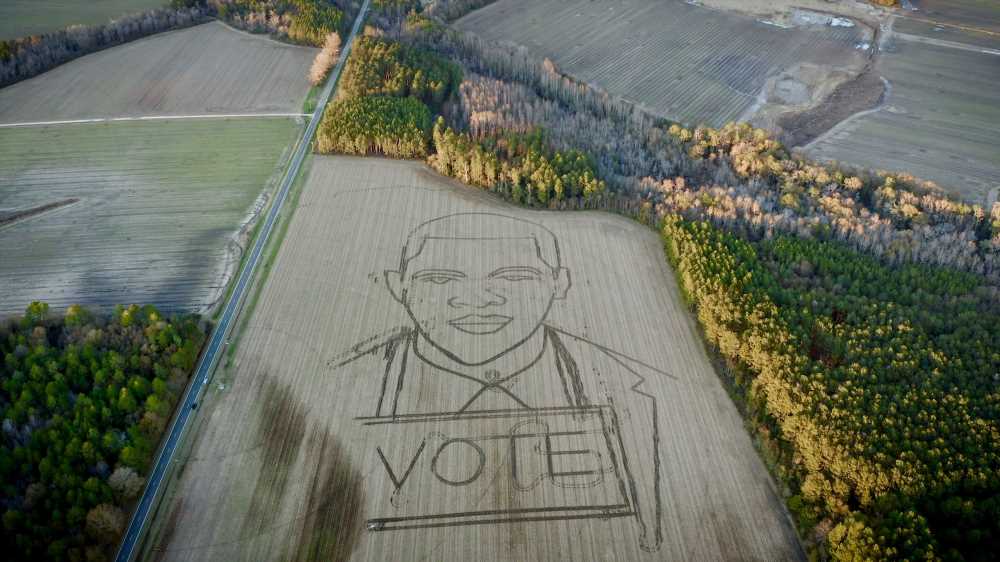 A portrait depicting late Rep. John Lewis spanning across 40 acres of farmland was created over the weekend in Georgia, in time for the state’s Senate runoff elections on Tuesday.

The creation of the crop art, which is located in Irwin County, was led by artist John Quigley and Nebraska farmer Art Tanderup. The portrait was made to honor Lewis’ voting rights legacy by inspiring turnout ahead of the runoffs, where Republicans Kelly Loeffler and David Perdue are defending two seats in the U.S. Senate against Democratic challengers Jon Ossoff and the Rev. Raphael Warnock.

Quigley said that Lewis had long served as an inspiration to him and that he and Tanderup felt that Tuesday’s election was a fitting opportunity to pay tribute to the late civil rights icon who was a “man of action.”

“[It was] such an honor to just work towards a tribute or an honoring of John Lewis, one of the truly great humans,” Quigley said.

The portrait of Lewis is carved on farmland run by farmer Dan Glenn in Fitzgerald, Georgia, approximately three hours south of Atlanta. The sketch depicts a famous mugshot of Lewis taken in 1961 after he was arrested for using a whites-only restroom. The crop art reimagines Lewis wearing a sign that reads “VOTE.”

“I thought, ‘that’s the shot, that’s the spirit of the young John Lewis,’” Quigley said.

Quigley and Tanderup collaborated with storytelling agency HUMAN to honor Lewis. As part of a grassroots campaign to inspire voter participation called #WithLove, HUMAN created a video titled “The Spirit of History” that features Lewis’ voice and the 40-acre portrait honoring him.

The process to inscribe the portrait on farmland began with Quigley and sketch artist Jessica Klampe, who helped create the design, Quigley explained to HuffPost.

The team underwent a measuring process to figure out the appropriate sizing to carve the graphic on the 40-acre plot of land. Tanderup then drove the tractor over the soil, as Quigley walked in front of him to outline the portrait.

“I basically paint the lines of the drawing with my feet,” Quigley said. He later added, “[Tanderup] follows me and I use arm signals for when to put the disc machine in to turn over the soil and when to pull it up.”

But the already intricate process, which began on Thursday at sunset, was hindered by torrential rain and flash flood warnings. Quigley said at times he walked through the field with mud up to his knees.

Luckily, with the help of Glenn, neighbors of the farm and other volunteers who chipped in, the team behind the portrait was able to finish the project just before sunset on Monday — and before the runoff elections on Tuesday.

Tanderup and Quigley began working together to create crop art about six years ago and have made a number of portraits on land together since. They previously partnered with #WithLove in October to create a 50-acre portrait with an outline of the map of the U.S. in Wisconsin ahead of the 2020 presidential election. The message read: “United #Votewithlove.”

Quigley said that he and Tanderup were motivated to create crop art in swing states ahead of the November election since they viewed it as “the most important election of our lifetime.”

He said he hoped the portrait of Lewis in rural Georgia would “help bridge the divide that we’ve been seeing in America.” 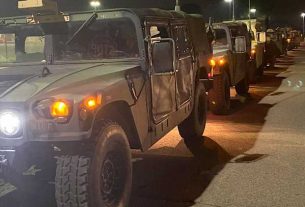 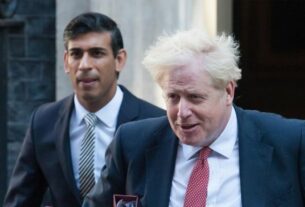