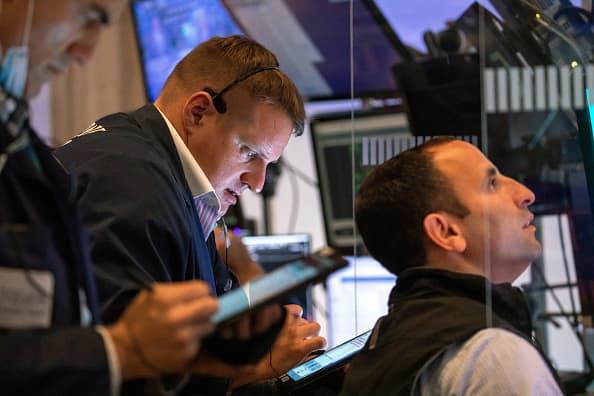 Stock futures were flat in overnight trading on Thursday after two straight days of gains pushed major averages into positive territory for the week.

The blue-chip Dow advanced 500 points on Thursday for its best daily performance since July 20. The S&P 500 gained 1.2%, while the tech-heavy Nasdaq Composite rose 1%.

The major averages have wiped out the steep losses earlier this week and are on pace to post a winning week. The Dow is up 0.5% week to date, on pace to break a three-week losing streak. The S&P 500 have gained 0.4% this week, and the Nasdaq is up about 0.1%.

Some expect Evergrande to default on bond payments as it's still unclear if the developer was able to pay $83 million in interest on a U.S. dollar-denominated bond due Thursday. Bloomberg News reported that government regulators instructed Evergrande to avoid a near-term dollar bond default. Bondholders could also be eyeing a 30-day grace period. Regardless of the outcome, investors seem to hope that the impact on Wall Street would be contained.

"If Evergrande fails, the exposure outside of China appears limited, and since the government will do whatever it takes to contain it," said Edward Moya, senior market analyst at Oanda. "If China is successful, global risk appetite may not be dealt that much of a blow."

On Wednesday, the Fed said a tapering of its monthly bond-buying program "may soon be warranted," but it did not give a specific timeline on when it may begin moderating its purchases.

"While we are far from the end of QE and near-zero rates, the tide seems to be beginning to change," said Anu Gaggar, global investment strategist at Commonwealth Financial Network. "So far, the market had welcomed bad news as good news, but a market reacting to signs of an economy able to stand on its own without the monetary policy crutches is a refreshing change." 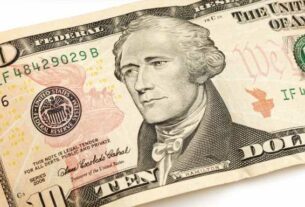 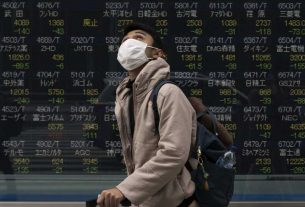 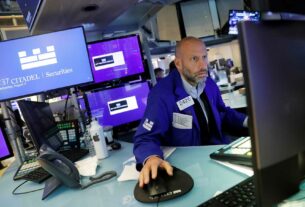