China is at a crucial moment in its political and economic evolution. The political growl that is trying to become a dominant roar is being met with unexpected economic obstacles. As China aspires to become a global superpower, it's fascinating that it is facing the very test it presumed the Western world would fail: money or principles.

Deng Xiaoping, China's leader from 1978 to 1989, recognized as the "Architect of Modern China," once told his nation to "hide your capabilities, and bide your time." Current Chinese President Xi Jinping is boldly declaring, through policy and rhetoric, the time for hiding and biding is over.

Under Xi, China's Machiavellian approach to international relations is now fully transparent. The chimera of diplomacy and overtures to do business fail to disguise raw ambition and a brash grasp for power and influence.

China cannot continue to tout our economic ties when technology is shamelessly stolen, copyrights are ignored, Hong Kong is subdued, Uyghurs are persecuted, and Taiwan is threatened. Nor can we ignore the way that Xi seeks to reshape China itself, as entrepreneurs are silenced, companies come under greater government control, and technology and big data are unleashed for Orwellian social control.

"The Art of War" by Sun Tzu posits that understanding one's adversary is fundamental to a victorious strategy. China's understanding of the West in general, and the United States specifically, is arrogant, hedonistic and money loving. It presumes that Western countries will sacrifice principles in pursuit of profits. The paradigm of the greedy Westerner has served China well since Tiananmen Square, but recent experience with Australia suggests that China may have misjudged.

An article in Foreign Affairs magazine by former U.S. deputy national security advisor Matt Pottinger states the following: "CCP leaders gambled that Australian businesses, suffering from a targeted trade embargo, would lobby their government to make political concessions to Beijing. But the Australian people—business leaders and exporters included—understood that accepting China's ultimatum would mean submitting to a dangerous new order. Australian businesses absorbed the losses, weathered the embargo, and found new markets. Australians decided that their sovereignty was more important than lobster sales—no doubt confounding those in Beijing who had assumed that Canberra would put Australia's economic interests ahead of its foundational values."

While pressuring our allies abroad, at home, Xi and his cohorts are seeking to reshape the Chinese economy and society into a techno-authoritarian state-run marketplace. Regulatory measures range across wide swaths of private sector and personal activity. The state now tells companies how to write their algorithms, cracks down on social media accounts that post financial information, specifies how many hours of video game time children get, and applies opaque national security regulations to matters of commerce and technology.

Hong Kong is constitutionally described as "one country, two systems." In July 2020, China imposed a "national security law" that effectively returned Hong Kong, a global center of commerce with one of the most important stock markets, to "one system." The assumption that world market participants would continue to conduct the same volume of business through a newly restricted, more opaque Hong Kong is affecting economic growth and the national income. Jack Ma, founder of online behemoth Alibaba, has been forced from the public eye with his charismatic voice silenced. Alibaba's shares that traded as high as $319.32 on Oct. 27, 2020, closed at $170 last week, and the technical chart remains negative.

Here's the rub: China's reach for power and domination is being met with economic costs. It seems ironic that the world may now learn if China will pursue its principles or its money. Years ago, Sister Irene Kraus, a Roman Catholic nun in charge of a large hospital system, said, "No margin, no mission." This gospel for health-care managers across the country is good advice for government leaders, too. Democratic strategist James Carville once told U.S. voters, "It's the economy, stupid."

In sum, it's difficult to govern effectively without an economy able to support the populace, maintain domestic tranquility, and respectability on the world stage. How long can we continue to see China as a tranquil and respectable business partner?

If Beijing eases sufficiently such that it can reinvigorate economic activity, world markets will benefit. Still, the long-term course set by Xi is clear. No matter the outcome of the current test for China, the United States and other world powers can never forget Beijing's ambition to reshape the world.

Already, American politicians are responding to this challenge, as both the Trump and Biden administrations have been tough on China, while Congress invests in U.S. R&D and ponders proposals addressing investment in China and its influence in U.S. corporate boardrooms. Still, Beijing will pressure our private sector leaders in fields like technology, finance, and entertainment as it seeks to decouple and reshape global economics and institutions for its ends. Ours is a nation founded on principles, as well as the strength of our friendship and trade with allies and partners. Let's understand the magnitude of this threat and be vigilant in preserving, protecting, and defending our principles, values, and treasure.

Michael K. Farr is a CNBC contributor and president and CEO of Farr, Miller & Washington.

Dan Mahaffee is the senior vice president and director of policy at the Center for the Study of the Presidency and Congress in Washington. 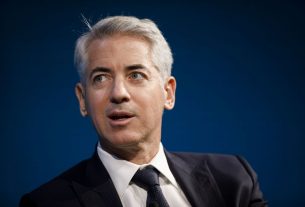 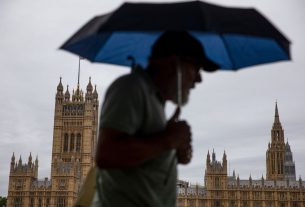 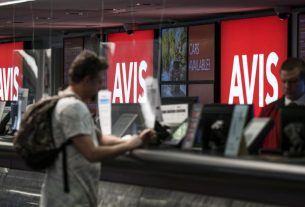