Australian businesses don’t come much bigger than the Commonwealth Bank, a $180 billion giant that sits behind BHP as the second-largest listed company in the country.

But in recent weeks, CBA’s chief executive Matt Comyn has attempted to paint the bank as the little guy. That may sound like a stretch, but he has done so by picking a fight with a company almost twenty times CBA’s size, which most people would never associate with banking: Apple. 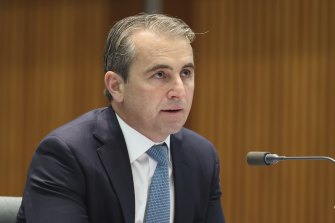 The reason for Comyn’s concern is Apple’s power in an obscure but fast-growing part of banking: apps known as “digital wallets” that allow smartphones to make tap-and-go payments, instead of plastic cards.

As Comyn told a recent parliamentary hearing, 80 per cent of contactless payments go through iPhones – earning the tech giant lucrative fees – even though Apple is not regulated as a payments business, and doesn’t help fund the cost of payment infrastructure.

“The thought that a single provider could have 80 per cent market share in an individual market is usually cause for concern,” Comyn said.

“I’d be the first to say they make fantastic products, but this is a company [whose] market cap is double Australia’s gross domestic product,” he told the hearing, before also highlighting Apple’s “very minimal” local tax payments.

For the cautiously spoken Comyn, it was quite a spray. The war of words escalated last week when Apple accused Comyn of quoting “misleading” figures and trying to protect his bank’s dominant market position.

Treasurer Josh Frydenberg this week elevated the issue further when he singled out Apple and Google’s growing power in payments system after a sweeping review recommended a shake-up to payment regulation.

So, why are two of the country’s most powerful financial figures so concerned about Apple Pay, a service that has operated in Australia for almost five years? And could a company known for iPhones and other slick technology really threaten the banks?

Tensions between CBA and Apple have erupted, not coincidentally, amid a major shift in how Australians pay at the checkout. Smartphones will usurp plastic cards as the most popular form of contactless payment by the end of the year, CBA expects, and that trend comes at a cost to banks.

Whenever a payment goes through Apple Pay – a service the banks argue they basically have to provide – Apple takes an undisclosed fee for providing the hardware that turns phones into wallets. Google’s digital wallet doesn’t charge a fee for doing this, but unlike Apple, it does use consumer data for its business.

The rise of digital wallets has been turbo-charged by the pandemic, which accelerated the digitisation of finance, with CBA reporting growth of 90 per cent in digital wallet transactions in the past year.

However, this fight is about much more than Apple Pay and its associated fees.

More fundamentally it is a fight over what business customers use when doing their banking: the bank or the tech platform? It is also about how the government regulates payments – one of the most critical services banks provide. 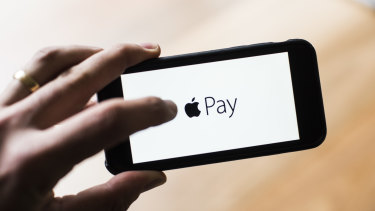 The rise of digital wallets such as Apple Pay has been turbo-charged by the pandemic.Credit:Josh Robenstone

And the risk is hardly unique to CBA, even if it has been the most outspoken about Apple. But why is Apple considered a threat?

AirTree Ventures partner James Cameron says while it’s “a bit rich” for CBA to be warning about market share given its own dominance, the critical battle among banks and fintechs is to engage customers via apps.

“This is one battle in a bigger war: the war for engagement,” he says. “You really need to be the real estate that people have on their screens, that they turn to five to 10 times daily.”

As Afterpay has shown, providing a slick app-based payment service can be a way to pinch millions of customers from banks. Deep-pocketed tech giants could do something similar, but on a larger scale.

Evans and Partners analyst Matthew Wilson says there is a long-term risk that Apple’s popularity with the young in particular leaves banks relegated to being disenfranchised manufacturers.

‘This is Silicon Valley versus the banking system. I think it has the potential to be significant because Apple is stepping in between the bank and the customer.’

Today, the cut Apple gets from Apple Pay itself is not particularly big. But over five to 10 years, Wilson says it is possible the tech giant could also allow disruptors onto its platform.

Such a move could heighten the competition in banking by allowing fintechs to target younger customers in a similar way to how Afterpay uses its app to pinch bank clients.

“This is Silicon Valley versus the banking system,” Wilson says. “I think it has the potential to be significant because Apple is stepping in between the bank and the customer. Everyone wants to own the customer, the distribution/network return is more valuable,” he says.

Bankers have warned about these potential risks for years, with former NAB chairman Ken Henry saying in late 2017 that banks could be “challenged beyond our ability to cope by the big IT platform providers.”

The difference today is that the disruption is clearly taking place.

In the United States, Apple already offers a credit card (issued by Goldman Sachs) and is reportedly working on a buy now, pay later offering. Google last year announced a plan to offer deposit accounts, though the money will be held by licensed banks.

Jefferies analyst Brian Johnson says a larger threat from technology giants is in business lending – where tech companies such as Square can use a firm’s payments data to assess creditworthiness. “If you’ve got the payments data, you’ve probably got the best data there is on the borrower,” he says.

Yet Johnson says there are also opportunities for banks with the systems to exploit the masses of data they hold on customers.

Rather, he says the entry of tech giants puts a premium on digital experiences and features such as reward schemes.

“The ones that should be concerned are the ones that are struggling to design and build great customer experiences,” Rothwell says.

Despite the clear encroachment by tech giants into financial services, the money being made by Apple in this area is still relatively small beer for the iPhone maker.

Apple discloses the revenue from finance bundled up with “services” revenue, which also includes its subscription service Apple TV and warranties. Revenue from these activities was US$50 billion ($67.5 billion) in its latest nine-months results, less than a fifth of the total US$282 billion in company-wide revenue for the period.

The main point of Apple Pay is to help it sell more of its most important product: the iPhone.

Portfolio manager at Insync Funds Management John Lobb says Apple Pay allows the company to turn the phones into secure substitutes for an old-fashioned wallet, but he doesn’t think a major expansion in finance would make sense for the tech giant.

“I just don’t think the finance side of things is ever really going to shoot the lights out [for Apple],” says Lobb, who holds Apple shares in the funds he manages.

Yet even if big tech players have no intention of becoming banks, they can expect more regulation.

Apple has so far dodged regulation because it does not actually hold the money on behalf of customers, and it argued in a submission to a parliamentary inquiry that it was not even a payment service or payment app. Rather, it says its app provides the “technical” architecture that allows customers to make payments with their bank cards.

But it appears that distinction may soon become less relevant, with the regulatory gap it has squeezed through likely to close.

A landmark review of payment regulation led by King & Wood Mallesons partner Scott Farrell released this week proposed a new system that would give the Treasurer more power over payments policy, with the flexibility to regulate digital wallets if needed.

Banks signalled their strong support, with a CBA spokesman saying rapid technological change and new business models were clearly creating challenges for the regulatory framework. “As technology continues to transform payments in Australia, regulations need to evolve to ensure that a level-playing field is maintained and strong competition drives better outcomes for Australians and Australian businesses,” the spokesman says.

And the power of big tech in banking seems to be one thing Labor, the Coalition and the government can generally agree on.

Labor Senator Deborah O’Neill, a member of a committee investigating digital wallets, accuses the government of taking too long to release Farrell’s report, and of not having paid enough attention to the regulatory gaps. But she ultimately shares the concerns about Apple’s power, saying it already has a “huge” share of the market.

Liberal Senator Andrew Bragg says tech giants already have large amounts of power in the economy and society, and while he’s instinctively free-market, he is wary about them gaining more clout in payments.

“The pandemic has amplified big tech’s incursion into the payments system. This has all happened outside the normal regulatory environment, so there’s a regulatory arbitrage going on,” Bragg says.

“We need to make sure Canberra is in the policy driving seat, not the RBA, and not Silicon Valley.”

Time may be running out on digital wallets being a regulation-free zone. But the rivalry between banks and tech giants is probably only just getting started. 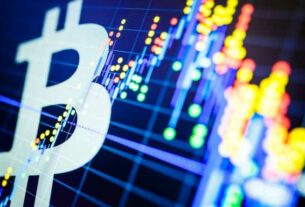 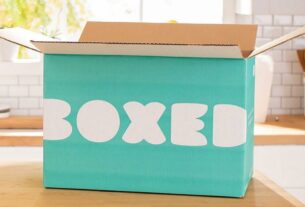 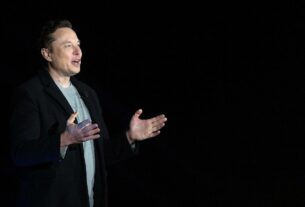 What Elon Musk's big investment in Twitter could mean