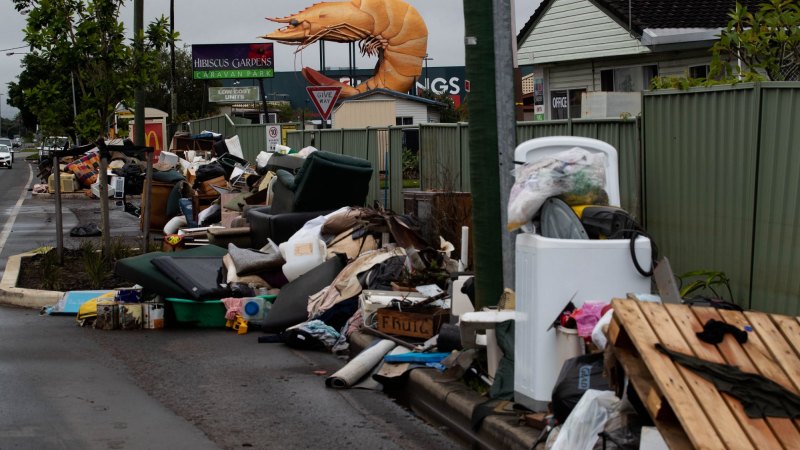 The flooding disaster in NSW and Queensland has prompted market experts to predict home insurance premiums will rise more than 10 per cent next financial year, as insurers pass on the mounting cost of catastrophes.

After torrential rain and flooding hit communities down the east coast in recent weeks, insurance companies have already received more than 100,000 claims, which experts say will leave the industry with a multibillion-dollar bill. 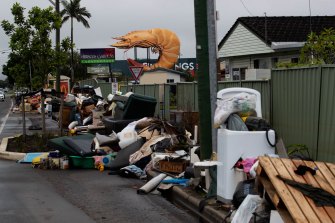 Flood-damaged possessions in Ballina, in the Northern Rivers region of NSW.Credit:Janie Barrett

The exposure of Australia’s biggest insurance companies – Insurance Australia Group, Suncorp and QBE – is capped by reinsurance policies with global insurance firms. Even so, industry experts say the disaster will still result in premiums, which were rising at 7.6 per cent a year, increasing even more quickly.

The prediction of premium hikes comes as IAG on Wednesday lifted its allowance for catastrophes by $550 million to $1.1 billion, as claims continue to climb as residents return to flood-devastated areas.

Analysts at investment and advisory firm Jarden on Wednesday said premiums for home cover jumped by about 7.6 per cent in 2021, and the growth rate was likely to lift to more than 10 per cent in the 2022 financial year.

Analyst Kieren Chidgey said Australian insurance companies would be facing higher costs on several fronts. Alongside the pressure on rebuilding expenses due to labour shortages and a jump in the cost of building materials, he said reinsurance companies would demand higher premiums when they next renegotiated their policies with the local insurers.

“Off the back of these events we would expect more pressure on reinsurance pricing. That’s a higher input cost that insurers need to pass on through their pricing back to consumers,” Mr Chidgey said.

Australian insurance companies have repeatedly raised their budgets for disaster claims in recent years after underestimating natural peril claims. Mr Chidgey predicted further increases in insurers’ allowances for catastrophes, which would be a further cost to pass on to customers.

“We would think logically you should see an acceleration [in premium growth],” Mr Chidgey said.

Insurance giants IAG, Suncorp and QBE all predicted higher premiums when handing down their latest financial results, before the flooding disaster.

IAG chief executive Nick Hawkins said insurance assessors had started inspecting damaged property and he joined other insurance bosses in calling for a greater focus on mitigation and land planning in at-risk areas.

“As well as supporting people through the immediate recovery period, we need to ensure we rebuild communities and infrastructure stronger, so we can help prevent this level of destruction happening again,” said Mr Hawkins, who will visit flood-stricken Lismore and Murwillumbah on Thursday.

“We urge governments to work with insurers and communities to identify and invest in mitigation and take action to improve land planning and building codes and other resilience measures. This needs to be a priority.”

The Insurance Council of Australia on Wednesday said it had received 107,844 claims from the recent floods in Queensland and NSW, of which about 80 per cent were property claims. It estimated claim costs of $1.6 billion so far. The Jarden analysts said insurance claims from the disasters could ultimately exceed $3 billion. 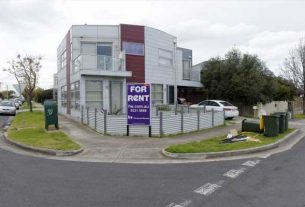 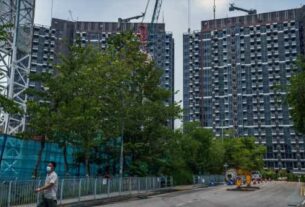 China's embattled developer Evergrande is on the brink of default. Here's why it matters