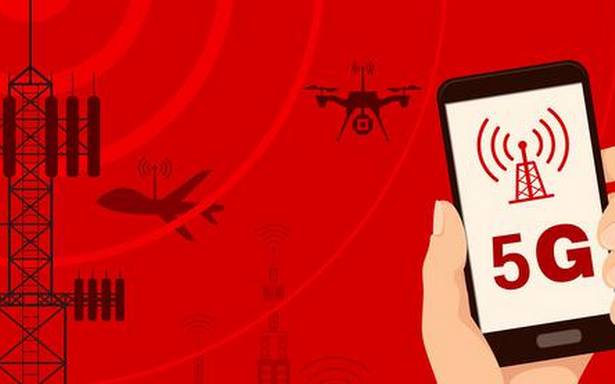 Can expansion of 5G networks and aviation co-exist in a safe manner? What has the FAA directed?

The story so far: On December 7, 2021, the U.S. Federal Aviation Administration (FAA) issued two airworthiness directives (with effect from December 9, 2021) that are to create a framework as well as gather more information about the potential effects of 5G on crucial aviation safety equipment. The FAA has also said that it is working with the Federal Communications Commission and wireless companies to ensure that the expansion of 5G and aviation can co-exist in a safe manner. The Federal Communications Commission is an independent U.S. government agency overseen by Congress that regulates “interstate and international communications by radio, television, wire, satellite and cable in all 50 states, the District of Columbia and U.S. territories”. It is the primary authority for communications law, regulation and technological innovation.

Why is it significant?

On November 2, 2021, the FAA had issued a Special Airworthiness Information Bulletin which had “initial information about possible interference from 5G C-band wireless transmissions”. These steps are significant as American wireless communications companies get ready in early January 2022 to begin transmission in the “C-Band” (in 46 places), which is a range that is close to the one used by certain aircraft equipment. This will be in addition to other frequencies already in use for 5G.

What is the essence of the FAA directives?

In short, the directives affect two categories of air transportation, the first being transport and commuter-category aircraft and the second, helicopters. . It is estimated that over 6,800 aircraft equipped with radio altimeters will be affected; they include aircraft made by Airbus, Boeing, Embraer and Gulfstream to name a few.

The directives address the “threat of potential radar altimeter interference” from 5G cellular in the 3700 MHz-3800 MHz frequency, or the C-band — another report gives it as between 3700-4200 MHz — which is close to the 4200 MHz-4400 MHz range used by aircraft radio altimeters, says the FAA. The directives will also require highlights in flight/flight operation manuals that will limit flight operations when such interference is experienced. Operations by aircraft including large jets could be limited or prohibited from using certain landing and navigation systems in places where there is scope for potential interference from new 5G cellular networks. The restrictions could be severe for smaller aircraft and helicopters. Overall, these could result in flight cancellations, delays or diversions in 46 places where these towers are, according to an aviation report.

A report says that telecom firms in the U.S. are expected to begin activating additional 5G frequencies as early as January 5, 2022. In November 2021, these firms had announced voluntarily restricting power output at cell towers (using these frequencies) in locations near an estimated 46 airports and other strategic locations for about six months. The FAA has also sought specific data about the locations of 5G towers, their power supply and angles to study how they can interfere with aircraft approaches. This could lead to what experts call “more-tailored warnings that are less disruptive”.

What is the aircraft equipment that can be affected?

A senior Airbus commander and examiner told The Hindu that all medium and large commercial aircraft have two types of altimeters — pressure altimeter and radio altimeter. The pressure altimeter displays the altitude of the aircraft in relation to mean sea level and uses the ambient pressure to measure the altitude. It is prone to various errors and requires certain corrections but has the advantage of giving altitude measurements all the way up to the aircraft’s cruise level. It is used for all purposes of Air Traffic Control reporting, and maintenance of separation and altitude as all aircraft can use a specified common datum such as MSL or airfield altitude. Most commercial aircraft have two radio altimeters, with the indication coming up on the primary flight display. The antenna are placed in the fuselage of the aircraft.

The radio altimeter, he said, is a misnomer as it measures height (not altitude) of the aircraft above the surface immediately below the plane. For this purpose, it transmits a radio signal directly below. While older systems calculated height based on the time between transmission and reception of the reflected signal, the more modern radio altimeters use more refined techniques such as “measuring the phase shift of the reflected signal”. This is very accurate within short range. Most radio altimeters are limited to around 2,500 ft above surface level. In short, the radio altimeter gives the height above the immediate terrain. For all modern commercial aircraft, it is a very important tool used for precision approaches and landing. For example, on an Airbus, the radio altimeter input is used by the system to authenticate the aircraft glideslope while carrying out an instrument landing system (ILS) approach. So, if both radio altimeters are not available, the pilot would be compelled to do a manual approach. There are various other systems that depend on inputs from the radio altimeter — for example, predictive windshear, ground proximity warning system, traffic collision avoidance system, and auto land, he said. These effects are only when the aircraft is close to the ground, i.e. up to 2,500 ft above ground level (depending on the aircraft make). The non-availability of the radio altimeter can be crucial during approach and landing for most modern aircraft and any disturbance to internal radio altimeter readings caused by 5G or other equipment transmitting in frequency bands close to it can result in disastrous effects on crucial systems during approach/landing.

Another senior commander who flies Boeing aircraft said that the problem can get amplified because the radio altimeter is essential for any type of precision approach which in this day and age is used at major airports almost 100%. The fact that the working frequencies of 5G and the radio altimeter are relatively close to each other is a matter of concern, he said.

What are the takeaways from the directives?

According to Captain A. (Mohan) Ranganathan, a former airline instructor pilot and aviation safety adviser, there are four important points in the FAA order.

The first is: “Prohibited operations include instrument landing system approaches (ILS), required navigation performance (RNP) operations, automatic landing operations and some use of enhanced flight vision systems and other flight control systems”. Captain Ranganathan says that if ILS, RNP operations and Autoland are prohibited, the entire operations come under what is called a non-precision approach category which will require increased visibility and obstacle clearance limit requirements. For airports and passengers, this will result in additional flight times and also more fuel requirement for each flight as the separation between flights will increase that will have a domino effect of flight delays. The effect could be compounded in areas that experience adverse weather conditions.

The second: the FAA’s separate order for helicopters likewise prohibits automated flight that requires use of radio altimeter data in 5G-affected areas. Those operations include auto-hovering. This means that helicopter flying in all areas within the vicinity of a city or town will become impossible unless they revert to manual flights

The third: there is a warning of potential interference from both transmissions from 5G base stations and from the handheld phones of passengers. This is the biggest danger, he says, as a majority of passengers do not switch off cell phones. This could pose extreme danger when flying in the vicinity of major airports. Even if 5G towers are prohibited within a certain radius, any passenger switching on and using the (5G) phone while the aircraft is at lower altitudes and hovering due to delays, can be in danger.

The fourth: for large commercial aircraft, the risk is limited to “specific scenarios”, but can cause “extreme” consequences in some circumstances, such as when aircraft are performing reduced-visibility instrument approaches, says the directive. Reduced visibility approaches, he says, pose a big danger as the aircraft is close to the ground and a false input to the autopilot system due to erroneous signals can result in a crash.

Is there an issue with mobile phone use?

In 2000, Swiss aviation investigators believed that “electrical interference from a mobile phone” could have been a factor in the crash of a small aircraft, .Crossair flight LX 498, shortly after take-off. A report says that tests showed that the navigation system of the small aircraft could be disrupted by mobile phone signals..

Earlier this year, the French Civil Aviation Authority had warned that the latest generation of smartphones, 5G, can interfere with aircraft altitude instruments, and recommended that they should be turned off during flight.

But up until now, there has been no evidence of a mobile phone having caused a crash.

What about the implications for India?

The Directorate General of Civil Aviation (DGCA) did not respond to an email by The Hindu for its comments.

A senior Boeing commander said that pilots in India were aware of the implications of 5G in the country, adding that there was no official communication on the subject so far. In India, 5G could be rolled out in the 3.2 GHz-3.6 GHz band, which may not have the potential to interfere with aircraft operations, says an expert.

What is the way ahead?

The senior Airbus commander said that there needs to be a lot more research to realise the full implications of 5G on the radio altimeter and other aircraft systems. Engineers could eventually figure out that it does not cause any serious threat. There could also be expensive protective countermeasures or mitigating procedures. But till then, staying away from 5G seems to be the easiest and safest option.

An aviation expert says that wireless carriers could also operate in certain frequencies within the C-band, leaving what is called a buffer between 5G signals and frequencies used in aviation.

And, Captain Ranganathan said that in India, the DGCA should order a ban on 5G towers within 15 nautical mile radius of any airfield with precision approaches such as ILS. With densely built-up areas in many cities coming up or that are close to airports, interference to navigation signals can be catastrophic. 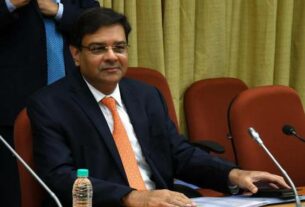 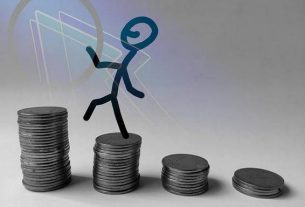 The Hindu Explains | What are one-person companies, and why do we need them? 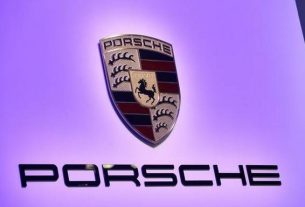