If nothing else, President Xi Jinping is known for his pursuit of order. So how far the Chinese president’s attack on the “disorderly expansion of capital” will go has emerged as a defining question for investors trying to navigate the country’s wave of regulatory crackdowns.

Since first appearing in a Politburo readout in December, the phrase has been employed by government agencies and researchers to explain actions against technology moguls, celebrities and private tutors that fuelled a $US1.5 trillion ($2 trillion) stock rout last month. The slogan, like “common prosperity,” is among several Xi-isms feeding concerns that China is tilting away from free markets and back toward more ideologically-driven centralised planning. 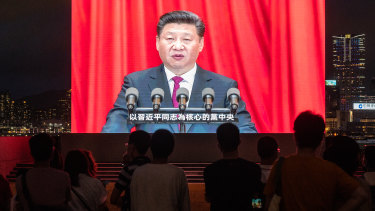 There are rising concerns that China is tilting away from free markets and back toward more ideologically driven centralised planning.Credit:Bloomberg

Its meaning, however, is even more mysterious than its egalitarian-sounding cousin. The exact words “disorderly expansion of capital” have appeared only five times in documents directly connected with Xi, according to a Bloomberg News review of nine years of the leader’s speeches and meetings. All mentions came in the past 10 months.

The phrase has appeared at least 38 times in the People’s Daily newspaper, the Communist Party’s principle mouthpiece, during that same period. While most of those articles referred back to the Xi-linked documents, a handful used the phrase more broadly in relation to Chinese capital markets. That included some referencing the nation’s securities regulator, which listed fighting the “disorderly expansion of capital” among its policy goals.

For his own part, Xi’s criticism appears largely focused on what he has decried as the “barbaric growth” of platform companies. His introduction of the catchphrase just weeks after regulators stunned investors by halting Ant Group ’s blockbuster initial public offering last year suggests it was at least initially limited to the expanding coffers of technology giants and their billionaire owners.

“After the initial shock to markets, there is now more clarity on where regulation is going,” said Dan Wang, chief economist at Hang Seng Bank China. “There will be a restructure of the digital economy in the coming years and anything not consistent with the national strategy will get toned down.”

Xi’s most recent use of the term – in an August 30 reform committee meeting – claimed “initial results” in the efforts to bring order to such capital. The statement was read by some, including Morgan Stanley analysts, that the worst may be over after a torrent of regulatory blows to the likes of Tencent Holdings Ltd. and Didi Global Inc.

Significant investments are required for breakthroughs in “stranglehold technologies” and “internet giants with massive amounts of data and advanced algorithms should shoulder greater responsibility,” said Tang Jianwei, chief researcher at the Bank of Communications Financial Research Centre, in an article explaining the “disorderly expansion of capital” that was reposted by China’s top government body.

Whether this campaign against “disorderly capital” ends there is another question. The push comes against the backdrop of Xi’s broader appeal to the party’s Marxist-Leninist roots as he prepares for a twice-a-decade party congress next year that will determine whether he remains leader for a precedent-breaking third term.

“There will be a restructure of the digital economy in the coming years and anything not consistent with the national strategy will get toned down.”

In recent weeks, state agencies and researchers have cited the “disorderly expansion of capital” to explain crackdowns on sectors other than technology. The Shanghai Banking and Insurance Regulator used the term during a meeting on financial and real estate risks. China’s top anti-graft watchdog posted an interview with a State Council Development Research Centre researcher citing the phrase as a concern in the entertainment and after-school-tutoring industries.

Wang, the Hang Seng Bank China economist, suggests reviewing China’s five- and 15-year development plans, to determine where capital expansion is encouraged. “Money flowing into sectors such as advanced manufacturing, new energy, new material, is not considered disorderly at all,” she said.

While more evidence is needed to determine where things are headed, any move away from market forces by a party that once waged a disruptive and chaotic campaign under Mao Zedong to purge “class enemies” and “capitalist roaders” will be closely watched. A commentary published widely in state media last month described Xi’s regulatory crackdowns as a “profound revolution” that will end efforts to “get rich overnight,” sparking a rare public debate in China over whether the country was heading in the wrong direction.

Authorities have appeared to calibrate their message in recent days. Xi’s top economic adviser, Vice Premier Liu He, said Monday that support for private businesses has “not changed and will not change in the future.” A commentary splashed on the front page of Wednesday’s People’s Daily said that the government was “standardising regulation and promoting development with both hands,” adding that “both hands must be hard.” 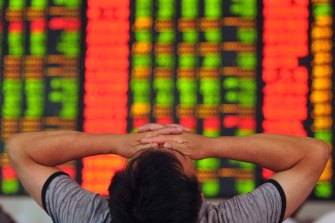 The review of Xi’s speeches shows that references to private investment have fallen off since the “disorderly” phrase arose. There haven’t been any mentions of private capital in central government documents this year, compared with almost a dozen instances in 2016.

Back then, Xi had called for the government to recognise the market’s role and create conditions to guide private capital into “all areas” that the market was capable of serving.

Jia Kang, director of the China Academy of New Supply-side Economics, said the government was now “becoming unprecedentedly harsh toward deviations during the process of capital expansion.”

“But this cannot be understood as denying the importance of capital, as it will be a dead end for the market economy to continue to develop,” Jia said. “It is imperative to avoid stigmatising capital.” 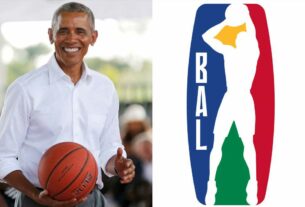 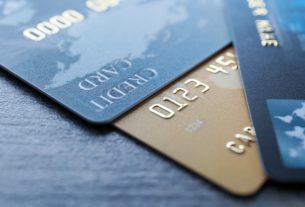 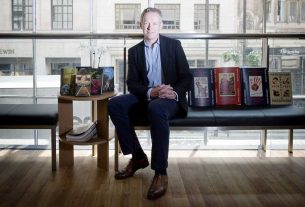