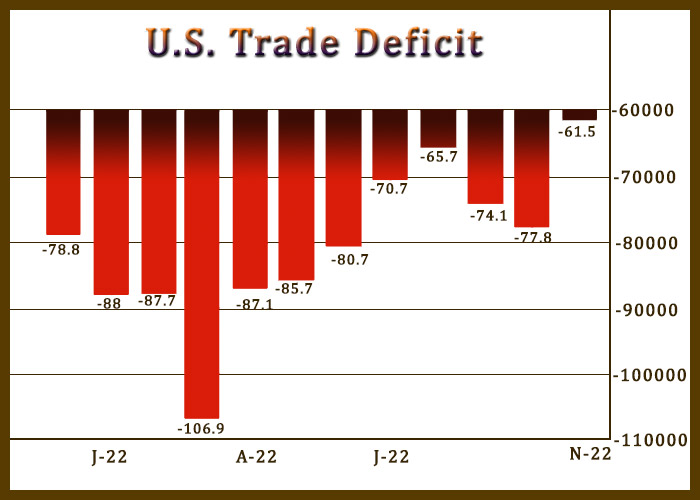 A report released by the Commerce Department on Thursday showed the U.S. trade deficit narrowed significantly more than expected in the month of November.

The Commerce Department said the trade deficit shrank to $61.5 billion in November from a revised $77.8 billion in October.

Economists had expected the trade deficit to narrow to $74.0 billion from the $78.2 billion originally reported for the previous month.

With the much steeper than expected drop, the trade deficit fell to its lowest level since hitting $59.1 billion in September 2020.

“Net trade still looks to have been a small drag on fourth-quarter GDP growth, but the bigger story is that domestic demand now appears to be weakening even faster than external demand,” said Andrew Hunter, Senior U.S. Economist at Capital Economics.

The nosedive by the value of imports reflected substantial decreases in imports of industrial supplies and materials, cell phones and other household goods and pharmaceutical preparations.

Meanwhile, notable declines in exports of industrial supplies and materials and capital goods were partly offset by a jump in imports of pharmaceutical preparations.

The report also said the goods deficit narrowed to $84.1 billion in November from $99.4 billion in October, while the services surplus widened to $22.5 billion from $21.6 billion. 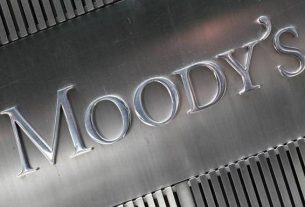 Conditions will improve for Indian corporates in 2021 as economic activity gathers pace: Moody’s 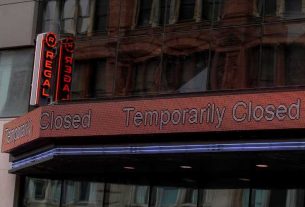 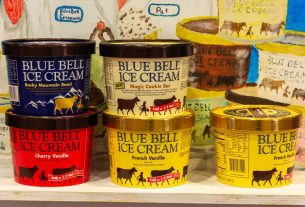