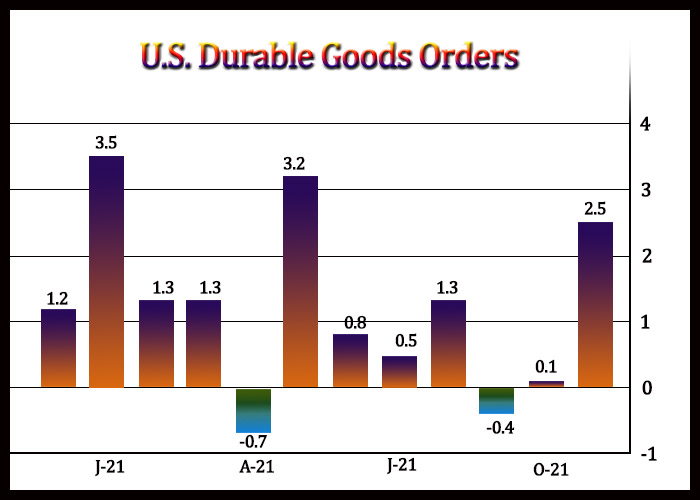 A report released by the Commerce Department on Thursday showed new orders for U.S. manufactured durable goods spiked much more than expected in the month of November.

The bigger than expected increase in durable goods orders was largely due to a substantial rebound in orders for transportation equipment, which shot up by 6.5 percent in November after dipping by 0.3 percent in October and slumping by 2.8 percent in September.

Orders for non-defense aircraft and parts led the way higher, soaring by 34.1 in November after plunging by 4.1 percent in October and plummeting by 31.2 percent in September.

Excluding the sharp increase in orders for transportation equipment, durable goods orders climbed by 0.8 percent in November after rising by 0.3 percent in October. Ex-transportation orders were expected to increase by 0.6 percent.

A 4.0 percent jump in orders for computers and electronic products led the advance in ex-transportation orders, while orders for fabricated metal products and primary metals saw modest increases.

Meanwhile, the report showed orders for non-defense capital goods excluding aircraft, a key indicator of business spending, edged down by 0.1 percent in November after climbing by 0.9 percent in October.

Shipments in the same category, which is the source data for equipment investment in GDP, rose by 0.3 percent in November following a 0.4 percent increase in October.

“Shipments are on track for a 7% annualized gain in the fourth quarter in nominal terms, but accounting for the surge in prices, were probably little changed in real terms,” said Andrew Hunter, Senior U.S. Economist at Capital Economics.

“That in turn suggests that business equipment investment will be similarly weak in the fourth quarter, after falling outright in the third,” he added. “That illustrates the extent to which price increases and shortages are hitting investment demand as well as consumption.” 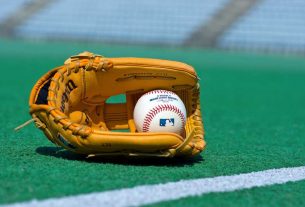 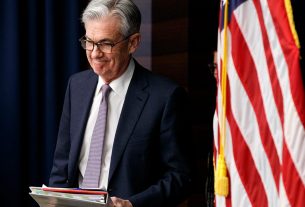 Fed expects interest rates to remain near zero through 2022, GDP to rebound by 5% next year