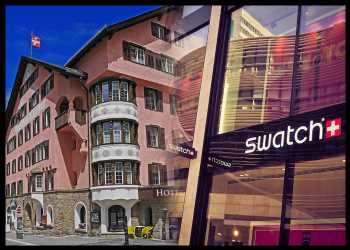 Switzerland’s economy expanded in the second quarter as the relaxation of COVID related measures helped to recover from two straight quarters of contraction, data published by the State Secretariat for Economic Affairs, or SECO, revealed Thursday.

Gross domestic economy grew 1.8 percent sequentially, reversing a 0.4 percent fall in the first quarter and a 0.1 percent drop in the fourth quarter of 2020. But this was slower than the 2 percent growth forecast by economists.

In the second quarter, total GDP was only 0.5 percent lower than the pre-crisis level seen in the fourth quarter of 2019.

Value added grew markedly in the service sector as a result of relaxed COVID measures in the second quarter. Industry also grew, although not as strongly as in previous quarters, data showed.

With the easing of COVID measures, private consumption grew 4.1 percent after the marked declines of the winter quarters. Government consumption climbed 5.5 percent due to extraordinary expenditure to cope with the pandemic.

Finally, investment in equipment was up 1.6 percent after a negative previous quarter. Overall, domestic demand rose strongly, which was accompanied by a slight increase in imports of 0.5 percent.

Exports of goods gained 0.3 percent despite the decline in transit trade and exports of services moved up 3.2 percent.

On a yearly basis, GDP was up 7.7 percent, in contrast to the 0.7 percent fall in the first quarter. Economists had expected an annual growth of 9 percent.

Elsewhere, data from the Federal Statistical Office showed that Swiss inflation rose to 0.9 percent in August from 0.7 percent in July.

Data released today showed that Swiss GDP is on track to re-gain its pre-pandemic level in the third quarter and that inflation is creeping higher, David Oxley, an economist at Capital Economics, said. Nonetheless, the near-term outlook is not as rosy as it was.

Inflation is likely to drop back next year and the Swiss National Bank will maintain the status quo for many years yet, the economist added. 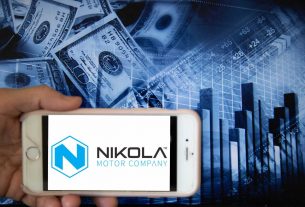 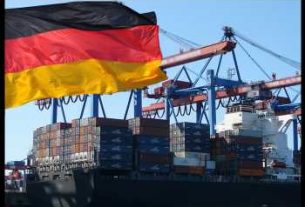 German Exports Fall Most Since 1950

Government sets up ‘bad bank’ to clear the NPA mess