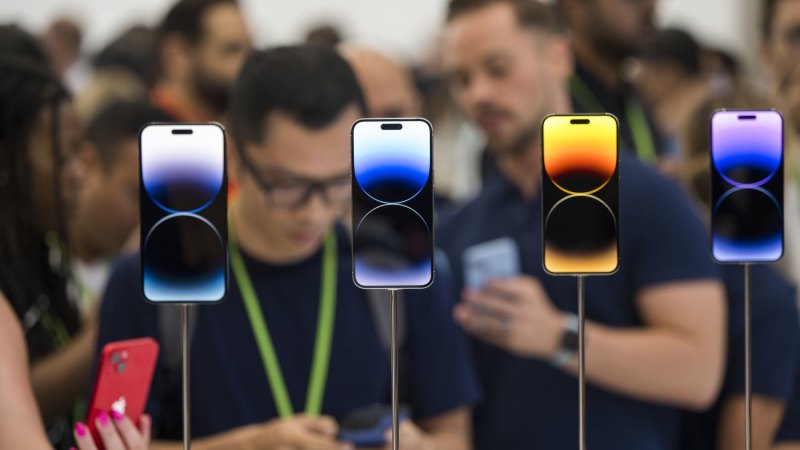 Apple is no stranger to smartphone problems. Customer complaints range from a frozen screen to a quick battery drain, poor Wi-Fi connectivity and overheating, while analysts have long obsessed about “peak iPhone”.

Yet it is no exaggeration to say that the crisis unfolding at a vital iPhone assembly plant in Zhengzhou, China, is likely to have huge ramifications not just for the US tech giant but the future of global trade and ultimately the West’s attempts to tame inflation. 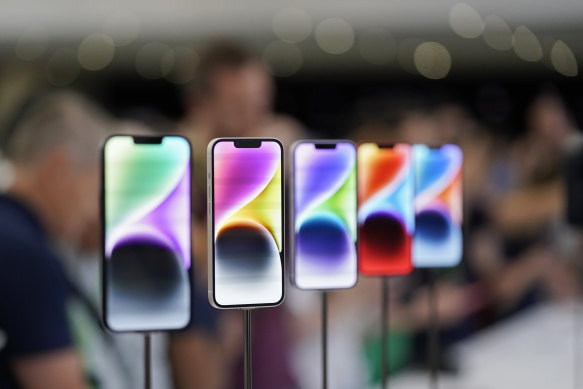 Demand for Apple’s iPhone 14 models has rapidly cooled since they were launched.Credit:AP

Few tie-ups epitomise the age of globalisation better than that between Apple and Foxconn. It is the quintessential manufacturing relationship between the West and China.

The electronics maker produces nearly three-quarters of the world’s iPhones at its plant in a sprawling industrial complex in central China called “iPhone City”. Indeed, Foxconn’s entire business model is geared up to serve some of the biggest electronics brands in the world cheaply, quickly and efficiently. Its vast plants in mainland China, powered by low-cost labour, are deeply embedded with networks of suppliers.

Yet with the entire set-up at risk of unravelling as a result of Beijing’s zero-COVID zealotry, it could be the death knell for an era in which China became the West’s workshop.

The West’s ability to unhook itself from the Kremlin’s energy imports is proving difficult enough. Ending an addiction to cheap Chinese goods will be many times harder.

Yet the tech giant has been forced to admit that it expects fewer iPhone 14 Pro and iPhone Pro Max shipments than previously anticipated as fresh COVID restrictions turn the Zhengzhou facility into a dystopian nightmare.

Workers were seen scaling fences and dragging their belongings up hills alongside the motorway as they made a run for it, amid claims that staff who live on site were barred from leaving the manufacturing campus and forced to eat meals in dormitories. Others were blocked from escaping by a battalion of COVID enforcement officers in white hazmat suits.

With little sign of China backing away from its Pyrrhic battle with COVID, or Beijing’s anti-Western stance softening after Xi Jinping purged the Communist Party of any officials who advocated better relations with the US and Europe, it is surely time for naive Western multinationals to wake up and smell the lapsang souchong.

China’s exports to the rest of the world shrank unexpectedly in October, another reminder that its economic miracle is rapidly waning. The International Monetary Fund has warned that China’s zero-COVID strategy has put it on course for growth of 3.2 per cent this year, its second-worst output since 1977.

Just as Western interests have been forced to pull out of Russia, chief executives must rapidly assess ties with China. Doing business there is now fraught with huge financial, commercial and reputational risk.

Apple has been steadily building fresh capacity in the US, Mexico, India and Vietnam. Eventually, there will be a reshoring race among Western companies as the penny drops.

US President Joe Biden has warned of a “decisive decade” in the battle for global supremacy with China, and singled out Beijing as the biggest threat to the international order despite Russia’s actions in Ukraine. Evidence of this decoupling is now everywhere. Washington has launched a “cold war” against Chinese microchips, imposing sanctions that cap the processing power of any semiconductor shipped into China without a licence. The move is an unabashed attempt to impede China’s semiconductor industry from catching up to America’s too rapidly.

Western intelligence agencies are also worried that Tesla’s presence in China has made Elon Musk too dependent on Beijing’s good graces at the precise moment that he takes over the world’s biggest information platform with a promise to be a dedicated custodian of free speech.

Most strikingly, after 150 years in China, HSBC is under sustained attack from its big Chinese shareholder. “The global finance model that dominated and shaped the global financial industry in the last century is no longer competitive,” Michael Huang, chairman of Ping An’s asset management business, has said.

Yet, having deftly steered a course through the 19th century opium wars, the Communist revolution, the Tiananmen Square massacre and the return of Hong Kong to Beijing in 1997, HSBC appears to have naively reckoned that the status quo can once again survive geopolitical forces.

Eventually, the bank will be forced into the break-up it so fiercely resists. Its Western arm, based and regulated in the UK, must stand apart from its Asian wing, based in Hong Kong, answerable to the politburo of the Chinese Communist Party and its interests, not those of its international investors.

The catalyst will be pressure from Ping An, plus Western sanctions, if Beijing imposes harsher controls over Hong Kong or Xi attempts to take back Taiwan through force.

Disengagement from China will be painful and take years. The West’s ability to unhook itself from the Kremlin’s energy imports is proving difficult enough. Ending an addiction to cheap Chinese goods will be many times harder.

One effect of this gigantic schism will be more price rises. The energy crisis will eventually be resolved one way or another. However, the end of China as the West’s workshop means that – far from transitory as the Bank of England once claimed – inflationary pressures are here to stay. 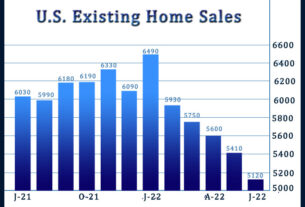 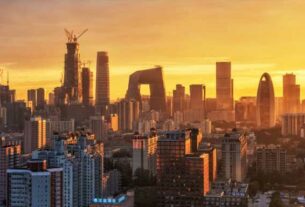 This Is the Most Trusted Country in the World 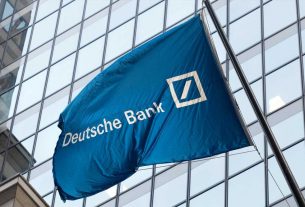