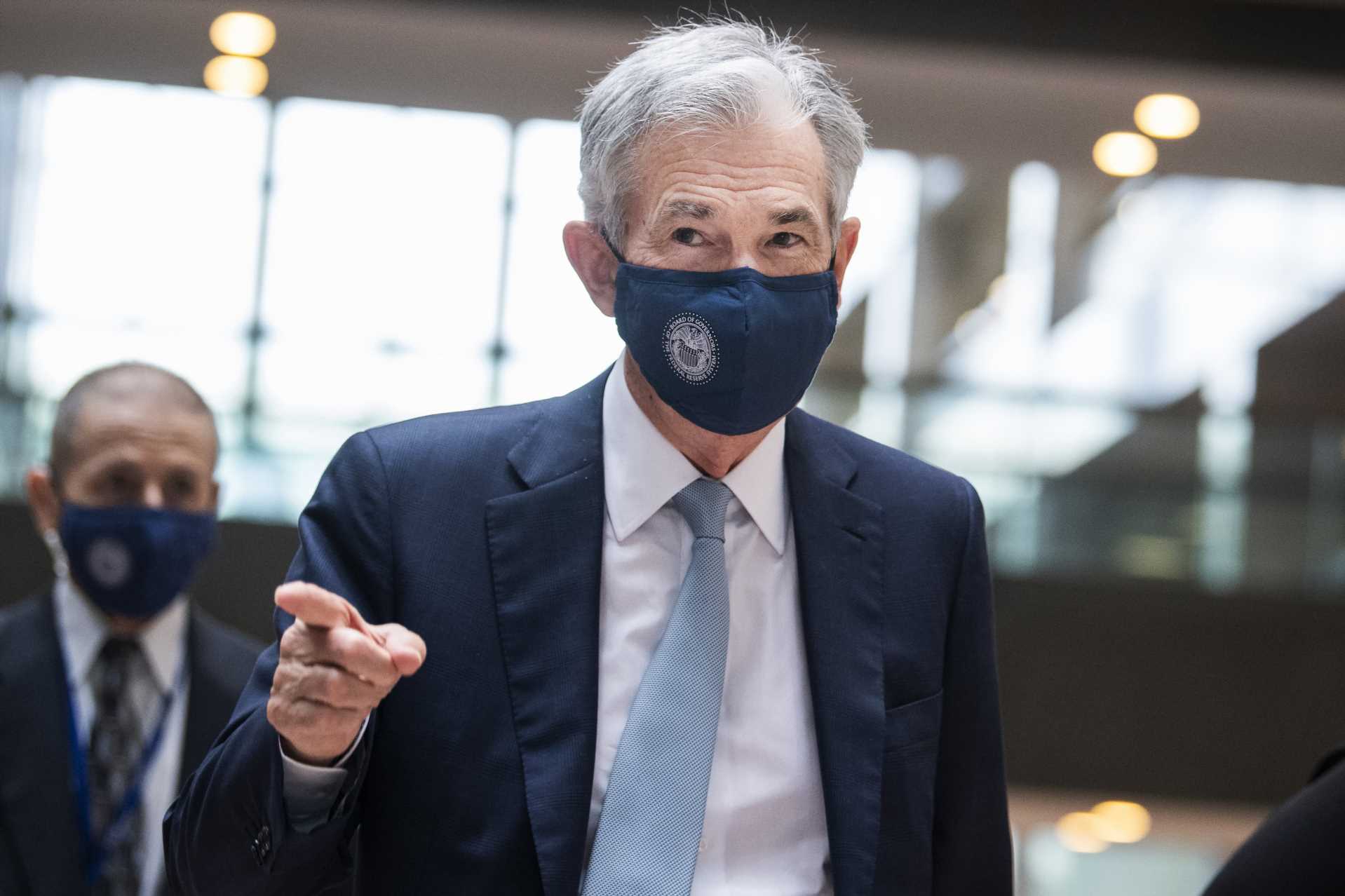 The Fed is tapering, and unlike the central bank's 2013 reduction in monthly purchases of Treasury bonds and mortgage-backed securities, the stock market took it in stride. Or did it? When then-Fed chair Ben Bernanke surprised the market in 2013 with an indication the Fed would end its bond buying, stocks declined by about just as much as the pullback that occurred earlier this fall in what had seemed like an unstoppable market already prepared for the Fed taper. And for all the memories of the "taper tantrum," the market in 2013-2014 came back just as the market has come back now, making up the pullback loss in October and continuing onto new records this month for the Dow Jones Industrial Average, S&P 500 and Nasdaq Composite.

What's next for stocks? If the history of the taper, and the much longer 60-year history of market sentiment is the judge, there are more gains to come, potentially across all sectors, styles and sizes of equities in the S&P 500 and S&P Composite 1500 Index, according to CFRA Research data.

After Bernanke's taper comments in May 2013, stocks dove by 5.8% in the next month — which in the technical definition of a market pullback, between 5% to 10%, is on the smaller side of the selling — and for the rest of that year, the market was up 17.5%.

"After a very minor pullback known as the 'taper tantrum' stocks took off," said Sam Stovall, chief investment strategist at CFRA Research. "Above average market returns across all styles, sectors and up to 80% of all sub-industries."

That goes for not only the market rebound after the "tantrum" but the 10-month period that included the actual Fed tapering activity.

In the 10-month tapering period, from mid-December 2013 to the end of October 2014, the S&P 500 rose 11.5%, according to CFRA Research. The likely reasoning, Stovall says, is that investors concluded if the economy was strong enough to withstand the removal of supportive bond-buying activity, it was healthy enough to continue to expand on its own.

"Don't take anyone else's word. There was a tantrum, the S&P 500 fell less than 6% in that one-month period, but people make it sound as if there was a near-bear market," Stovall said. "It ended up being barely a pullback."

And that taper ticker tape is part of what leads Stovall to conclude that the 5.2% pullback in September of this year will end up being like so many market selloffs in the past — breakeven reached quickly, "and then history kicks in," he said.

In 60 instances since World War II when stocks experienced a pullback, the market continued to rise in the next calendar month and did so by an average of 3.3% — and was higher 92% of time. In this case, that would be November (October was the "back to breakeven" month). So the hot start to this month should not be a surprise as the average return, according to history, is 3.3% in those calendar months that follow a pullback-to-breakeven cycle.

Pullbacks are normal for stocks, and common during extended bull markets. In fact, CFRA data shows that the market has gained an average of 8.4% over the next 100 calendar days after those recovery months. This time around, that would mean rallying into the end of January. But history says investors should be prepared for another bout of volatility after that. Stocks have tended to slip into a new decline of 5% or more, according to S&P 500 history, which in this cycle would put the pullback in February, historically (and notably) the second-worst month of the year for stocks.

Beware the market tides of February

And there's something else occurring in February that could cause some market volatility — that's when Jerome Powell's appointment as Fed chair needs to be renewed or a new Fed chair chosen. The Fed is not supposed to be a political animal, but with the mid-term elections ahead and fears that a sudden change in interest rate policy could sink stocks and even force a recession, it would logically make sense for President Biden to keep a chair in the central bank's lead who has clearly messaged his patience with the current inflationary period.

Even though history shows the Fed has been willing to raise rates in the three months leading up to mid-terms and presidential elections, "I think they would prefer to wait," Stovall said. "The Fed wants to take its time to start raising rates to avoid looking political."

The market isn't convinced yet. The CME Fed Watch forecast still sees the possibility of rate hikes beginning as early as Q3 next year.

Inflation, and the battle between the Fed and investors over inflation's trajectory, will remain the likely deciding factor driving market sentiment. Powell reiterated this week after the Fed's FOMC meeting that he is not in a hurry to raise rates and continues to view the inflation as transitory, and likely to ease once Covid-specific factors including supply chain bottlenecks work themselves out, though he said that could last "well into next year."

Many investors, from the billionaire class to the affluent do-it-yourself investor set, don't agree.

CFRA expects the first quarter-point rate hike to occur in the fourth quarter of 2022 and proceed into 2023 at a measured pace, but before then, inflation is going to keep going higher. The headline CPI is expected to rise year over year from 1.2% in Q4 2020 to the 6% in Q4 2021. The tapering is expected to conclude before mid-year 2022, but the Fed also has said that the tapering timeline in no way implies that it will begin raising short-term interest rates once the bond buying is over.

"In other words, the Fed has begun to take its foot off the gas, but is not ready to start to tap on the brakes," Stovall said.

Inflation is what could change that stance. The current fourth quarter CPI forecast of 6% is supposed to be the peak inflation reading. But what if it isn't?

If the Fed still insists on holding off on rate hikes, it may move quicker on the taper. "I think if we end up with higher and longer inflation, then the implication is the Fed might have to accelerate the timetable in terms of when and by how much they taper right," Stovall said.

Currently, the plan is for "a simple straight line," he said — $10 billion a month in Treasurys and $5 billion in mortgage-backed securities, concluding by the end of May.

If the inflation data continues to come in hotter than expected next year, though, "then the worry is the Fed will have to ramp up the pace of the taper itself, and then that increases the likelihood of the Fed raising rates and doing so earlier than anticipated," Stovall said.

So while the historic market data on the taper and six decades of market history breeds some technical confidence, "interest rates and inflation remain the biggest potential pullback catalyst," Stovall said.

CFRA is forecasting that inflation will end up being below 3%, down to 2.5%, by this time next year after a peak of 5.9% in the headline number this quarter. That's the "transitory" argument that Fed chair Powell has stuck to his guns on, and Stovall said the economists CFRA relies on believe he is correct, but for stocks, "it just depends on the duration of transitory."

"If we do see inflation remain stubbornly high, or go even higher into Q1, then that will spook the market," he said.

Super Nintendo World Ready To Launch At Universal Studios Hollywood: “This Is Really A Revolution For Us” 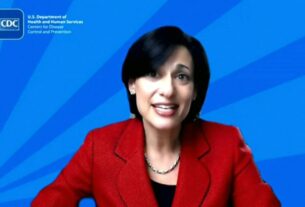 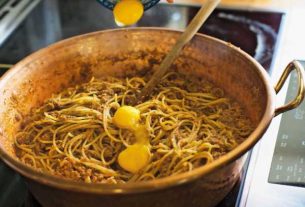