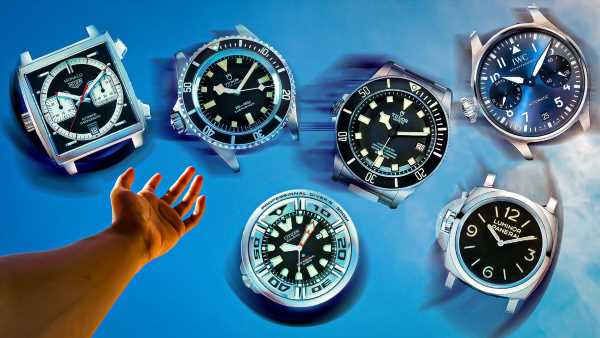 The year is 1952, and Charlie Chaplin has a violin in his hands. It’s the climactic scene of Limelight, and he’s on-stage opposite Buster Keaton, who’s seated professorially at the piano. The music that follows is at once ridiculous and sublime – after a string-popping start, Chaplin plays a truly beautiful passage and then pauses to make out with his instrument – and it’s so much to take in that you almost don’t notice he’s playing left-handed.

“As I played left-handed,” Chaplin later wrote in his autobiography, “my violin was strung left-handed with the bass-bar and sounding post reversed.” But his violin wasn’t his only possession rejiggered with his left-handedness in mind.

Chaplin also owned a Rolex Oyster with the crown on the left side of the case. This positioning allowed him to use his dominant hand to wind the Rolex 700-series caliber inside the watch without having to take the watch off his right wrist: In other words, the exact opposite orientation of any standard watch.

The actor’s Rolex was signed and sold by Asprey, the foremost luxury outfitter in London at the time. In 2013, Antiquorum auctioned the watch, blowing past the high estimate of $11,400 and selling for $51,250. “Destro” watches (meaning “right,” as in right-handed, in Italian) are favored by collectors for their rarity. Charlie Chaplin’s watch and in destro configuration? No wonder it soared past the estimate.

In Chaplin’s day, many destros were custom-ordered from the manufacturer. For instance, the French Navy ordered “snowflake” Tudor ref. 9401 watches in destro configuration starting in 1970. Plenty of other watches came with a left-side crown for technical reasons, rather than catering exclusively to southpaws. In 1969, Breitling and Heuer both used the new Caliber 11 movement – and a left-side crown was (according to Heuer expert Jeff Stein of OnTheDash) the only way watchmakers could add a chronograph module to the base movement during development.

Watches like these remain a godsend for left and right-handed collectors alike. But certain brands continue to produce them today, and these watches aren’t only finding their way to the right wrist.

Survey the modern destro watches on the market, and you’ll notice a pattern. Most are proper tool watches, or have at least roots in that world.

Take, for example, the meticulous watches from the German brand Sinn.

Sinn makes “mission timer” watches like the EZM 3, EZM 7 S (developed for firefighters), and the UX series (built for special operation forces) all with the crown on the left – and, according to Tim Burlon from Sinn’s marketing and communications, Sinn models with the crown on the left are actually designed to be worn on the left wrist in conventional fashion. The crown’s on the left, he says, to “avoid any damage on the back of the hand during a mission, dive or sports.” The left-side crown places it away from the wrist’s path of articulation, and therefore it cant dig into your hand while bending your wrist.

Burlon notes that for the watches powered with automatic movements, the movement is rotated so the crown is away from the 3 o’clock position – and the date wheel is modified to match. But in the case of the UX, which is completely oil-filled, the quartz movement featured a crown at 10 o’clock, which required a “completely new situation” during the design phase to execute the destro configuration. Across the board, though, Sinn’s left-side crown has nothing to do with the end-user being left-handed at all; it’s just a matter of functional design.

Tudor never offered a destro watch in its catalog until 2016. (The aforementioned Snowflake Submariner was a one-off request in the ’70s.) In the modern era, the company took its truest tool watch, the Pelagos, and re-designed it in destro configuration and dubbed it the Pelagos LHD, for “left-hand drive”.

Here again, the left-side crown is about providing a functional benefit to folks wearing it on either wrist. “We wanted to provide an ergonomic benefit to push the tech specs of the Pelagos even further,” a Tudor spokesperson, says. “The idea was more functional than aesthetic. That’s why it happened within the Pelagos line rather than, say, the Black Bay family.”

And to back the notion up, he offered a bit of insight on the technical chops the watch boasts that support the destro configuration: “The LHD is powered by a special version of the caliber MT5612. It is the reference 5612-LHD. Why is that? We have this caliber pass the COSC tests upside down, so as to reflect the positions in which this caliber will most often be in. This requires special regulation.”

Anecdotal evidence suggests that many if not most Tudor LHD owners are righties. And the watch offers an interesting insight into production numbers, which Tudor and Rolex never share. Each watch is serially numbered, though not limited. To understand how many have been made, one simply has to check the number engraved in the caseback of one recently purchased. Yet another reason to always read the caseback.

IWC is in the destro game, too, and takes a slightly different approach with its Big Pilot’s Watch. Christian Knoop, the brand’s head of design, says, “We noticed that some people wear it on the right wrist. However, due to the large conical crown, this is not optimal when it comes to the ergonomics and wearability. For this reason, we arrived upon the idea of creating the Big Pilot’s Watch Edition ‘Right-Hander.'”

Again, there’s more to flipping the orientation than a few minor tweaks. When IWC conceptualized the watch, “We thought that we could rotate the movement by 180 degrees,” Knoop says. “But when we took a closer look at the dial, the first challenges appeared. The Big Pilot has an asymmetric layout with a central seconds hand and the power reserve display at three o’clock. If you mirror this layout, the power reserve will be at nine o’clock, which looks unbalanced. For this reason, we chose a different design with a small second at three o’clock and the power reserve at nine o’clock.”

It’s clear that the modern destro watch benefits anyone, regardless of dominant hand. Some destros may benefit right-handed people even more than lefties.

Consider the modern divers from Oris. For years the Holstein manufacturer has been putting out destro divers, starting with the 2010 Carlos Coste Limited Edition Chronograph, and most recently the Oris Aquis Red Limited Edition. VJ Geronimo, CEO of Oris North America, says that the watch does loosely address left-handed wearers, but the primary reason is that the watch already features a large, chunky case, “so with the pushers on the ‘inside’ side of the case, there’s no discomfort from the crown and pushers when moving the hand up.” Additionally, the crown and pushers are more protected on the left side of the case. But that only works if you wear your Oris on the left wrist, like most right-handers would.

When it comes to watches designed for lefties, it turns out there’s no right way to wear them.

Hodinkee is the preeminent resource for modern and vintage wristwatch enthusiasts. Through in-depth reviews, live reports, and dynamic videos, Hodinkee is bringing watches to a 21st-century audience. 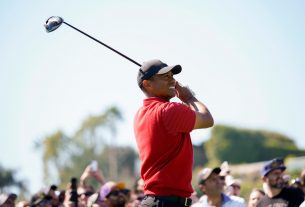 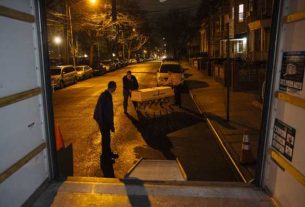