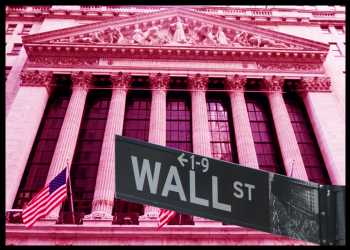 After ending Thursday’s wild ride sharply higher, stocks showed a substantial pullback over the course of the trading session on Friday. The major averages all posted steep losses, with the tech-heavy Nasdaq plunging to its lowest closing level in over two years.

For the week, the major averages turned in a mixed performance. While the Dow jumped by 1.2 percent, the S&P 500 slid by 1.5 percent and the Nasdaq plunged by 3.1 percent.

The sharp pullback on Wall Street extended the volatility seen during trading on Thursday, when stocks recovered from an early sell-off to close sharply higher.

Renewed selling pressure was generated in reaction to a report from the University of Michigan showing a rebound in inflation expectations in the month of October.

“Last month, long run inflation expectations fell below the narrow 2.9-3.1% range for the first time since July 2021, but since then expectations have returned to that range at 2.9%,” said Surveys of Consumers Director Joanne Hsu.

The data has to renewed inflation concerns after optimism inflation has peaked contributed to the substantial turnaround on Thursday.

“Wall Street can’t seem to get a handle on how high the Fed will have to take rates,” said Edward Moya, senior market analyst at OANDA.

He added, “Last week, traders were growing confident that we would just see 125bp more in rate hikes this year, now it seems like we could see 150 this year and also another one or two 25 bps rate increases next year.”

Semiconductor stocks moved sharply lower over the course of the session, dragging the Philadelphia Semiconductor Index down by 4.5 percent to a two-year closing low.

Substantial weakness was also visible among steel stocks, as reflected by the 4.3 percent nosedive by the NYSE Arca Steel Index.

A steep drop by the price of crude oil also weighed on energy stocks, with crude for November delivery plunging $3.50 to $85.61 a barrel.

Reflecting the weakness in the energy sector, the Philadelphia Oil Service Index plummeted by 4.2 percent and the NYSE Arca Oil Index tumbled by 3.8 percent.

Gold, brokerage and chemical stocks also showed considerable moves to the downside on the day, reflecting broad based weakness on Wall Street.

The major European markets also moved to the upside on the day. While the U.K.’s FTSE 100 Index inched up by 0.1 percent, the German DAX Index climbed by 0.7 percent and the French CAC 40 Index advanced by 0.9 percent.

In the bond market, treasuries came under pressure over the course of the session after seeing early strength. Subsequently, the yield on the benchmark ten-year note, which moves opposite of its price, climbed 5.8 basis points to 4.010 percent, closing above 4.0 percent for the first time in fourteen years.

Following the release of some key economic reports over the past week, the economic calendar for next week is relatively quiet. Traders are still likely to keep an eye on reports on industrial production, housing starts, and existing home sales. 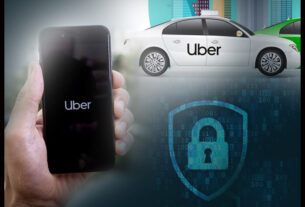 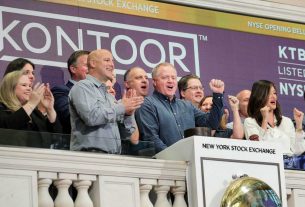 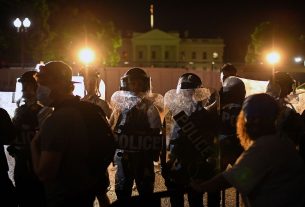