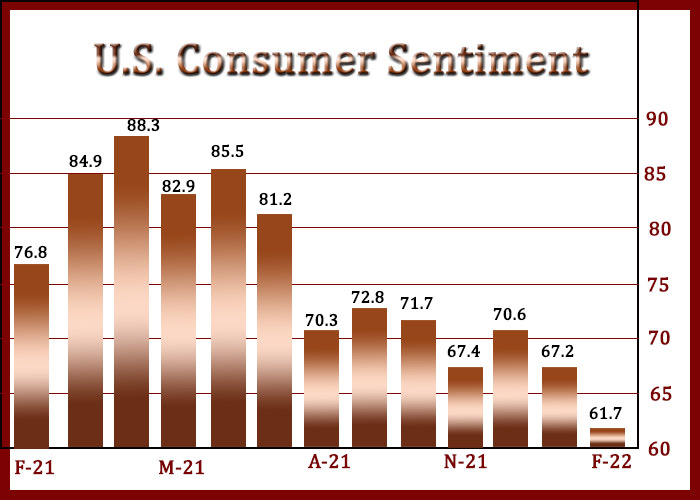 Preliminary data released by the University of Michigan on Friday showed U.S. consumer sentiment has unexpectedly slumped to its lowest level in over a decade in February.

The report showed the consumer sentiment index tumbled to 61.7 in February from 67.2 in January, hitting its lowest level since October of 2011. The drop surprised economists, who had expected the index to inch up to 67.5.

“The recent declines have been driven by weakening personal financial prospects, largely due to rising inflation, less confidence in the government’s economic policies, and the least favorable long term economic outlook in a decade,” said Surveys of Consumers chief economist Richard Curtin.

Curtin noted the unexpected monthly decrease by the index was entirely due to a decline in sentiment among households with incomes of $100,000 or more, which plunged by 16.1 percent.

“The impact of higher inflation on personal finances was spontaneously cited by one-third of all consumers, with nearly half of all consumers expecting declines in their inflation adjusted incomes during the year ahead,” Curtin said.

He added, “In addition, fewer households cited rising net household wealth since the pandemic low in May 2020, largely due to the falling likelihood of stock price increases in 2022.”

The report showed the current economic conditions index slid to 68.5 in February from 72.0 in January, while the index of consumer expectations tumbled to 57.4 from 64.1. 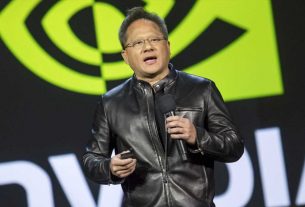 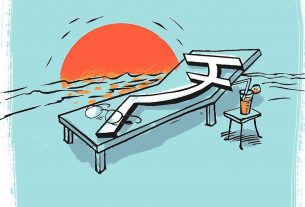 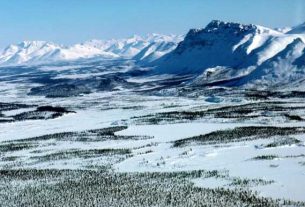