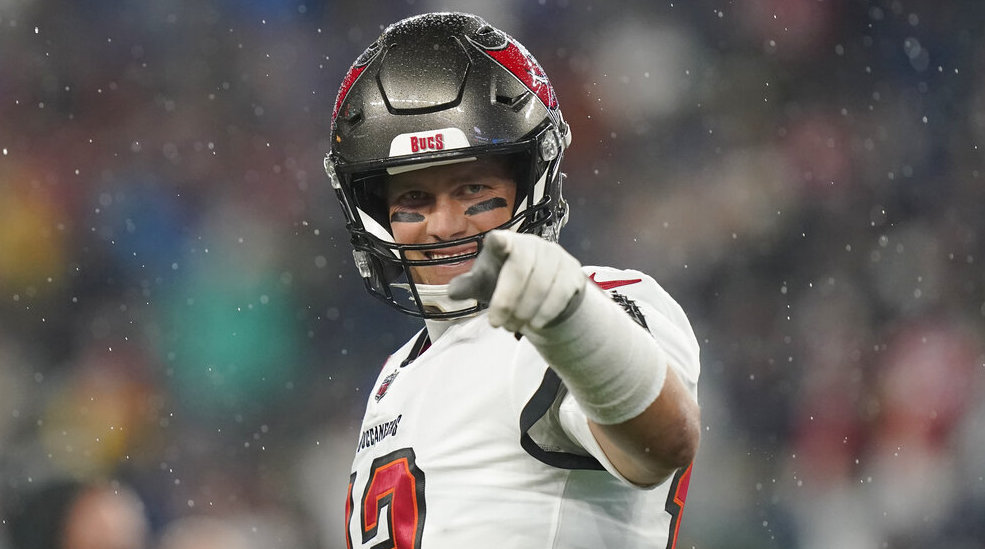 The Sunday Night Football match-up last night was billed as “The Return,” with Tom Brady coming back to Gillette Stadium to face his old coach Bill Belichick and his old team the New England Patriots.

Truth is, this time the hype was almost understated. 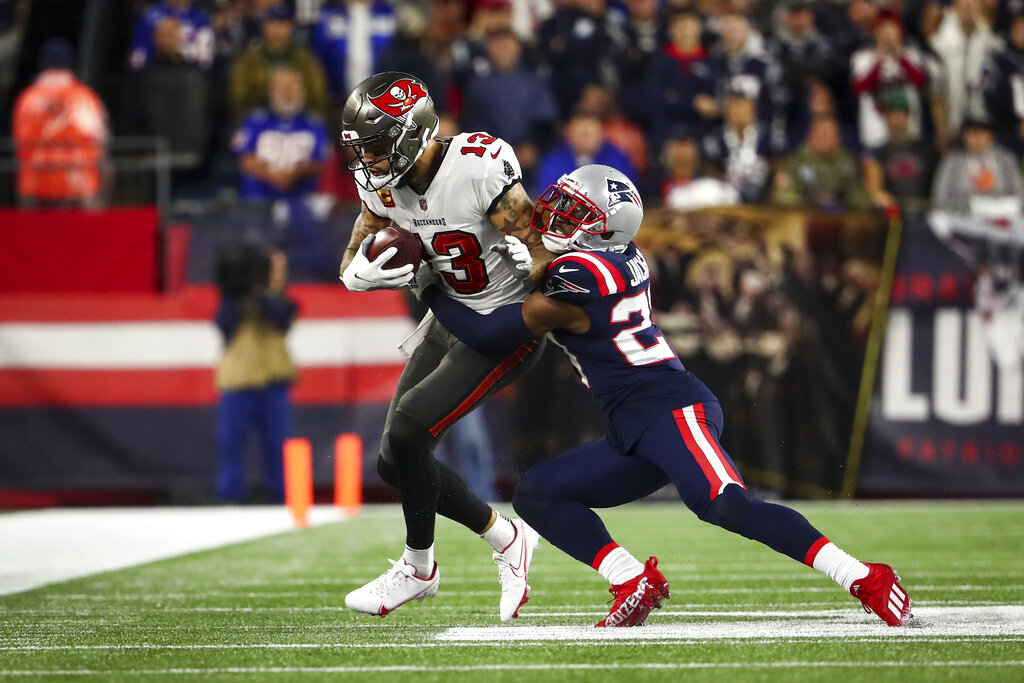 For a lot of the primetime game the rain poured on the Foxborough, Massachusetts venue. The score was low, close and alternated between the hometown hosts and the Tampa Bay Buccaneers. Blocked by Belichick’s playbook, the iconic Brady didn’t even throw a touchdown winning pass and the whole thing could have gone sidewise for the Sunshine State Super Bowl champs if Pats’ kicker Nick Folk’s literally last-minute boot hadn’t bounced.

Still, in the end, the Bucs ground out a 19-17 victory and Brady clenched the NFL’s all-time passing yardage record with a smooth 28-yard toss to teammate Mike Evans. Overall, for you mathheads, seven-time Super Bowl winner Brady has a stunning 80,058 passing yards legacy – and the 2021-22 season has barely started.

Yet, for all those stats and the analysis of the blood between Brady and Belichick (the two had a long locker room private convo after the game), the real numbers are the ones coming from Nielsen.

And those numbers look very good.

In the non-adjusted fast affiliates, last night’s SNF snared a 6.0 among the coveted 18-49 demographic and about 22 million viewers.

Now, those results will significantly rise once time zone adjusted data comes in and could end up just shy of an audience of 30 million. However, right now, Week 4 of NBC’s flagship NFL show is up a massive 58% in the key demo and 62% in viewership in the early numbers over last week’s the Green Bay Packers’ 30-28 win against the San Francisco 49ers on September 26.

That Week 3 gridiron battle went up to 20.2 million viewers on NBC in the final numbers. Looking at the wider landscape, the Total Audience Delivery for the nationally followed Packers and 49ers inched up to 21.1 million when streaming on Peacock, NBC Sports Digital, and NFL Digital platforms were added in by the Comcast-owned company.

As things stand right now, it is probably unlikely that the Bucs vs. Pats grind of last night with crack the Top 5 Sunday NFL games.

With the Patriots vs. Indianapolis Colts match-up of November 4, 2007 in the number #1 spot with 33.8 million watching, the December 30, 2021 game between the Dallas Cowboys and the then Washington Redskins hold the fifth spot with its SNF viewership of 30.3 million.

How close last night’s SNF gets to that exalted list will be known later.

We will update with those NFL numbers when we get them on a night NBC easily won.

In the meantime, beyond pro-football, CBS ruled Sunday primetime with the latest installment of 60 Minutes, which earned 1.5 demo rating and 9.93 million viewers. That provided a generous enough audience for the network’s showing of Star Trek, which closed off the evening.

Fox’s Sunday primetime peaked with a new episode of The Simpsons, earning a 0.5 demo rating and1.43 million viewers. The Great North (0.3, 095M) was the network’s least-watched, and lowest-rated program of the evening.

Keeping the CW busy on Sunday night was coverage of the iHeartRAdio Music Festival Night 2 (0.4, .34M

Check out our chart below: 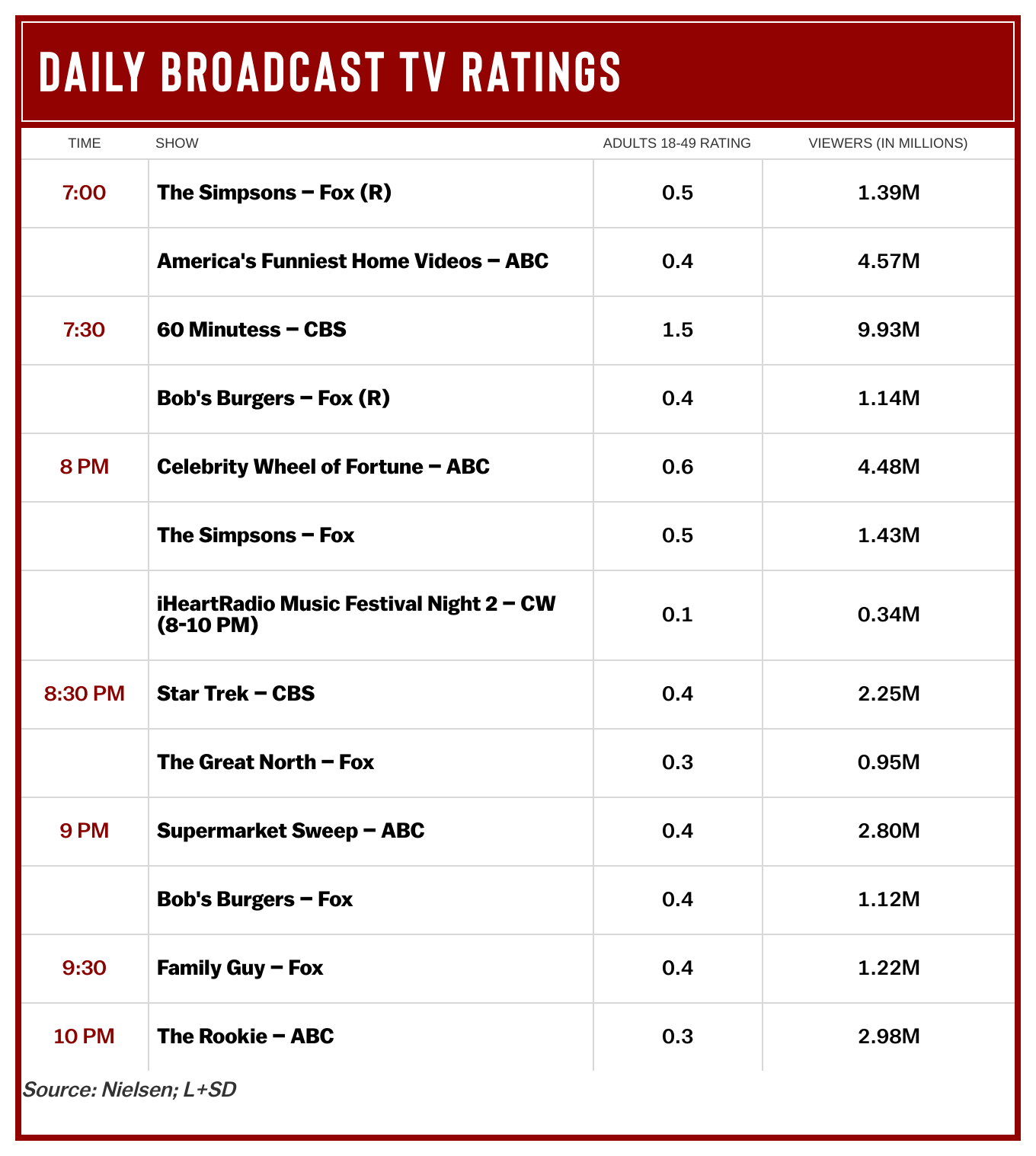 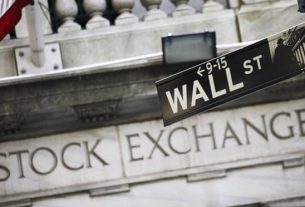 ‘It’s not capitalism’: why are global financial markets zooming up? 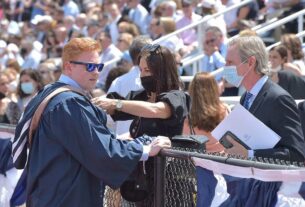 How well college graduates do financially depends on their parents 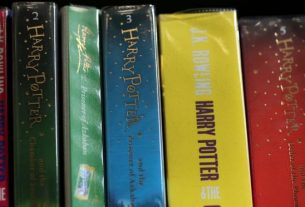