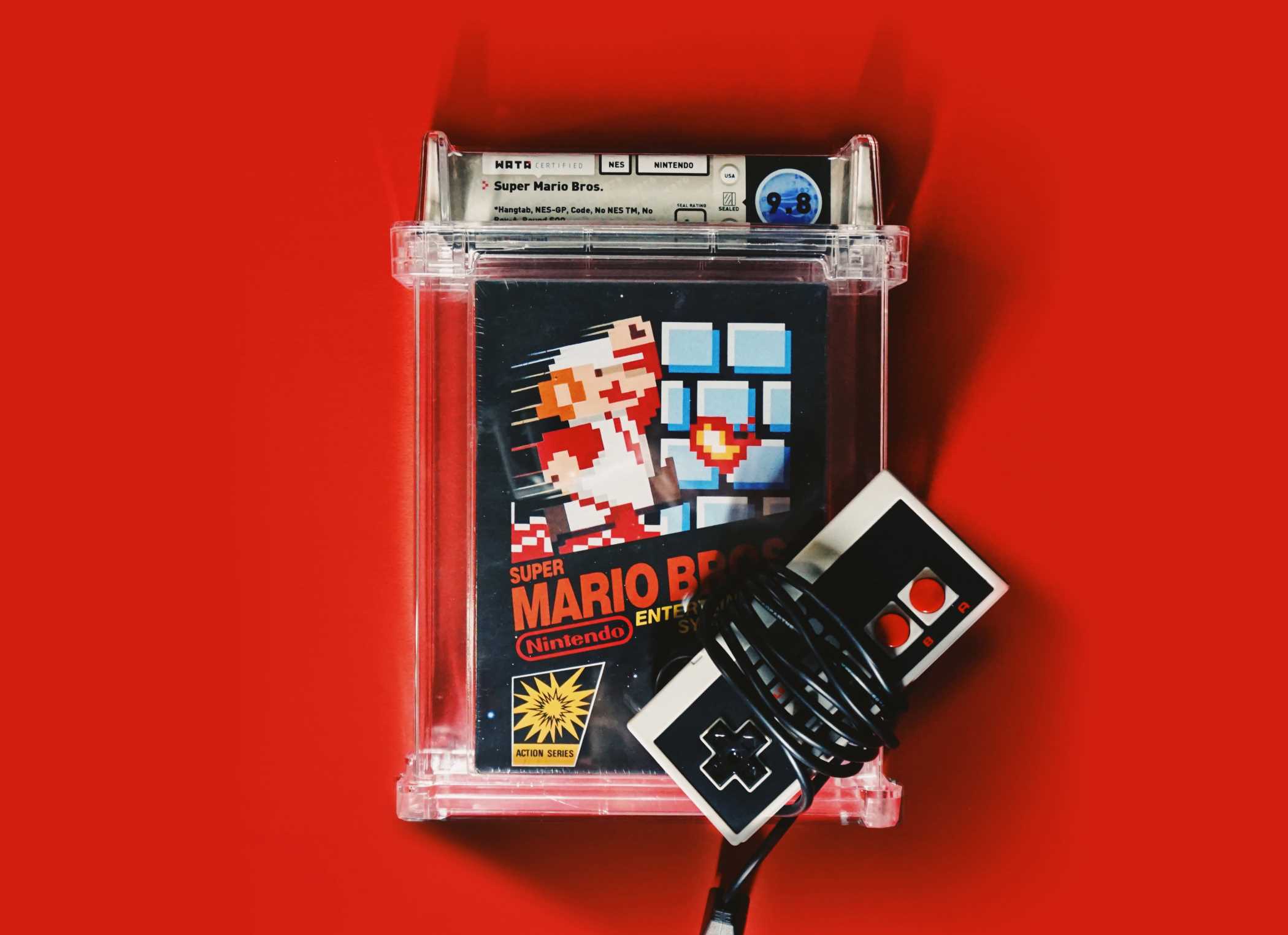 If you saw the recent record $2 million sale of a 36-year-old copy of Nintendo's iconic "Super Mario Bros." video game ⁠— unopened since 1985 ⁠— and immediately searched your childhood closets for similar vintage gold, you're probably not alone.

Rally, the New York City-based "alternative asset investment" start-up that sold the game, is counting on it.

The company, which allows its online users to invest in rare physical collectibles the same way investors buy stock in a company, originally bought the copy of "Super Mario Bros." from a private collector for $140,000 in April 2020. Four months later, the start-up hosted an initial public offering (IPO) for the game, allowing 359 users to buy in at $50 per share ⁠— netting Rally a tidy profit of $10,000 right off the bat.

Rally also kept 30 shares for itself, as per company policy. And when an unidentified private collector offered to buy the game for $2 million earlier this month, a majority of the game's shareholders ⁠— approximately 79% ⁠— voted in favor of the sale. Rally, which abstains from voting on sales proposals, notes that some of the users who bought shares in the game saw returns on their investments of more than 1,200% in less than a year.

Founded in 2016, Rally is arguably now leading the way in the increasingly popular market for rare collectibles as alternative asset investments. The 33-employee company made an estimated $6 million in revenue last year, according to research firm PrivCo, while seeing its number of new users double each month since the pandemic hit. The company now boasts more than 300,000 users ⁠— with an average age of about 29 ⁠— investing in more than 300 items, which have an estimated total value of more than $35 million.

With plans to roughly double its number of assets — and, correspondingly, the valuation of those assets — within the next year, Rally is betting that investor fervor for these alternative assets is here to stay. Rally's own investors seem to feel the same way: In May, the start-up landed a $30 million Series B fundraise led by venture capital firm Accel Partners and a $50 million debt facility from hybrid fund Upper90 Capital, pushing its estimated valuation to $150 million, according to PrivCo.

In total, the app has raised more than $100 million over the past five years, from investors including Reddit co-founder Alexis Ohanian and the rapper Nas.

But long before the company's three co-founders celebrated a record-setting video game sale, they struggled through regulatory red tape and a decidedly lukewarm reception from investors. And while Rally might be making headlines now, the start-up is already facing stiffer competition than ever.

It started with a Porsche

Public interest in alternative asset investing has surged since the pandemic hit, due to uncertainty and volatility in traditional markets. Predictably, that's been a boon for start-ups like Rally and competitors like Yieldstreet, where users invest in portfolios of assets like real estate, art and commercial loans.

Other competitors include specialized apps like Fundrise (fractional real estate investing), Otis (collectibles and art) and Alt (sports trading cards). Yieldstreet has particularly grown in recent years, making an estimated $67 million in 2020 revenue, according to Privco.

But the idea for Rally long pre-dated the pandemic. It came from co-founder and president Christopher Bruno, who couldn't decide between buying a house or the car of his dreams ⁠— a 1994 Porsche 911 Turbo Speedster "Flat-Nose" ⁠— in the early 2000s. When Bruno told his parents about his dilemma, they immediately tried to convince him that the real estate purchase was a smarter move. Bruno bought the house ⁠— but over the next decade, its value remained relatively flat.

And when similar models of the car sold for over $1 million apiece in 2016, Bruno knew he'd made a financial mistake.

By then, he'd already roped in two longtime friends, product designer Rob Petrozzo and banker ⁠Max Niederste-Ostholt, to brainstorm an easier way for collectors to invest in assets like classic cars without emptying their life savings. In addition to traditional collectibles, Rally also sells one-of-a-kind items ⁠— from a 1776 broadside of the Declaration of Independence to the 65-million-year-old fossilized skull of a Triceratops ⁠— and luxury collectibles like Hermes Birkin bags and vintage Rolex watches.

The company is even wading into the world of NFTs, or non-fungible tokens, with a pixelated "CryptoPunks" avatar debuting next month. While Rally's avatar will be valued at $72,000 for its IPO, one particularly rare CryptoPunk sold for more than $11.7 million at auction in January.

But the three men still had to navigate a long, complicated road before listing their first collectible ⁠— a 1977 Lotus Esprit sports car that Rally now values at more than $130,000 ⁠— on Rally's app in 2017. For two years, they essentially bootstrapped the company, creating a "small beta" version of the app while working with the U.S. Securities and Exchange Commission (SEC) to get the company's collectibles registered as official securities. Currently, every share users buy in a Rally collectible through an "IPO" is regulated by the SEC.

During that time, the co-founders experienced a lot of rejection from investors. "I think we got 300 or 400 no's [in] that first year," Petrozzo, now the company's chief product officer, says. Petrozzo finally got lucky cold-emailing Howard Lindzon, managing partner of venture capital firm Social Leverage ⁠— and an early investor in Robinhood, another fractional investing app.

Months later, Social Leverage signed on as Rally's first major investor, paving the way for other investors to join. Lindzon says he remembers being interested in Rally "right away."

"I really believed in the fractionalization of assets, and [Rally was] just doing it for something unique," Lindzon says, referring to the rare collectibles market. The decision to seek out and obtain SEC approval, he adds, gave the company a substantial amount of legitimacy ⁠— especially in a tiny market rarely even studied by market researchers or analysts.

That uniqueness, Petrozzo says, is Rally's competitive advantage. "The reason that coming to Rally makes sense for a lot of [our users] is that there's an authenticity element," says Petrozzo, who personally collects art, vintage trading cards, video games and more. "We are them. We built this platform as collectors."

Why Super Mario ⁠— and what's next

Perhaps that's why Petrozzo wasn't surprised when Rally's August 2020 IPO for the sealed vintage copy of "Super Mario Bros." sold out in an instant. "It was about two minutes, start to finish," he says.

Rally's five-person acquisition team closely watches the vintage games market, which Petrozzo says is driven by nostalgia: People want to invest in rare copies of the classic video games they might have played as kids. Even before the record "Super Mario Bros." sale, a sealed copy of the 1987 game "Legend of Zelda" sold for $870,000 in July and a 1996 copy of "Super Mario 64" went for $1.56 million at auction a few days later.

It's not just video games. The acquisition team conducts extensive product and market research on "literally thousands of assets a week," Petrozzo says, adding that Rally may only acquire three or four of those items.

Rarity is key, he notes: The record-setting copy of "Super Mario Bros." was potentially "one of three" early versions of the popular game that remains sealed and in mint condition today. Petrozzo also says the company could soon add new asset classes, from music royalties and internet domain names to physical real estate.

Rally's biggest obstacle to a potential Robinhood-like rise: Interest in those assets, or any of the assets already featured on Rally's platform, could wane over time. Lindzon suggests the company could weather that storm, because if people lose interest in one kind of collectible, they'll likely gain interest in a different kind. At its core, he says, Rally's business model centers around an emotional connection: allowing people to "own things that mean something to them."

The three co-founders plan for those kinds of challenges, Petrozzo says, by always trying to take a long-term view of the company's investments. "It's not necessarily finding a needle in the haystack," he says. "It's finding the best quality assets that have shown the ability to maintain [value] during downturns."

And, even though Rally made headlines with a record-setting sale that turned a huge profit in less than a year, Petrozzo adds that most of Rally's investments aren't intended to be "quick flips."

"We're trying to find assets that will stand the test of time," he says. 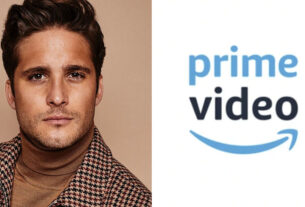 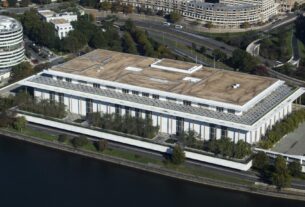 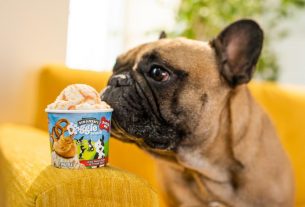