Welcome to Paycheck to Paycheck, where workers with the same job across the U.S. share how much they earn, how they got to their salary and their best negotiating tips. Ready to join the salary transparency conversation? Apply to be a part of the series here.

In this installment, a 26-year-old shares how he makes $120,000 working as a software engineer in San Diego, California. Read how his salary stacks up to other software engineers around the U.S.

Nishant Parepalli, 26, is from India and moved to the U.S. in 2017 to earn a master's degree in telecommunications. Two years later, he started his career as an applications engineer in the Bay Area and earned $90,000.

He was happy with some of the buzzy perks so often glamorized in Silicon Valley — free catered lunch, a fun office, equity in the company and a dazzling performance bonus. But it wasn't enough to keep him motivated, especially as the coronavirus pandemic meant on-campus perks were now out of reach. After a while, he felt bored at work and began taking coding courses in his spare time to switch into software engineering.

After he added those skills to his LinkedIn profile, a recruiter invited him to apply for a software engineering job with his current employer, a global electronics maker.

How he tapped his future coworkers for negotiation help

By the time he interviewed and got the job offer with the electronics maker, Parepalli felt like he was in a good place to negotiate salary. When he got HR's offer of $115,000 a year, the first thing he did was email a few of the people at the company who would be his future colleagues.

As he recalls, "these were people I had just interviewed with, who said if I had any questions I could reach out to them." He had questions about how much he should negotiate for and figured they'd have a good idea: "I asked them the average pay I could expect. That helped me come with a counter offer."

Parepalli also knew that his employer at the time was willing to give him a raise in order for him to stay. He wasn't interested in that, since he was leaving in pursuit of more interesting work, but brought that additional leverage to the negotiation table with HR.

"So I waited patiently on that, and the new employer responded with a better offer of $5,000 more," he says.

'The transparency was really shocking'

Parepalli is a firm believer in discussing pay with peers to understand his value in the job market. He also sees it as a way to understand what he could earn at the next stage of his career, which motivates him to continuously improve his skills and level up.

He often has informal discussions about pay, and personal finance in general, with his coworkers over coffee or at lunch. For example, he might seek out the advice from older colleagues on how to manage his money or invest. One coworker is planning to buy a house soon so they'll have open discussions about managing a mortgage on his salary, and how much he'll have to save with every paycheck.

Overall, he says his company "is really transparent about pay," which was "really shocking" at first: "I think they try to imbue this in every new hire. But it's a good thing."

Parepalli remembers that when HR made him the offer of $120,000, they said it was above the average for the geographic market and his years of experience. That matched up with what Parepalli heard from his other colleagues, as well as information he found online, so he felt good about accepting the offer.

With that said, he knows some of the most influential tech companies, including Facebook, Amazon, Apple, Netflix and Google, can pay $135,000 for a new grad in the Bay Area. According to a report from Hired, a marketplace for tech jobs, the average software engineer earned roughly $153,000 in 2020. Parepalli doesn't rule out moving back to the Bay Area for work, but he'd need for it to come with a significant pay bump.

At $120,000 a year in Southern California, Parepalli says he feels "comfortable" on his salary: "I'm able to pay my rent, pay for expenses and cover the basic necessities. But I also feel like I'm unable to significantly save or invest in my future."

The cost of living in California is definitely a factor, he says. His job demands a lot of his time, up to 10 hours a day and through nights and weekends, which means he doesn't have much extra time to dedicate to a side hustle or to set up passive income opportunities as he would like to.

And unlike the practice of many tech companies, his employer doesn't provide stock benefits, which he sees as a disadvantage.

This speech pathologist taught herself to code—now she earns $93,000 as a software engineer 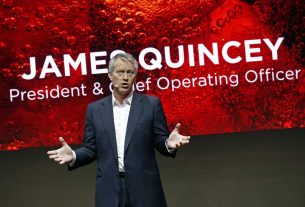 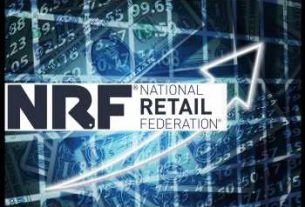 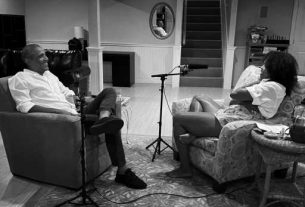