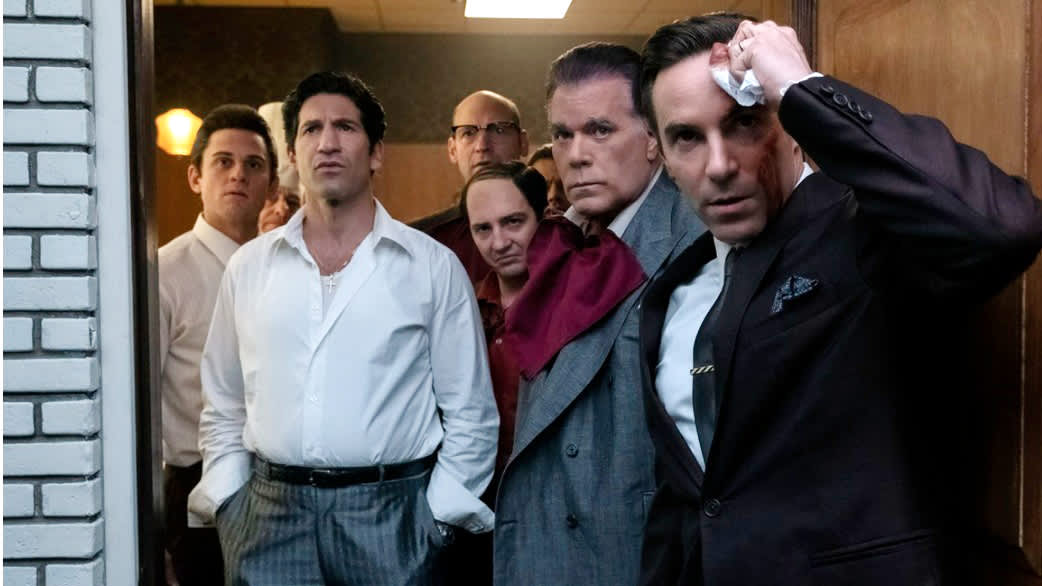 Who made Tony Soprano? That's the question that "The Many Saints of Newark" aims to answer over the course of its two-hour run time.

However, those expecting a story about a boy's rise to the top of North Jersey's most powerful criminal organization may find themselves disappointed. Tony, portrayed by the late James Gandolfini's son Michael, plays a minor role in the film. Instead, it's Dickie Moltisanti (Alessandro Nivola), Tony's mobster uncle that is at the center of "Many Saints."

The feature film prequel to the award-winning and beloved HBO series "The Sopranos" opens in a graveyard. As the camera pans up to the headstone of Christopher Moltisanti, audiences hear the voice of actor Michael Imperioli, who played the character for six seasons. He narrates the film from beyond the grave.

Fans of the show will know Christopher was whacked by Tony in the final season. As narrator, he tells the story of his father Dickie, his grandfather "Hollywood Dick" and his grandfather's young Italian bride Giuseppina during a time period that spans the late '60s and early '70s.

Dickie struggles to manage his professional and personal responsibilities — namely running a criminal enterprise while juggling romantic entanglements with his father's new wife. He's also facing the betrayal of Harold McBrayer (Leslie Odom Jr.), his one-time muscle who is radicalized by the Newark riots of 1967 and decides the Italians shouldn't have complete control of the city.

"The Many Saints of Newark" — written by David Chase, the original show's creator and showrunner — captures the spirit of its source material, but fails to live up to its roots, critics say.

"Maybe it was inevitable that the greatest TV show in history should spawn a feature-length prequel that is somehow disappointing: it is watchable but weirdly obtuse with a tricksy narrative reveal that doesn't add much," wrote Peter Bradshaw in his review of the film for The Guardian.

The film currently holds a 77% "Fresh" rating from Rotten Tomatoes from 61 reviews.

Here's what critics thought of "The Many Saints of Newark" ahead of its release in theaters and on HBO Max Friday:

"Those jonesing for a Corleonesque rise to power will be disappointed to learn that Tony plays a rather minor role in 'The Many Saints Of Newark,'" wrote A.A. Dowd in his review of the film for AV Club. "In fact, for a solid hour, he's basically Jake Lloyd-sized: a boy watching from the sidelines of a criminal empire in late 1960s Jersey."

His mention of Jake Lloyd is a reference to the first Star Wars prequel "The Phantom Menace," in which a child actor played a major franchise character (in that case, Anakin Skywalker aka Darth Vader) and spent much of the film observing other characters with little agency of his own.

Many of the things that made "The Sopranos" a breakout hit are missing from "The Many Saints of Newark," Dowd said.

"Where's the prickly psychology, the gaspingly funny midnight-black humor, the dimension Chase brought to every corner of a corrosively amoral criminal empire?" he asked. "Two decades ago, 'The Sopranos' proved you could create something truly novelistic on the small screen, helping usher in a supposed golden age of TV by using the freedoms of the format to tell sprawling stories — and develop characters — in a manner not possible on the big screen."

"The irony of 'The Many Saints Of Newark' is that it seems to make that case all over again: While 'The Sopranos' demonstrated that the tropes of gangster cinema could be reinvigorated through serialized storytelling, filtering them back into a two-hour format leaves only … the tropes," he said.

While "The Many Saints of Newark" may appeal most to fans of "The Sopranos," Linda Marric of The London Economic says the film "has something for everyone."

Marric praised the performances of Gandolfini, who is filling his father's large shoes, and Nivola as "electrifying."

"With a fair bit of self-reflexive flair and rather amusing Easter eggs designed to delight the show's faithful, the film does exactly what was expected from it, even if it does sometimes lose itself slightly in the second act," she wrote in her review of the film. "A genuinely thrilling film which will make you want to break out your Sopranos boxsets and watch the whole thing from the start again."

Read the full review from The London Economic.

While the story of the Moltisanti family is interesting, The Guardian's Peter Bradshaw wonders if "The Many Saints of Newark" may have benefited from focusing more on Tony Soprano's parents.

Livia, Tony's mother played by Vera Farmiga, was a main antagonist in the television series, even going so far as to attempt to kill her own son.

"We hear about Livia's psychological problems as well as Tony's (Tony's high-school career counsellor wittily echoing the role of a therapist) but Farmiga should surely have been far more important," Bradshaw said.

He praised Farmiga's ability to recreate the mannerisms that Nancy Marchand first brought to life in the series.

"There is a gloriously dysfunctional moment when, maddened beyond endurance by his wife, Johnny subjects her to a mock-execution in the car, firing his gun just by her ear," Bradshaw explained. "But Livia stays utterly unmoved, staring implacably even as her headscarf smokes and Johnny is reduced to muttering: 'Don't give me that look.'"

"There are many sinners here: for the next film, I want a starring role for Tony's mother – the most terrifying Livia since I, Claudius," he said.

Read the full review from The Guardian.

He "matches up with his actor father in ways that are uncanny and dramatically touching," Gleiberman wrote in his review of the film. "The front teeth that jut out slightly, creating a subliminal lisp, the look of imploring moon-faced wonder: We look at this long-haired but still wide-eyed kid, who's like an edgier John Cusack, and he's just what you might have imagined Tony Soprano would be as a New Jersey delinquent caught between his painfully dysfunctional family and the culture of rock 'n' roll freedom."

Still, "The Many Saints of Newark" didn't quite live up to Gleiberman's expectations.

"The thing we most want from this movie, which arrives 14 years after 'The Sopranos' ended, is a sense of revelation," he wrote. "We want it to show us how Tony Soprano, growing up as a 'normal' Italian-American teenager, slipped onto the road that would lead him to become a gangster sociopath. We need to see him take that first step."

This film doesn't do that, he said.

"Watching 'The Many Saints of Newark' this 'Sopranos' fan found Tony's 'evolution' toward the dark side to be even less convincing than Anakin Skywalker's transformation into Darth Vader at the climax of 'Revenge of the Sith,'" he wrote. "At the end, I felt like we needed a second prequel, or maybe just that essential TV thing: another episode."

Read the full review from Variety. 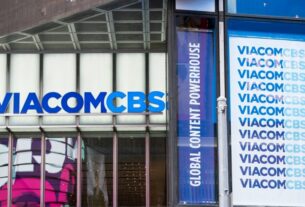 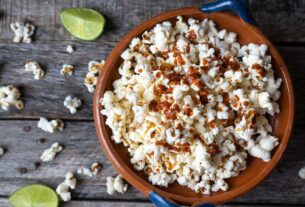