Politicians in Congress are currently in a staredown over the debt ceiling. Lawmakers must reach an agreement soon to allow the government to meet its payment obligations for Social Security, tax credits and military salaries, among other items.

Treasury Secretary Janet Yellen warned that the Treasury will likely run out of ways to pay its bills at some point in October.

Democrats want to suspend or increase the debt limit through legislation. However, Senate Minority Leader Mitch McConnell, R-Ky., has said that Democrats need to find a way to pass it without any support from the GOP.

Democrats argue that raising the ceiling will simply allow the U.S. Treasury to pay for spending and tax cuts that were greenlit during the Trump administration, while Republicans say they won't help lift the debt limit because of the Democrats' $3.5 billion spending plan. Suspending or increasing the limit does not authorize any new spending.

The Republican opposition may force Democrats to lift the ceiling on their own as part of the spending package, which they plan to pass without the GOP through budget reconciliation. The process requires only a simple majority in the Senate split 50-50 by party.

So what does all this mean for you? Here's what the debt ceiling is and how a failure to raise it could have far-reaching effects in the economy.

What is the debt ceiling?

Put simply, the debt ceiling is the maximum amount of money that the U.S. Treasury can borrow in the form of bond sales. This money is used to pay for a wide-ranging number of financial obligations each month, including Social Security payments, Medicare reimbursements and other programs like tax refunds.

Without congressional permission to continue taking out debt — which is necessary because the government spends more money than it takes in via taxes — the Treasury can't continue to fund its obligations.

The debt limit has been regularly increasing since it was first introduced in 1917, and since 1960 the debt ceiling has been in some way raised or suspended 78 times under presidents from both parties, according to the Treasury's website.

It is currently suspended, and the Congressional Budget Office estimated in July that it needs to be raised from $22 trillion to $28.5 trillion. The Treasury also says that to fail to raise the ceiling, and as a result allow the government to default on its debts, "would have catastrophic economic consequences."

"[The debt ceiling] is a century-old attempt to restrain federal spending," Bankrate analyst Mark Hamrick tells CNBC Make It. "[Raising the ceiling] is a necessary step to allow the Treasury to effectively engage in the expenditures which have already been approved by two branches of government."

What happens if the government defaults?

If the government fails to suspend or raise the debt limit, the Treasury will be unable to raise the cash to pay its obligations. The U.S. has never defaulted on its debt before. Yellen said she was "confident" that the issue would be addressed in a recent Wall Street Journal opinion piece.

However, Yellen wrote that failing to do so would likely create "a historic financial crisis" that would result in "billions of dollars of growth and millions of jobs lost."

Other experts agree that defaulting would have wide-ranging effects throughout the economy.

"It would be very disruptive for the banking system, for the financial system," says Andrew Mies, founder and chief investment officer at wealth management firm 6 Meridian. That's partly because banks are large owners of Treasury securities, he adds.

In a fact sheet released earlier this month, the White House warned that a failure to raise the debt ceiling would cause unemployment to rise "and the labor market could lose millions of jobs."

When the country came close to a default on its debt in 2011, the S&P 500 sank more than 18%. But it's not just the markets — other operations that rely on government funding would also slow down or be closed entirely. Child tax credit payments could stop being sent, along with other services like food stamps and Social Security.

Beyond government operations being impacted, businesses that provide services for the government would suddenly see that cash flow dry up, Hamrick says.

This business failure, in turn, can result in lost income for American workers. And depending how long the government's spending is cut off for, it might spell trouble for millions of jobs.

Don't miss: 'I was depending on it': A week later, parents still haven't received September child tax credit 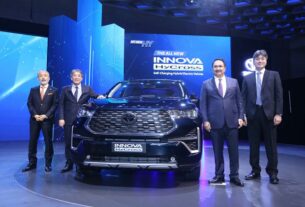 ‘Long-term science is the only thing that works’ 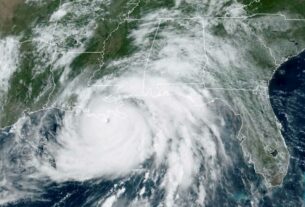 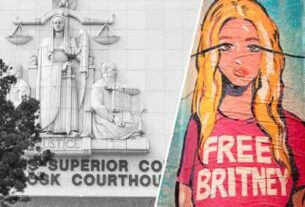