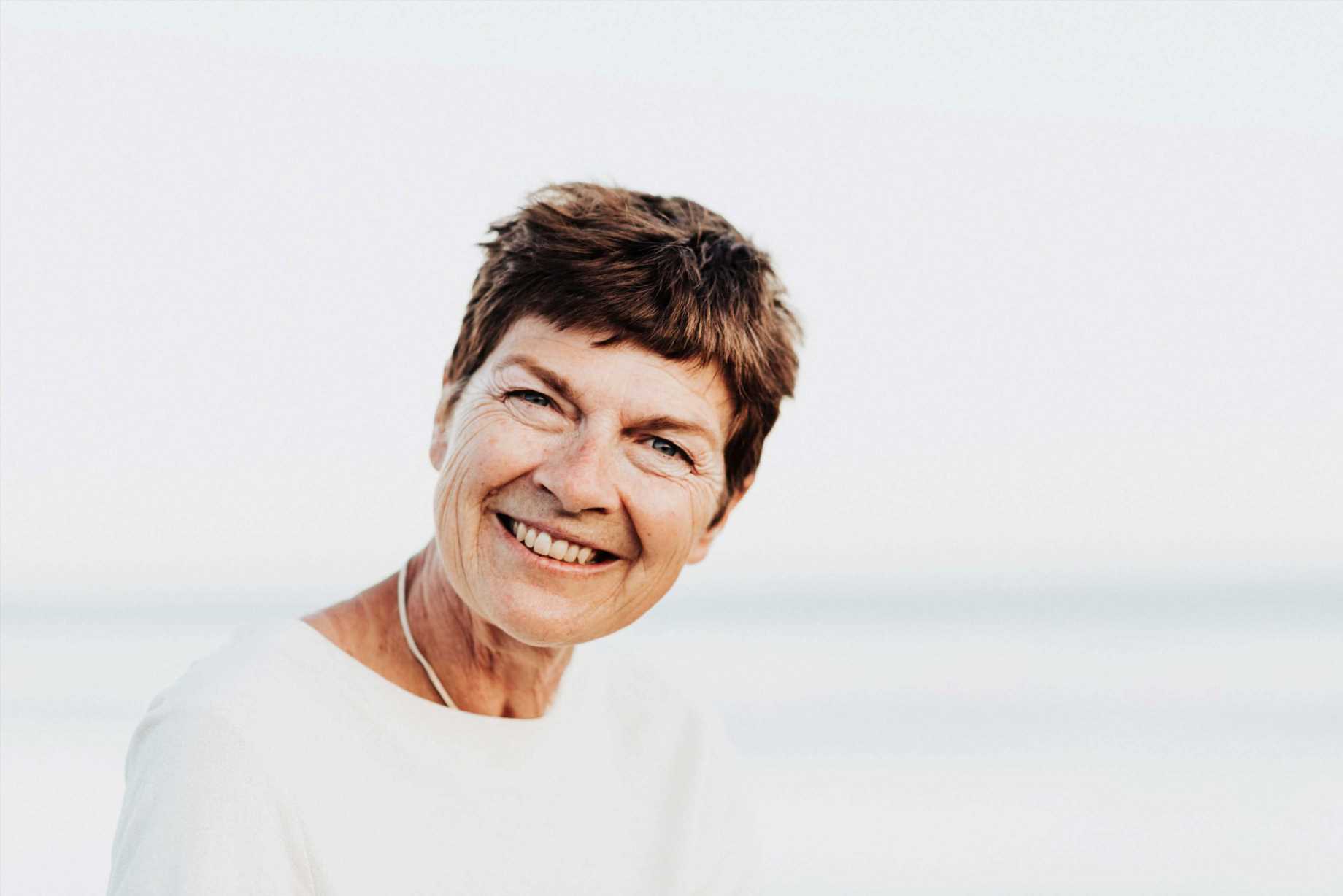 It's not naïve to be hopeful about climate change. To the contrary, it's the only responsible attitude.

Kelsey has a PhD in environmental policy and works on communications projects that affect engagement in environmental efforts. She is also an adjunct faculty member of the University of Victoria School of Environmental Studies, a children's book author, and the author of "Hope Matters: Why Changing the Way We Think Is Critical to Solving the Environmental Crisis," a book for adults.

CNBC spoke to Kelsey, 60, on the phone for a series on managing and responding productively to anxiety about climate change.

The following are excerpts of Kelsey's conversation with CNBC. They have been edited for brevity and clarity.

What we're seeing all over the world is a real rise in people's concern about climate change, and their desire to do something about it and their deep feelings of helplessness and hopelessness that nothing can be done.

That becomes a critical issue, in my opinion, for engagement.

I would argue that we fuel that sense of helplessness and hopelessness inadvertently by rising alarms about these very honest and important and urgent global issues because almost all the news we hear about the environment is in a problem identification and not a solutions orientation.

We come away with the feeling that nothing is happening and that it's too late.

I'm also a children's book writer. And so I often find myself with very young children talking about these issues. And I started to realize that we put things like ratings on movies or on on scenes of violence in films and say, "This is not appropriate for a young child."

And yet, there's nothing seemingly wrong with walking into a classroom and telling a child that Earth is ruined, or showing them the doomsday clock going down with climate change predictions. We just have not been sensitive enough about the emotional landscape for young children.

That gloom-and-doom narrative is being fed by the very real issues that we face and by the fact that we only hear about problems almost predominantly.

One part that we can really shift, and that needs to shift, is we also need to be talking about evidence-based solutions. That's why it's exciting to me to see the birth of fields like solutions journalism (that are looking just as rigorously at solutions as how appropriate they are in particular settings and which parts of them might be transferable or amplified or tailored) as they are looking at problems.

That's the direction we need to be going in.

We need to make solutions much more accessible so that people are aware of the changes that are actually happening and things that they care about so they don't feel alone in their concerns. We need to take away this inaccurate message that nothing positive is actually happening, and that no good outcomes are happening, because it just isn't true.

To be hopeless is to be uninformed. We are, in fact, collectively uninformed because we are inundated by this gloom-and-doom narrative to the point where we simply do not hear much about anything productive that is happening. Then we interpret that to be the truth.

So, for example, we know that right now, more than 110 countries have have set net zero carbon emission goals by 2050. And that represents more than 70% of the world's economy. That's an important thing to note.

Now, do we need to move there quicker? Absolutely. Do we need to hold them accountable to those kinds of promises? Absolutely. But knowing that that is the case is different than thinking no countries are doing anything.

Optimism does not lead to complacency

What we do know from the psychological literature is fear and shame causes us to shut down and give up.

A lot of people are afraid that if you talk about hope, you're actually going to breed complacency during a time when you need urgent action.

But the psychological literature shows us that it's actually the opposite.

When you think others care about things that you care about — and you have a sense of pride that some things are moving in the direction they should and the determination, the to stick-to-it-ness, the empathy and compassion for others who care about what you do — you're way more likely to stay and do the difficult work.

Whereas when you think something is hopeless, and you have this hope gap, or this climate doom, as Michael Mann calls it, then you feel helpless, you tend to feel isolated, and you tend to have apathy, which means you disempower yourself, and you lose your agency and you give up.

So it's actually opposite to what we intuitively think.

And yet we know it know. We know if we work in a work environment where someone just yells at us and tells us we're not getting there fast enough or we're doing well enough — how motivating is that? It isn't. Whereas when we're in a work environment, and someone honestly says, "Okay, here's what we did, here's where we're at, and here's where we're trying to get to," you're much more likely to do the hard work to get to where we get. That's the point I'm trying to make.

I'm not trying in any way to say we don't have urgent issues. We absolutely do. But this disempowering narrative of hopelessness is taking us in the exact opposite direction than where we need to be heading.

Embracing the narrative of 'hope punk'

If you look at these big narratives people talk about, like noblebright — we're looking for one shining superhero to save us. Or the dystopian narrative of everything's ruined, where a lot of climate change fiction was taken.

Now, there's been this real rise of hope punk. Hope punk is showing up in movies and showing up in books and showing up in other areas and it is this idea that we just live the right way we know we should, regardless of whether the situation is hopeless or not. We work in ways that we believe in.

I would argue many people try to make Greta Thunberg into a noblebright character. I don't think she's trying to do that. But they hold her up — or Jane Goodall, like this one person who will do everything. And a lot of environmental communications used to be about finding the hero, and you tell people about that hero, and hope they'll become heroes.

Well, hope punk is yet another narrative that's really rising. And what it says is, we're all doing our best and we're stronger together and we're collectively living the right ways we know we should, regardless of whether it works or not. It's that we work from that ethic. And I think it's a very appealing one to people who hold that social justice and climate change concern, because social justice is about equality and compassion for others and the recognition of all of our individual self worth, you know, and I think that that hope punk narrative really appeals to those values.

Because when we could deny climate, which not is not so popular anymore — there's been a real rise in people accepting climate change. But when there's climate denial, you could say, well, we don't have to do anything, because it's not happening.

Climate doom is just as effective at creating inaction. Because if you say it's really too late, then no political action is actually required. It's a political choice to be hopeful. And I think it's a very important political choice. And it needs to be well-informed.

And the point I'm trying to make is that it's hard work to be well informed, because we have such a lopsided tendency towards just focusing on problems.

That's something that I think the Solutions Journalism Network, which is really growing steam, and other other media efforts like Climate Matters which is a large conglomerate of news outlets that are focused on climate, these sorts of initiatives really are important, because we need to be hearing a more fulsome story of which things are working.

How to help someone who's stuck in climate doom

The very first thing I do is, I really try to listen to them.

Because I think that creating safe spaces for people to really express their feelings is an essential part of all of this. We're not open to new ideas when we feel overwhelmed by our feelings. Part of the reason I co-created that Existential Toolkit for Climate Justice Educators was to bring all this psychological and other literature around how to create those kind of safe spaces into a more public realm. And so first off, I listen.

I really try to deeply listen to what that person is feeling, and what they value, because those feelings are indications that they really care about these issues. So even if their feelings are anger, it's because they care. So try to listen, and create that safe space.

And then secondly, try to hear which issues they are most despondent about, and then bring some current timestamped content to that.

So I say to them to be really aware in a media literacy way that you are mostly only hearing about these problems. Take the issue you most care about and Google it and add "recent solutions" or "positive developments" or these other keywords, or go into the Solutions Journalism Network, which way you can very easily search through their articles, and you can filter it by area of concern, and look for things that are moving in the direction that you want to be going.

And when you actually start to look at that you start to find many more things than you might have imagined. So it's actively seeking out evidence-based solutions, rather than assuming that the overwhelming headlines of despair are the only truth.

Also in this series: 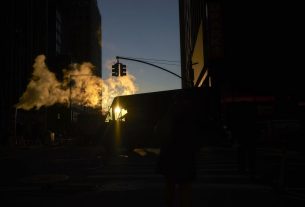 Why Stagflation Is Back on Some Traders’ Radars 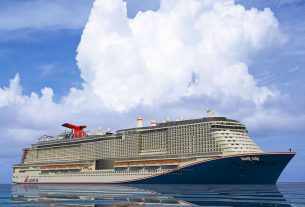 The Craziest Cruise Ship Coming in 2021 Has a Roller Coaster 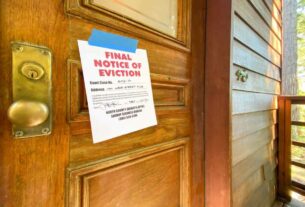 Despite national protection expiring, some states will continue banning evictions