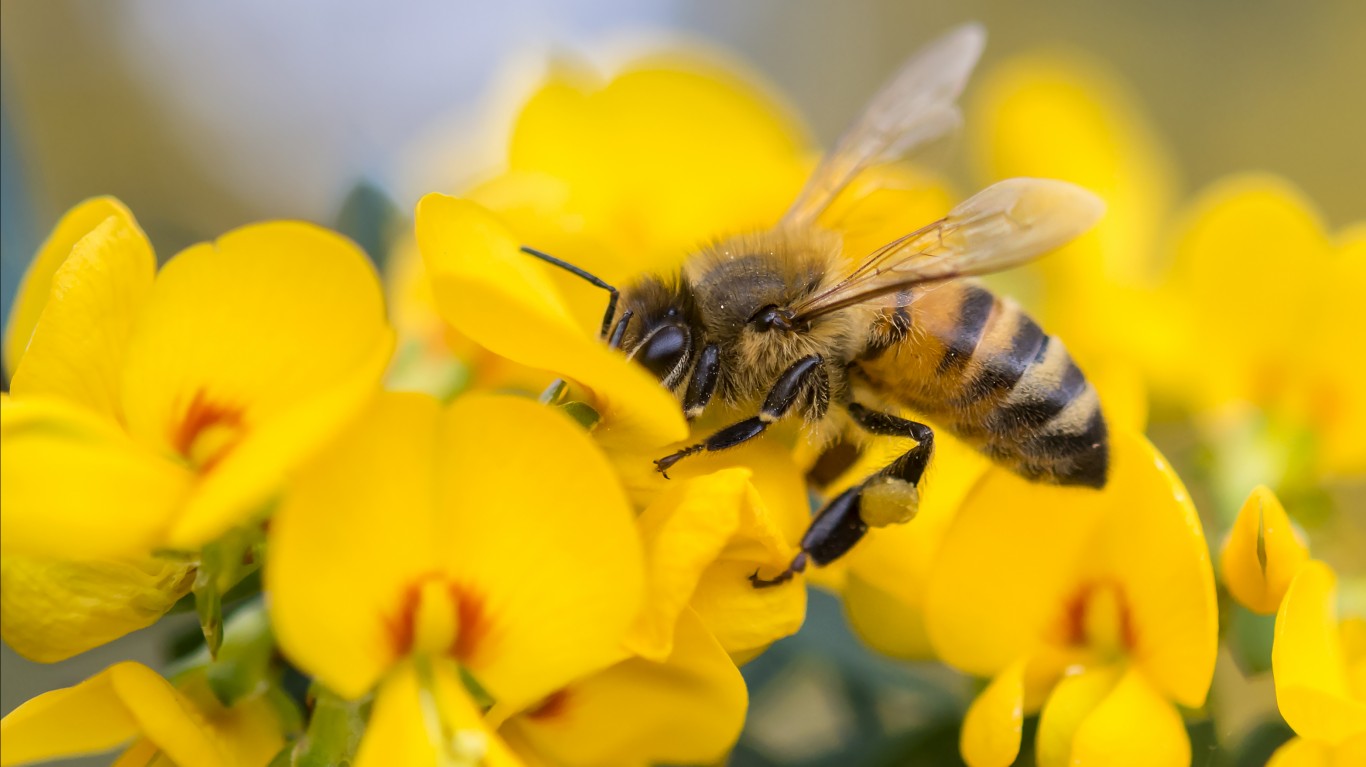 As interest in beekeeping has grown in the US over the last few decades, honey bee colonies have continued to experience high mortality rates. In the winter of 2020-21, American beekeepers saw the second worst honey bee colony loss of the last 15 years, with a state average of 32.2% winter hive mortality and a high of 58.5% mortality.

These numbers represent a 9.6% increase from the previous winter, and at least a 12% from historical estimates in the U.S. that placed winter hive mortality at under 20%. Here are the biggest threats to U.S. bee populations.

Honey bee populations, both wild and managed, are crucially important to human foodsystems. According to the FDA, over 90 commercially produced crops require bee pollination; and bee pollination accounts for $15 billion in added crop value. Here are crops that would be most affected if honey bees disappeared.

To identify how honey bee colonies are doing in every state, 24/7 Wall St. looked at honey bee winter losses in bee colonies from beeinformed.com. Loss estimates for each state were adjusted in August 2020. The number of beekeepers and colonies in each state also come from Bee Informed. State population figures came from the U.S. Census Bureau’s 2020 American Community Survey and are 5-year estimates. The following states did not have enough data available for bee colonies or winter loss: Alaska, Arizona, Hawaii, Louisiana, Mississippi, Nebraska, Nevada, South Dakota.

Winter is generally the most dangerous time for bees, as they don’t hibernate and need to maintain a stable hive temperature. This is achieved by a number of worker bees eating stored food to fuel the formation of a thermoregulation cluster that generates heat for the hive. Thus, food stockpiles and winter temperatures can greatly impact hive survival.

A number of additional factors also impact hive mortality, including summer weather conditions that affect the bees’ ability to forage and store food, as well as pesticide exposure, the forage quality surrounding the hive, and parasite and pathogen infestations. Varroa mites, which can transmit viruses to bees as they feed on their blood, are the single biggest threat to honey bee health and the main cause of colony collapse disorder.

Apiary management of mites and pathogens can greatly affect winter survival rates, as can temperature regulation achieved by wrapping hives with insulative materials. Of the states with the highest hive mortality rates, many are in colder northern areas of the U.S., including Michigan, Connecticut, New Hampshire, and Vermont. 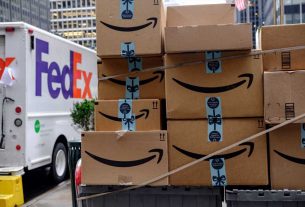 Buyers beware: Here's why it might be too late to order your holiday gifts online 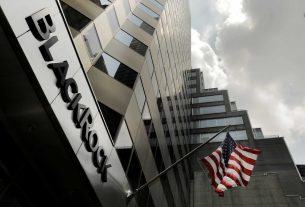 Governments — ‘not BlackRock’ — should lead the economy away from fossil fuels, economist says 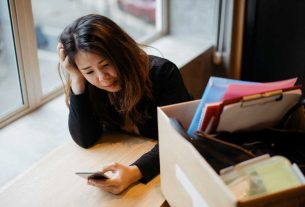