The pricey steakhouse chain founded by sexy meat seasoner Salt Bae was hit with a lawsuit Tuesday accusing the company of shorting five grill men out of many hours of overtime pay after getting them to move from Turkey to work.

The Manhattan federal court suit says Salt Bae, whose real name is Nusret Gokce, and his Nusr-Et steakhouse chain misclassified the men as managers "to avoid paying them legally required overtime pay … while requiring them to work seventy-hours or more per week."

The suit was filed by Louis Pechman, a New York labor lawyer who in 2019 won a $230,000 settlement from Nusr-Et for four waiters who said they were fired from its Manhattan location after questioning how tips were divided among staff. That agreement to pay the waiters came right before a scheduled trial of their claims by an arbiter of the National Labor Relations Board.

Pechman has filed more than 200 restaurant wage theft claims around the United States, and operates a website about restaurant workers' rights, www.waiterpay.com.

"Unfortunately, paying kitchen workers on a salary so that they are cheated out of overtime pay is a common practice in many restaurants," Pechman told CNBC after filing the lawsuit for the grillers against Nusr-Et and Gokce.

Christy Reuter, a lawyer for Gokce, had no immediate comment but said she would notify him about CNBC's request for one.

Gokce, a flamboyant native of Turkey, several years ago became the internet meme sensation known as Salt Bae for his sensuously shot videos.

Gokce's oft-viewed Instagram and Twitter posts frequently feature him in sunglasses and a tight, white shirt, expertly butchering beef with a long, sharp knife, and then drizzling salt down onto steaks, the crystals at times hitting his forearm, which he twists into the shape of a swan.

"All of my feelings are coming from inside of the meat down to when I put the salt onto the meat," Gokce once told NBC News.

In addition to locations in New York, Miami and Dallas, his steak chain now has restaurants in Istanbul, Dubai, Abu Dhabi, Mykonos and several other cities.

While getting the chance to gawk at Salt Bae himself in action if Gokce happens to be in the restaurant that night, diners fork over big bucks for the eatery's offerings.

A kale salad is one of the least expensive appetizers on the menu in New York, at $25 a pop.

The prices escalate from there, with a thick-cut wagyu ribeye steak on offer for $100 and the "Saltbae Tomahawk" wagyu — a "high marbled, mustard marinated bone in ribeye" — costing $275 apiece.

Toss in sautéed mushrooms with that, and it will cost you 15 bucks extra.

The five men who sued the chain and Gokce himself Monday claimed they were shorted some of the proceeds of those whopping dinner bills, after getting hired in 2018 and 2019 on the heels of his online fame.

Their suit says that all five men worked for the chain until the last two weeks of July.

All of them men are Turkish citizens "recruited by Defendants to relocate to the United States to work at Defendants' internationally renowned restaurants" as grillers, the suit says.

After arriving in the U.S., the suit says, the men were assigned "to work grueling hours in non-managerial positions at the restaurants" despite being classified by the chain as exempt workers, who were paid a flat weekly salary.

So-called non-exempt workers, such as cooks, are entitled to overtime pay equal to 1.5 times their hourly wage after working 40 hours in a single week.

The suit says that the most any of the men were paid was a weekly salary of $1,125.

The complaint says the men regularly worked at least 72 hours per week but were denied overtime compensation, as well as "spread-of-hours pay on days when their shifts spanned over ten hours." Restaurant workers are entitled to one extra hour of pay if their work on a single day exceeds 10 hours.

The complaint said Gokce hired the men and gave them "letters in support of their I-129 O-2 nonimmigrant visa petitions to relocate from Turkey to New York to work for Defendants."

"When Gokce was present at the Restaurants, he personally supervised Plaintiffs' work," the suit said.

"Gokce had an aggressive managerial style, frequently cursing at Plaintiffs and blaming them for other employees' mistakes."

The lawsuit also says that although each of the men regularly worked 12-hour shifts, "when Gokce was present" at the restaurants "both Gokce and the Restaurant managers instructed Plaintiffs to work additional hours because the 'boss' was present."

The cooks claim in the suit that they were instructed to prepare special meals for Gokce.

And, "During the Covid-19 pandemic and periods of social unrest in New York, managers assigned Plaintiffs to perform security work at Nusr-Et New York and Saltbae Burger, including staying at the restaurants overnight, to ensure that the buildings were not vandalized," the suit claims. 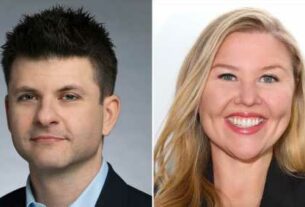 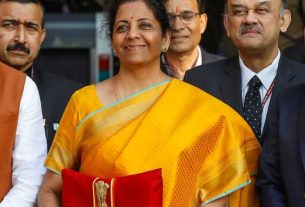 Sitharaman to explain Budget in 15 states 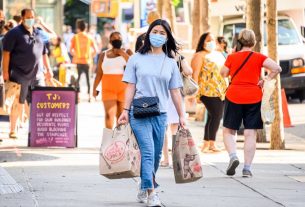 Goldman now sees a 35% jump in Q3 GDP, much higher than the rest of Wall Street