When the second season of "Awkwafina Is Nora From Queens" premieres on Wednesday, it will have some high expectations to live up to.

The first season of the half-hour scripted comedy, which draws from the life of Awkwafina (whose real name is Nora Lum), dropped in January 2020 and became the highest-rated new series premiere in three years for Comedy Central.

The show's co-creator, Teresa Hsiao, isn't fazed by the pressure.

"You know, we're Asian, so we've always been under the guise of high expectations all our lives," Hsiao says, jokingly. On a more serious note, she adds, "We've spent so much time creating this and making this our own, we really want people to love it as much as we do. By putting yourself out there and being vulnerable like that, there's always this feeling of, 'Oh, my gosh, if everyone hates it, what am I going to do?'"

For Hsiao and the team, getting the show out the door is a feat on its own after a year of filming and producing during Covid. The series' first season aired through the spring of 2020 as the coronavirus pandemic upended daily living. The global health crisis put things into perspective for Hsiao, who says she hoped "Nora From Queens" could serve as "a fun thing to get people's mind off of what's going on in this crazy world."

The second season is set during pre-pandemic times and sees Nora continuing to figure out her career, relationships and path in life as a late-20-something living in Queens, New York, with her dad, Wally (BD Wong), and grandma (Lori Tan Chinn). Already, we've seen Nora pick up odd jobs as a ride-share driver, real estate office assistant, app founder and, in the opening of the new season, a retail associate at a CBD store.

"We really wanted to create a show that was very much authentic to what it is to be a millennial," Hsiao says. "A lot of times people are doing a bunch of different jobs and they don't know what it is they want to do yet. But that's OK, and it's real life."

The career twists and turns are something Hsiao can relate to as a Harvard economics grad who thought she was going to work in finance. She even spent a summer at Lehman Brothers not long before it went bankrupt during the 2007-2008 financial crisis.

The aftermath of the Great Recession was a turning point for Hsiao, who worked in media, sports and consumer products before pivoting to TV writing and landing a staff writing job for "Family Guy" in 2012. In the years since, she's worked on shows including "American Dad," "Black Monday," "Fresh Off the Boat," and now serves as co-creator and executive producer of "Awkwafina Is Nora From Queens," which she and Lum began to develop in 2016.

CNBC Make It spoke with Hsiao, 36, about changing careers, getting to build her own team and the best work advice she's ever gotten.

This interview has been edited for length and clarity.

The difference of a representative workplace

Hiring for skill rather than connections

The nice thing about this show is being in the position of hiring, and being able to say, "All right, we're going to take chances on people." We found a writer who had been writing for an online humor magazine. It's nice finding people you know may not have come through the industry pipeline of, "I know this person who knows this person and that person."

Awkwafina and I really wanted diverse heads of department, diverse people on the writing staff. It wasn't just that they were diverse, it was saying, "Here's an opportunity that maybe you didn't get before, that we're now giving you, because we know you're going to work hard and you're ready for it."

I suppose it takes a bit of extra work to find people like that, but it's really important.

Just by virtue of existing, we're already showing Asian Americans in ways I think a lot of people haven't seen before. We want to show that Asian Americans can be funny; they don't always have to be the butt of the joke, which is really what we've seen from Hollywood in the past. They can actually tell the jokes this time.

At the end of the day, we're a comedy. We're just trying to make people laugh. We're not necessarily trying to send a message with the show. We just really want to be authentic and true to our storytelling.

I don't wake up every day thinking, "I'm Asian. What am I going to do to be Asian today?" Issues of identity are of course an important element, but it's not something that's like a constant thought every day. We are just proud to be ourselves, and we're just living our lives.

We wrote season two before the pandemic, so we weren't writing in response to conversations of anti-Asian violence. But there were elements on the set while we were shooting that we ended up putting in. We do have a platform here. We do feel a responsibility. We are one of the only Asian American shows out there. By humanizing the family and humanizing this community, in a way we're always going to have that responsibility just by virtue of not having a lot of other shows out there. Which is crazy. There should be more shows out there featuring Asian American people.

How she changed careers

In my own life, I thought I was going to be an investment banker. I worked at Lehman Brothers in the summer of 2006. A year and a half later, Lehman Brothers went bankrupt and triggered a $700 billion government bailout. And I thought, "OK, well, this is not the right path for me." But who knew at the time what it would be?

As I took different jobs, I was always working on the side on scripts. That was the thing that got me my first job writing for a Canadian kids show, just having scripts and material ready to pitch. It's a combination of being patient and having the right material, because it's a long slog. Everyone says you need to know someone to break into the industry, but I didn't know anyone going in. So I had to tell myself, "when you meet someone interesting, just reach out."

As a writer, we're all a little neurotic and insecure. It's common to have this constant feeling of like, "Wait a minute, am I doing the right thing?" So part of getting over it is remembering that you've already been putting in the hours of working, learning your business, that you know what works and what doesn't.

But it's tough to prove that to someone else. Especially when you know you can do it, but at the same time, you have to convince this other person you can do it, even if you don't look like a typical person who's done this before.

You have to remember, "I get to make my own story this time. I deserve this because of all the things I've already done."

In the show, Nora is still trying to figure out, "What is my thing?" I don't know if it ever goes away. But I think having that little bit of doubt in your mind is also the thing that keeps people humble.

There are so many things you're going to put out there in the world, and it's going to be received differently from how you how you see it. And you have to be OK with that failure and be able to roll with it.

How a $500 plane ticket launched actor BD Wong to roles in ‘Mr. Robot’ and ‘Nora From Queens’ 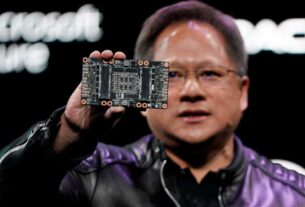 Options traders divided on Nvidia as chipmaker gears up for earnings 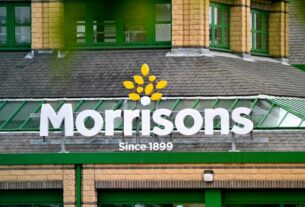 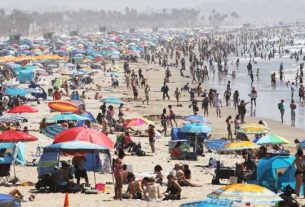